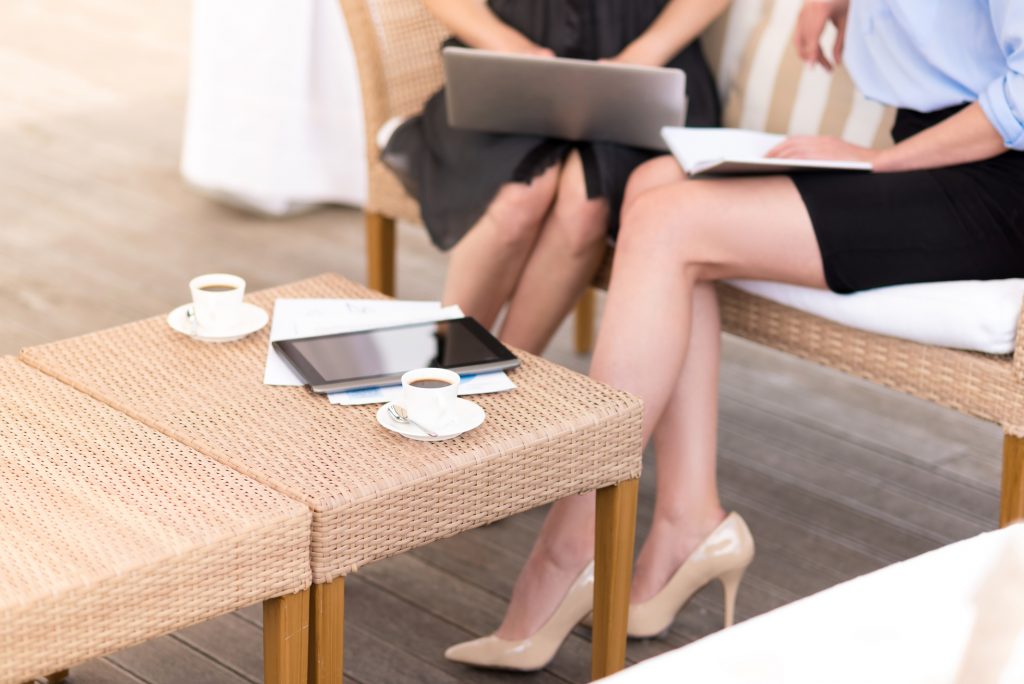 Toxic people defy logic. Some are blissfully unaware of the negative impact that they have on those around them, and others seem to derive satisfaction from creating chaos and pushing other people’s buttons.

Either way, they create unnecessary complexity, strife, and worst of all stress.

Studies have long shown that stress can have a lasting, negative impact on the brain. Exposure to even a few days of stress compromises the effectiveness of neurons in the hippocampus — an important brain area responsible for reasoning and memory.

Weeks of stress cause reversible damage to neuronal dendrites (the small “arms” that brain cells use to communicate with each other), and months of stress can permanently destroy neurons. Stress is a formidable threat to your success — when stress gets out of control, your brain and your performance suffer.

Most sources of stress at work are easy to identify. If your non-profit is working to land a grant that your organization needs to function, you’re bound to feel stress and likely know how to manage it. It’s the unexpected sources of stress that take you by surprise and harm you the most.

Recent research from the Department of Biological and Clinical Psychology at Friedrich Schiller University in Germany found that exposure to stimuli that cause strong negative emotions — the same kind of exposure you get when dealing with toxic people — caused subjects’ brains to have a massive stress response.

The ability to manage your emotions and remain calm under pressure has a direct link to your performance. TalentSmart has conducted research with more than a million people, and we’ve found that 90% of top performers are skilled at managing their emotions in times of stress in order to remain calm and in control.

While I’ve run across numerous effective strategies that successful people employ when dealing with toxic people, what follows are twelve of the best. To deal with toxic people effectively, you need an approach that enables you, across the board, to control what you can and eliminate what you can’t. The important thing to remember is that you are in control of far more than you realize.

They Set Limits (Especially with Complainers)

Complainers and negative people are bad news because they wallow in their problems and fail to focus on solutions. They want people to join their pity party so that they can feel better about themselves. People often feel pressure to listen to complainers because they don’t want to be seen as callous or rude, but there’s a fine line between lending a sympathetic ear and getting sucked into their negative emotional spiral.

You can avoid this only by setting limits and distancing yourself when necessary. Think of it this way: if the complainer were smoking, would you sit there all afternoon inhaling the second-hand smoke? You’d distance yourself, and you should do the same with complainers. A great way to set limits is to ask complainers how they intend to fix the problem. They will either quiet down or redirect the conversation in a productive direction.

They Don’t Die in the Fight

Successful people know how important it is to live to fight another day, especially when your foe is a toxic individual. In conflict, unchecked emotion makes you dig your heels in and fight the kind of battle that can leave you severely damaged. When you read and respond to your emotions, you’re able to choose your battles wisely and only stand your ground when the time is right.

Toxic people drive you crazy because their behavior is so irrational. Make no mistake about it; their behavior truly goes against reason. So why do you allow yourself to respond to them emotionally and get sucked into the mix?

The more irrational and off-base someone is, the easier it should be for you to remove yourself from their traps. Quit trying to beat them at their own game. Distance yourself from them emotionally and approach your interactions like they’re a science project (or you’re their shrink, if you prefer the analogy). You don’t need to respond to the emotional chaos — only the facts.

They Stay Aware of Their Emotions

Maintaining an emotional distance requires awareness. You can’t stop someone from pushing your buttons if you don’t recognize when it’s happening. Sometimes you’ll find yourself in situations where you’ll need to regroup and choose the best way forward. This is fine and you shouldn’t be afraid to buy yourself some time to do so.

Think of it this way — if a mentally unstable person approaches you on the street and tells you he’s John F. Kennedy, you’re unlikely to set him straight. When you find yourself with a coworker who is engaged in similarly derailed thinking, sometimes it’s best to just smile and nod. If you’re going to have to straighten them out, it’s better to give yourself some time to plan the best way to go about it.

This is the area where most people tend to sell themselves short. They feel like because they work or live with someone, they have no way to control the chaos. This couldn’t be further from the truth. Once you’ve found your way to Rise Above a person, you’ll begin to find their behavior more predictable and easier to understand. This will equip you to think rationally about when and where you have to put up with them and when you don’t. For example, even if you work with someone closely on a project team, that doesn’t mean that you need to have the same level of one-on-one interaction with them that you have with other team members.

You can establish a boundary, but you’ll have to do so consciously and proactively. If you let things happen naturally, you are bound to find yourself constantly embroiled in difficult conversations. If you set boundaries and decide when and where you’ll engage a difficult person, you can control much of the chaos. The only trick is to stick to your guns and keep boundaries in place when the person tries to encroach upon them, which they will.

They Won’t Let Anyone Limit Their Joy

When your sense of pleasure and satisfaction are derived from the opinions of other people, you are no longer the master of your own happiness. When emotionally intelligent people feel good about something that they’ve done, they won’t let anyone’s opinions or snide remarks take that away from them.

While it’s impossible to turn off your reactions to what others think of you, you don’t have to compare yourself to others, and you can always take people’s opinions with a grain of salt. That way, no matter what toxic people are thinking or doing, your self-worth comes from within. Regardless of what people think of you at any particular moment, one thing is certain — you’re never as good or bad as they say you are.

They Don’t Focus on Problems — Only Solutions

When it comes to toxic people, fixating on how crazy and difficult they are gives them power over you. Quit thinking about how troubling your difficult person is, and focus instead on how you’re going to go about handling them. This makes you more effective by putting you in control, and it will reduce the amount of stress you experience when interacting with them.

Emotionally intelligent people are quick to forgive, but that doesn’t mean that they forget. Forgiveness requires letting go of what’s happened so that you can move on. It doesn’t mean you’ll give a wrongdoer another chance. Successful people are unwilling to be bogged down unnecessarily by others’ mistakes, so they let them go quickly and are assertive in protecting themselves from future harm.

Sometimes you absorb the negativity of other people. There’s nothing wrong with feeling bad about how someone is treating you, but your self-talk (the thoughts you have about your feelings) can either intensify the negativity or help you move past it. Negative self-talk is unrealistic, unnecessary, and self-defeating. It sends you into a downward emotional spiral that is difficult to pull out of. You should avoid negative self-talk at all costs.

They Limit Their Caffeine Intake

Drinking caffeine triggers the release of adrenaline. Adrenaline is the source of the “fight-or-flight” response, a survival mechanism that forces you to stand up and fight or run for the hills when faced with a threat. The fight-or-flight mechanism sidesteps rational thinking in favor of a faster response. This is great when a bear is chasing you, but not so great when you’re surprised in the hallway by an angry coworker.

They Get Some Sleep

I’ve beaten this one to death over the years and can’t say enough about the importance of sleep to increasing your emotional intelligence and managing your stress levels. When you sleep, your brain literally recharges, shuffling through the day’s memories and storing or discarding them (which causes dreams), so that you wake up alert and clear-headed. Your self-control, attention, and memory are all reduced when you don’t get enough — or the right kind — of sleep. Sleep deprivation raises stress hormone levels on its own, even without a stressor present.

A good night’s sleep makes you more positive, creative, and proactive in your approach to toxic people, giving you the perspective you need to deal effectively with them.

They Use Their Support System

It’s tempting, yet entirely ineffective, to attempt tackling everything by yourself. To deal with toxic people, you need to recognize the weaknesses in your approach to them. This means tapping into your support system to gain perspective on a challenging person. Everyone has someone at work and/or outside work who is on their team, rooting for them, and ready to help them get the best from a difficult situation. Identify these individuals in your life and make an effort to seek their insight and assistance when you need it. Something as simple as explaining the situation can lead to a new perspective. Most of the time, other people can see a solution that you can’t because they are not as emotionally invested in the situation.

Bringing It All Together

Before you get this system to work brilliantly, you’re going to have to pass some tests. Most of the time, you will find yourself tested by touchy interactions with problem people. Thankfully, the plasticity of the brain allows it to mold and change as you practice new behaviors, even when you fail. Implementing these healthy, stress-relieving techniques for dealing with difficult people will train your brain to handle stress more effectively and decrease the likelihood of ill effects.