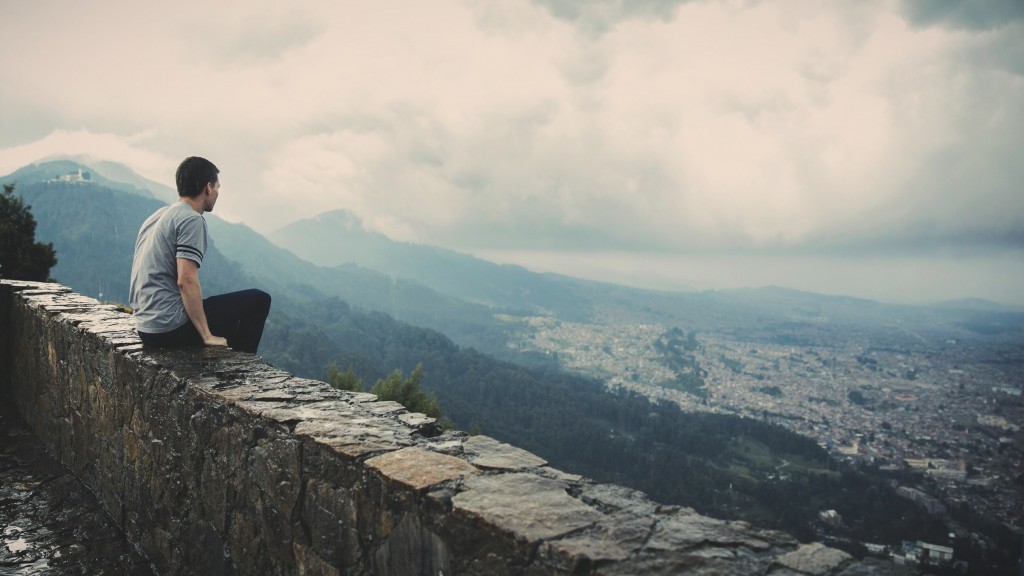 A lot of advice about how to live your life will be coming your way. Regardless of what anyone tells you, I ask that you do one thing: consider how old it is.

I graduated college in 2009 fully intending to become a Navy SEAL. I was accepted into SEAL training, and several months later, for reasons I’m still not sure about, I quit.

I was thrust back into “civilian life” and felt aimless. What should I do now? I first turned to the Internet in search of wisdom (always a risky endeavor). I read The Four Hour Work Week, a book by lifestyle designer Tim Ferriss who advocates becoming incredibly productive and minimizing doing work you dislike and spending most of your time doing only things you enjoy. I followed travel bloggers who quit their jobs to spend a year traveling around the world and fantasized about doing the same. I discovered the pop psychology advice genre that turns psychological research into advice on becoming happy.

This advice didn’t work. I ended up more confused and lost about what I should be doing with my life.

So last year I decided to try something different. I decided to look to ancient sources of wisdom for advice on how to live a good and meaningful life and created what I call The Ancient Wisdom Project.

The rules of the project are simple:

The results of these experiments were powerful, certainly far more powerful than anything I found in modern self-help literature. Here are just a few of the lessons I learned that I hope will encourage you to take a similar approach to evaluating the advice you receive in the coming months.

The core belief in our meritocratic culture is that you can achieve great success if you work hard enough. The risk of this thinking is we become too attached to our desire for success, rather than the cultivation of a coherent and virtuous moral character.

Stoicism, an ancient Greek philosophy, is premised on the idea that there are certain things within your control, and far more things that are not.

My practice and study of Stoicism, which included daily ice baths and negative visualization exercises, confirmed that this ancient insight is still relevant to our modern lives.

Last year, I wanted to quit my job. It wasn’t that it was particularly hard, rather, it was incredibly boring and seemingly meaningless. Though it was tempting to follow modern career advice and quit to do something more interesting, I resisted, and dived into my Catholic month.

My experiment with Catholicism, which included Jesuit spiritual exercises and daily attendance at Mass, taught me that giving oneself to the service of others is far more gratifying than pursuing self-interest. I came away acknowledging how much energy I was spending on obsessing on my own desires for the perfect job, energy that could be better spent, perhaps, thinking of ways to serve others.

A few weeks later I started volunteering at Miriam’s Kitchen. A few hours per month serving breakfast to the homeless, while certainly a small contribution, has made me feel like at least some of my work is doing some good in the world. More importantly, doing something for others lets your forget your own desires, which is a relief! Thinking about what you want all the time is exhausting.

You, my brothers and sisters, were called to be free. But do not use your freedom to indulge the flesh; rather, serve one another humbly in love.

It’s also important to not think too highly of yourself. During my Islam month, I practiced Salat, or prayer, five times per day with the goal of cultivating humility. These prayers, inconvenient by design, acted as a sort of check against my arrogant tendencies. I became aware of how much I resented my co-workers as idiots or sheep. Though I can’t say that those feelings are gone, I find that simply acknowledging them allows me to be more open and less frustrated with others.

Bring anger and pride under your feet, turn them into a ladder and climb higher…

Don’t become its victim you need humility to climb to freedom.

A commitment to humility and service requires a systematic emptying of the self, a practice in which ancient religions excel.

Modern advice tells us to enlarge the self.

Ancient wisdom tells us diminish the self for others.

Get a Real Life

As new graduates, you will have to work hard as you start your careers. But at some point you will realize that work can’t fulfill all your needs. You might think you need more “work-life balance,” but simply reducing the amount of time you spend at work is not sufficient for creating a life.

During my Judaism month, I attended daily Minyan services (a type of prayer service) at a local synagogue. The Minyan was mostly filled with retired people (it was a 7:30 AM service, after all), and it mostly consisted of regulars.

While they all began attending for different reasons, they all found that actively setting aside time each week to communally study and pray added a layer of depth to their lives that is increasingly rare in a rushed society that promotes passive rest rather than spiritual recovery.

These voluntary obligations outside of work are necessary and difficult. I attempted to observe Shabbat (the Sabbath), which begins at sundown on Friday and ends at sundown on Saturday. Shabbat advocates a powerful combination of removing the profane distractions of everyday life and adding active participation in sacred rituals that allow us to connect more deeply with our humanity.

Ban yourself from using your laptop or phone during Shabbat and you will find time to read, take long walks, and contemplate. If you make the necessary preparations to host a Shabbat dinner, you will renew your relationships with your friends and family over food and wine without the distractions of a noisy bar.

The Sabbath is a day for the sake of life. Man is not a beast of burden, and the Sabbath is not for the purpose of enhancing the efficiency of his work. ‘Last in creation, first in intention,’ the Sabbath is ‘the end of the creation of heaven and earth

While not as easy as ordering a pizza and turning on Netflix on a Friday night, committing to this ancient system of sacred rest and spiritual renewal is far more rewarding.

Ancient wisdom tells us to work hard at building a life.

I chose the 500 years criterion somewhat arbitrarily. I figured if a particular philosophy or religion has survived at least five centuries there must be some value to it. It’s not perfect, but after a year of experimenting with this heuristic I find it works remarkably well for evaluating the advice I receive.

So the next time you are looking for advice on the way forward, you might turn to a theologian, prophet, philosopher, or saint before any modern-day blogger (except for me, of course).

[Ed Note: Dale Davidson is a human capital consultant who is interested in learning how ancient wisdom can still be relevant to our modern lives. After 5 years of job and continent hopping, he felt disappointed in the quality of the available modern personal development and career advice and thus devised a project to systematically explore how ancient religions and philosophies can be applied to our daily lives.]
Posted in Self-Improvement, Skill Development, Spirituality
This error message is only visible to WordPress admins