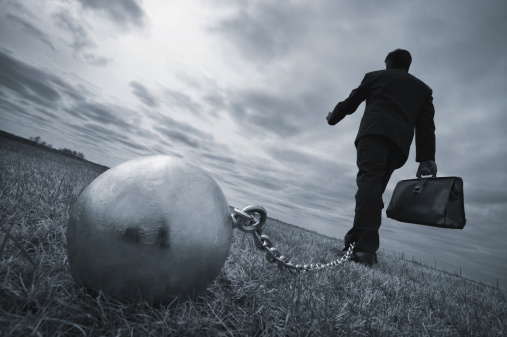 A lot of angry people out there are trying to control you and even kill you.

I bet you can list at least a dozen people trying to control you right now.

I wrote an article the other day saying how I was paid up on my taxes for the first time ever but that it made me sick to my stomach.

Taxes and money are a very emotional issue for many people. Some people wrote me angry letters. In two cases, I wrote back saying, “Please reread the article.” And then they reread and apologized.

How come they apologized? Because they didn’t read it. They just projected their own anger onto my article and then onto me. That’s what most people do all the time. They are sick, but they puke on you.

I have two challenges: Not letting people control me, and not trying to control anyone else. When I succeed at these two things, life is pretty good.

The first time I ever made a lot of money, it did not make me free. It cost me my freedom. Before I had money, I had a lot of friends. I did what I wanted on weekends and at night. I had fun.

After I had money, I started thinking I needed to make more money – A LOT more. I started buying things I couldn’t really afford. I felt people wouldn’t like me if I didn’t have these things.

I started lending money out to friends and family in the hopes of “helping” them. I thought people would like me if I “saved” them.

NOBODY will ever remember how you helped them. And you can’t save anyone. This was my first lesson.

My second lesson is that I never really owned anything. When I “owned” a house, I became a slave to the bank, slave to the government, slave to upkeep of the house, slave to the other people living in the house (my family, who I became afraid would be homeless).

Third, I let money determine the people I associated with. Eventually, I ended up with no friends or family. The people I truly loved at the time, I lost. I still regret it.

I was afraid of consequences. I was afraid to lose “everything,” even though I had already lost it.

I sold everything. I had to give up many of my friendships and even many of my family relationships. I disappointed probably everyone. But it was the only way I could get free and start from scratch.

Once I started from scratch, I was able to begin the long process of reinventing myself.

I probably own nothing right now except some clothes and some books. And all my relationships, 100% of the people I talk with are only with people I choose to talk to.

If someone in my life tries to control me because of his own fears and angers, then he’s out.

I also try to not control anyone else. If someone does something I don’t like, I know I can’t control what he thinks or does.

It’s useless, and it’s a waste of my time. I try to change my circumstances so I don’t have to deal with those people.

What if you are stuck in a job and have bills to pay because of past mistakes? You have to work for your freedom then. And it’s an ongoing process. It’s every day.

The key to freedom is luck. But luck is not magic.

1. Persistence is a sentence filled with failures punctuated by the occasional success.

2. Diversification means coming up with 1,000 ideas and implementing the 1% or 2% that seem reasonable.

Coming up with thousands of ideas means having the energy and creativity to brainstorm.

Energy equals Physical plus Emotional plus Mental plus Spiritual health.

All forms of health are a function of how much you control your own life divided by how much people control you.

When I respond to an angry comment, someone controls me. Anger controls me. Then, I spend less time being healthy.

If I’m in an unhappy relationship, but I’m afraid of the consequences of breaking out of it, then fear controls me.

If I daydream arguments between myself and a boss or a sister or a colleague or whoever, then anger is controlling me. Their issues have nothing to do with me.

If I let them control me or I try to control them, then I sacrifice my health. Then, I can’t generate ideas. I’m not persistent. I get unlucky. I lose my freedom.

Every time. No exceptions. I’d rather be healthy than “right.”

This is fine. But it won’t work unless you control what’s happening on the inside world first.

This is the one thing truly under your control. It’s the only way to choose yourself.

Don’t be the slave. Be the master.

[Editor’s note: James is the host of the #1 business podcast, The James Altucher Show. In the incredible first episode, James interviews a man that essentially reinvented the book-publishing industry. After writing a book and receiving hundreds of rejection notices, this man changed the rules and has since sold nearly 3 million copies of his book and he’s also made a lot of money. You don’t want to miss what he had to say. The easiest way to listen is to subscribe to his podcast through iTunes. Click here to listen.]

Posted in Careers, Entrepreneur, Motivation, Self-Improvement, Skill Development
#repost from @motivationmafia With all the hard w