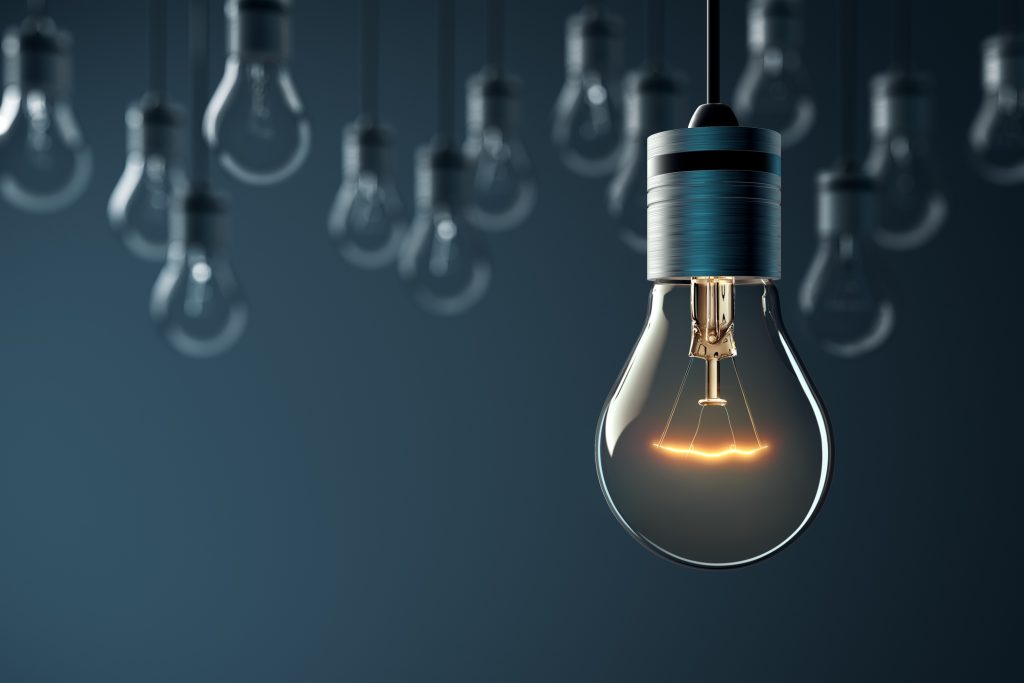 I was depressed. And I had about four months before I was dead (meaning: I would run out of money).

The idea muscle is like any other: it atrophies without use. Mine had atrophied.

Every morning I would leave for “work” (I was unemployed and unemployable at that moment) and go to a cafe.

I’d read parts of one book on games, one non-fiction, and one fiction. The non-fiction could be any topic.

I sent out ideas to businesses I can help. I didn’t say, “How can I help you?” I gave them the ideas and didn’t expect anything back.

This was in 2002. Fourteen years ago. I started doing it every day. I also did it this morning.

What to do with your ideas

It’s just exercise. If you write down ten ideas a day, that’s 3,650 ideas a year. Maybe you will have 10 ideas worth testing among those 3,650. Maybe one idea will be good. And that would be a great result.

If an idea is good, then after you write it, it might stick in your mind a little. Then the next day you can write down ten ideas expanding on that one idea. Until you have an idea to test.

But never forget it’s just exercise so that your idea muscle is ready once the good idea comes along.

George Lois, who has written many great books on advertising, once wrote a story. He told his employees they had a new client and he needed a good idea from each of them by lunchtime. None of them had even a single idea by lunchtime. So George told them, “I need ten ideas from each of you in an hour.”

He came back an hour later and they all had ten ideas done. Most of them bad. But they had the ideas. More ideas are better than one idea. Then let experimenting take over.

Now you have to test. One exercise is to write down “ten ideas to test an idea.”

Example #1: Call up ten people in the demographic of your idea. Describe it completely. Or, if it’s easy, make the idea. Now see how many of the ten will buy it.

Example: if you want to start a restaurant, first make dinner at your house, invite your friends over but only if they pay $20 to eat your meal. See the reaction.

When I first started making websites for companies, I called up every friend I had working at different companies. I asked them if they needed a website built for their company and I told them why it was important.

Twenty or 50 people said “no.” One or two said yes. And I was in business.

Example #2: Facebook ads. You have an idea for a new diaper that is “self-cleaning” and reusable and easy to attach (I know, this is impossible). Make a Facebook ad: “New, self-cleaning diaper! Reusable for years!”

Have them click to a website where you can collect their email address in exchange for info when the diaper is ready (plus offer a discount). Then make some samples, write the people who signed up, see if they buy and can provide testimonials.

If all works, then you can scale. You now have a business.

If you keep coming up with 10 ideas a day, you will come up with a business idea.

Anders Ericsson is the scientist who popularized the 10,000-hour rule. The 10,000- hour rule suggest that with 10,000 hours of “dedicated practice” you can do almost anything.

Many people who practice for 10,000 hours end up no better than when they started.

For instance, he picked out random students and made them into world champions of memorizing strings of hundreds of digits read out loud at one digit per second. He demonstrated that by the time Mozart was seven years old it wasn’t that he was amazingly talented, it was that he had already put in 10,000 hours of study in a house filled with musicians and musical instruments.

Ideas are a practice:

•    Practice every day coming up with ideas.

If you have trouble coming up with ideas, try what I call “Idea Sex:” Take an old idea. Take a new idea. Combine them.

“50 Shades of Donald Trump.” Write it and make some money.

Sound ridiculous? It is. And yet, comedian Elijah Daniel did it. He wrote, “The Billionaire and the Bellboy,” self-published it on Amazon, and sold enough copies (it hit #2 in erotica) that he’s now working on a trilogy.

Now we have Juicero, which just raised $30 million and sends you pre-packaged ground fruits in packets for your juicero to make juicing as easy as possible.

What if you’re not a natural entrepreneur? Stop telling yourself a corporatist myth. Corporatism has only existed for 200 years, give or take. Before that, everyone was an entrepreneur.

(Editor’s note: This is an excerpt of James Altucher’s article, “How to Quit Your Job the Right Way.” Read the full article here.)

Posted in Articles, Motivation, Self-Improvement, Skill Development
#repost from @motivationmafia With all the hard w