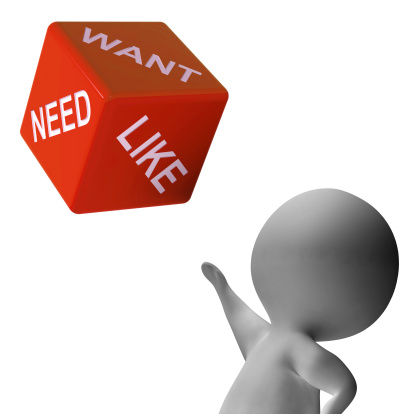 As every straight-thinking adult knows, a faulty belief system — i.e., a belief system based on false premises — leads to bad consequences. Perhaps the best example of this is a person who is caught up in the Victimization Trap.

It’s a trap that mentally paralyzes the afflicted person, because he comes to believe the deck has been stacked against him. Such a misguided individual tends to see himself as a helpless victim of an unjust world, which has the effect of removing the incentive to try to improve his life.

The disintegration of Western culture over the past half century has been the number-one culprit when it comes to encouraging people to harbor false premises that lead them into the Victimization Trap. All who embrace the self-destructive notion of victimization are doomed, at best, to mediocrity; at worst, to total failure.

The Victimization Trap has been set by vote-hungry politicians, self-anointed crusade leaders, and shameless legal hucksters operating under the respectable-sounding label of “personal-injury attorney” or “civil-rights attorney.” These master truth twisters spread lies that appeal to our human frailties, negatively condition our minds, and lead us to accept false premises.

There are two major problems with victimization. First, it allows a person to harbor the poisonous belief that material gain without work is possible. Second, those who benefit from the Victimization Trap do so at the expense of others. (More on this later.)

If finding truth is important to you, you must first learn to love truth. You must love truth so much that you are willing to let go of cherished beliefs. Victimization is a mind-set that makes it especially easy to confuse truth with personal desires, and one’s desires must always be subordinated to truth.

The Magic of Semantics

In order to escape the Victimization Trap, it is helpful to back up a step and examine its roots. A human being is a creature of infinite desires, and it is quite normal to want to fulfill as many of those desires as possible. However, he is aware that merely telling people that he wants something is not likely to produce results.

To overcome this problem, it has become popular to claim that whatever one desires is a “need.” The transformation of a desire into a need is an integral component of the Victimization Trap. Need, of course, is a subjective word; i.e., it is but an opinion.

In reality, there is no such thing as an absolute need. I may think that I need a Rolls-Royce; you may think I need a bicycle. Neither of us is right or wrong; we merely have a difference of opinion.

However, my desire for a Rolls-Royce is an entirely different matter. There is no opinion involved. If I desire a Rolls-Royce, that’s my business. It only becomes your business if I arbitrarily decide that you have an obligation to buy it for me on the grounds that it’s a “need” and that I am therefore “entitled” to it.

The fact that I may call my desire for a Rolls-Royce a need is, of course, semantic nonsense. I may just as well call it a wart, because, regardless of what word I assign to it, I still have no moral right to force you to help me acquire it just because I happen to want it.

However, this camouflage is only the first step in the semantics game that is part and parcel to the Victimization Trap. The second step involves the clever elevation of “needs” to “rights.”

All Western cultures now accept the belief that every individual has a “right” to an education, a “right” to a “good” job, a “right” to a “living” wage, a “right” to “decent” housing, a “right “ to “good” healthcare, a right to virtually anything that a person can establish as society’s obligation to him. This is in direct contrast to earlier times in America when most people believed that no one had a right to anything except life, liberty, and the pursuit of happiness.

Unfortunately, Western civilization has devolved to the point where the use of force and fraud can be easily justified on the grounds that such measures are necessary to make certain that people’s “rights” are not violated, i.e., to make certain their individual desires are fulfilled.

When all is said and done, this is precisely what politics is all about. H. L. Mencken summed it up perfectly when he described an election as “an advanced auction of stolen goods.”

The problem with the desires-to-needs-to-rights game is the same as I described earlier about the Victimization Trap in general: In order to fulfill the perceived rights of one person, another person’s right to his liberty must be violated, because any product or service that an individual may desire must be produced by someone else.

And if the product or service (or the money to purchase it) is taken from a productive individual against his will, then that individual’s rights have been sacrificed to the desires of the person who receives the largesse.

The increasing prevalence of the Victimization Trap has reached such grotesque proportions in Western society that it now accords the victim label to virtually everyone. And nothing deadens the soul quite like victimization, because it kills off the motivation to take action on your own behalf.

Fortunately, you don’t need a bushel full of artificial rights to get what you want in life. On the contrary, you can get everything you want — easier, faster, and in far greater abundance — without using government force to make others give it to you.

And, as a bonus, when you achieve success on your own merits, it gives you a sense of accomplishment and high self-esteem. If everyone were rewarded just for being alive, self-esteem would not be possible and life would have no purpose. Not a very attractive payoff, to say the least.

[Ed Note: Robert Ringer is the author of three #1 bestsellers, two of which have been listed by The New York Times among the 15 best-selling motivational books of all time. Through his books, articles, speeches, and seminars, he has helped more people transform their aspirations and goals into reality than perhaps any other author in history. His articles appear regularly in Early to Rise, A Voice of Sanity, WorldNetDaily, and numerous newspapers nationwide. Gain immediate access to A Dealmaker’s Dream and many bonuses for 66% off here.]
Posted in Motivation, Self-Improvement, Skill Development
This error message is only visible to WordPress admins