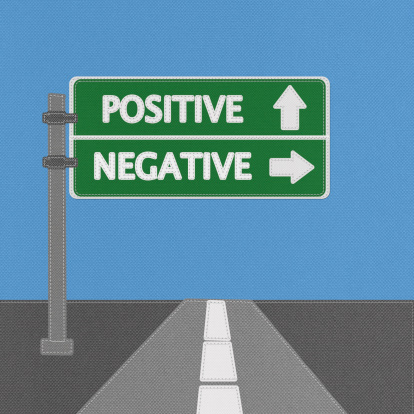 Though you yourself may possess a positive outlook on life, it’s still a good idea to avoid negative people, particularly those who are critical of your aspirations or goals. Even if you try to ignore negativism in your midst, spoken words (not to mention facial expressions) are recorded by your subconscious mind.

Just as positive images stimulate your body mechanisms to do whatever is necessary to convert those images into physical realities, so it is with negative images, which explains the phenomenon of “self-fulfilling prophecies.” If you allow too much negativism to enter your subconscious mind — let alone your conscious mind — when difficulties arise, it’s quite natural to begin wondering if your critics weren’t right after all.

Life loves to beat you down, but you have no obligation to help it do so. And because life offers plenty to be negative about, that’s all the more reason to avoid negative people.

You need all the positive thoughts you can absorb in order to combat the never-ending stream of unpleasantness that invites itself into your life. In extreme cases, a negative thought can nudge a person from frustration to despair, and despair can rapidly become a terminal problem.

Negativism can sneak up on you before you realize the impact it’s having on your thoughts. Some of the nicest people I know are negative, which in some respects makes them potentially more dangerous than negative people who are nasty. It’s natural to be on guard when you’re around a malevolent person, but you tend to let down your guard when you’re in the presence of someone who is generally pleasant.

In fact, negativism often comes from those closest to you, particularly family members, which can make it an especially difficult problem to deal with. The friend or family member offering “advice” may be well meaning, but his observations could still be incorrect.

Because of this danger, you should condition yourself to make tough decisions when it comes to not allowing even the nicest negative people to come into, or stay in, your life. If you need inspiration to accomplish this, just ask yourself how many times you’ve achieved successful results when you were in a negative state of mind.

Constructive advice from the right party can be worth a fortune to you, while ill-intended criticism from the wrong party can do more to tear you down, damage your self-esteem, and prevent you from actively pursuing your dreams than just about anything else I can imagine.

As such, it’s important to be selective about the people from whom you accept criticism. Do you respect the person handing out the criticism? Are his own hands clean with regard to the subject matter of his criticism? Does he have his own life in order? If the answer to any of these questions is no, just thank the person for his “concern,” delete his comments from your mind, and walk away.

The agendas of some people seem to be nothing more than to discourage others, preferably by assuring them that they can’t succeed at what they’re trying to accomplish. If there’s one thing you don’t need in your life, it’s someone who emphasizes negatives and tries to chip away at your self-confidence.

A pathological critic usually is just an unhappy person who repeatedly confirms the truth in the old saying “misery loves company.” Such an individual thrives on the opportunity to pull others down to his level, and, if you’re not careful, he can soon have you prostrating yourself and relating your troubles to him.

At that point, he’s got you. He will happily pontificate to you, appoint himself as your psychologist, and tell you everything that’s wrong with you — with a certitude that implies that he is problem-free and totally well adjusted. His ultimate joy is to succeed in making you psychologically dependent upon him. In this regard, be especially wary of so-called experts, particular self-anointed experts whose chief objective seems to be to make certain that you clearly understand their superiority over you.

Writers learn about negativism from experts early on, because they are criticized regularly by total strangers, particularly book reviewers. Ignoring professional critics isn’t an act of defiance; it’s a matter of survival. A writer would have to be suicidal to base his work on the opinions of a handful of critics.

In this regard, two quotes have been enormously helpful to me over the years, preventing me from allowing my philosophy and writing style to be altered by critical comments. The first, which I read every morning before sitting down to write, is from E. B. White: “The whole duty of a writer is to please and satisfy himself, and the true writer always plays to an audience of one.” The second is from Ayn Rand: “Freedom comes from seeing the ignorance of your critics and discovering the emptiness of their virtue.”

In substance, these two quotes apply to everyone, not just writers. It is both admirable and noble to believe in your work and your code of ethics strongly enough to be able to ignore uninvited criticism. I’m sure you don’t need me to remind you that to the degree you are successful, you will be criticized, because success breeds jealousy and envy.

To paraphrase the late 19th century essayist Elbert Hubbard, the only way to escape criticism is to say and do nothing, which, in turn, guarantees that you will accomplish nothing. Constructive advice can be of great value, but ill-intended criticism from the wrong party can become a huge obstacle to action.