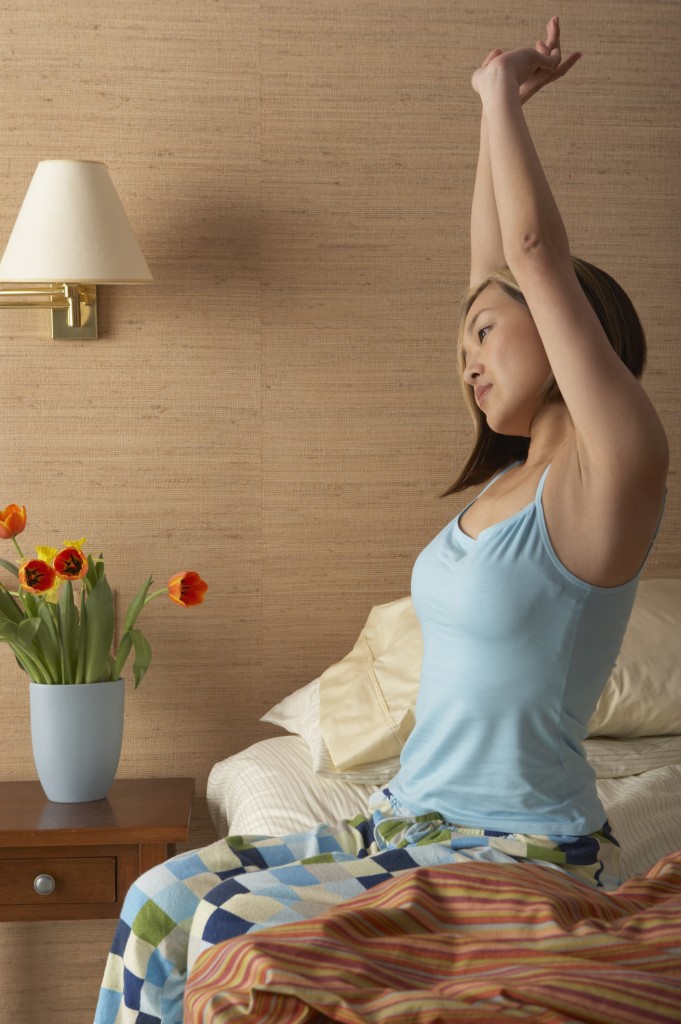 Once upon a time in a world not too far away, I used to live my life in chronic pain. Sometimes it was just a nuance and I’d barely give it a second thought. Other times it would gnaw at me like a hungry, rabid animal. I tried to make friends with it. We would have long conversations over ice packs about how we could learn to live with each other. I took weekly trips to the chiropractor; sometimes I would even go two or three times in one week. That was fun to explain to my boss…. especially when in those same weeks I’d get hit with a migraine, triggered by my pain. My only course of remedy was to crawl into a black hole where I would lie motionless for hours, or even an entire day. Good times.

I was given migraine medicine and told the car accident I was in when I was younger was to blame. The doctor said that the spine is complex but it’s also delicate. The impact strains the ligaments and muscles in the back, and the facet joints bear the brunt of the force. This can result in several types of injuries — whiplash, disc herniation, compression fractures, and spondylolisthesis. (I had to look up that last one — it’s a forward displacement of a vertebra, usually due to a stress fracture in the bone.) But at the time, all my tests came back clear. I was just “banged up” as the doctors put it. Yeah, I guess flying out of a side window of a car that rolled five times could do that to a person. I was lucky, they said. It could have been much worse, they said. This is when I learned that what couldn’t be seen, didn’t count. A lot of people living in chronic back pain know exactly what I mean but just in case some of you reading this don’t, here’s the thing — I didn’t have broken bones or any serious injuries that people could “see” — therefore I couldn’t be “too bad off,” as some would put it. All I had were bruises and scrapes, and those eventually healed. I was considered “fine.” My back pain and migraines would eventually go away with some chiropractic visits and maybe some physical therapy. So I did all of that. Fast-forward more than 20 years later and I’m still fighting the same fight. Well, until I decided to try a very specific yoga program for pain relief. But I’ll get back to that in a minute.

Yes, the chiropractor offered me some initial relief and throughout the last 24 years we’ve had an on-again, off-again relationship. But it was starting to feel like that person you’ve been seeing… you know it isn’t going anywhere but you’re just too complacent to do anything about it. It’s comfortable, they know you, you know them… but it also costing you money (because your insurance says you only get 12 visits a year and you need like 52).

Physical therapy was great while it lasted too. I didn’t mind the inconvenient commute… at first. It was there that I first learned about strengthening my back and all the muscles surrounding it, especially my core. But insurance only covered so many of those visits — and when it was up, I had to stop. Unfortunately, PT was too expensive for me to pay for out of pocket. Plus, I felt good for a little while, so I stopped doing the exercises and the stretches. So years and years went by while I just learned to “live with it.” But that’s the thing, I wasn’t really living. I’d make excuses not to go out because I didn’t want to complain about my back pain or the migraine I had. Hearing friends say, “Oh your back hurts again…. you have another migraine?” was just getting to be a little tiresome. Sometimes I’d literally be doing nothing but walking down the street and I’d get a sharp pain down my back to my butt – I later learned that was sciatica. Oh and I can’t forget the time when I went to turn my alarm off and literally the action of turning my head locked my neck up. I couldn’t move it more than a fraction in each direction for days. Fun…. what else did I have to look forward to? They say 40 is the new 30, 50 is the new 40 and so on, but not at the rate I was going.

I needed to try something different. Something I could stick with. Something that wouldn’t cost me an arm and a leg. Something I could do in the privacy of my own home. And something that worked. I Googled and Googled my little heart out and started finding a lot of articles and stories about yoga being used to relieve pain. About how yoga, by design, is a strengthening and stretching exercise. Its calm flow and transitions make it effective for pain relief because of the low impact on the body. But I was hesitant. I’ve done yoga in the past and studios are pricey. Plus as a mom, I didn’t have time between work and my family to make it a routine. And the stuff I was finding online showed a few poses or a book I could buy. But I wanted something more. I didn’t know what that “more” was until I found it — Yoga For Pain Relief.

This is the most comprehensive program I came across in my search because it is designed to help you heal from the inside out. It’s a 12-week course, broken up into four sections meant to build on each other so that you can practice at your own pace. Daily Asanas (asana is just a fancy word for a posture) help you build a foundation before you even start the program — which I very much needed since the only yoga pose I had been in recently was Downward Dog trying to mimic a monster. (But that’s a “mom” story for another time.) 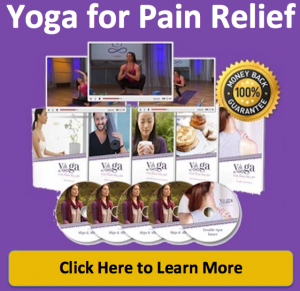 The other thing that differentiated this program from anything else I’d seen or tried was that it included solutions for specific, targeted areas of pain — back pain, knee pain, hip pain, emotional pain and even digestive health. This program also helped me better understand the critical role diet plays in healing

High-quality video took me through all of the sequences, led by Missi, who offers not only instruction but additional support through a membership only community. You can even get a sneak peek of Missi’s compassion and knowledge by trying her 9 Super Stretches for Pain Relief for free.

I’ve been hooked from the moment I started the program. It’s less expensive — and intimidating — than a fancy yoga studio and the results were more dramatic than I thought they would be. Within a few days, I noticed I wasn’t taking over-the-counter meds to “make it through the day” or just get to sleep. My range of motion was better, I felt better, I looked better. It’s kind of a mind trick for me but when I actually feel good, I eat good too. So I’ve even lost a few pounds and it’s only been a couple weeks (I’m sure the recipes helped too). The bottom line is — it’s working and the pain is 90% better. And I am thrilled to have finally found something that’s working and that I know I can sustain long-term. This was also one of the only pain-relief programs in my search that offered an unconditional 90-day, money-back guarantee.

Whether you’re dealing with significant pain like was, or even if you have mild pain or just want to be stronger and more flexible, Yoga for Pain Relief is a great place to start. Life’s too short to live in pain — let’s live it up.