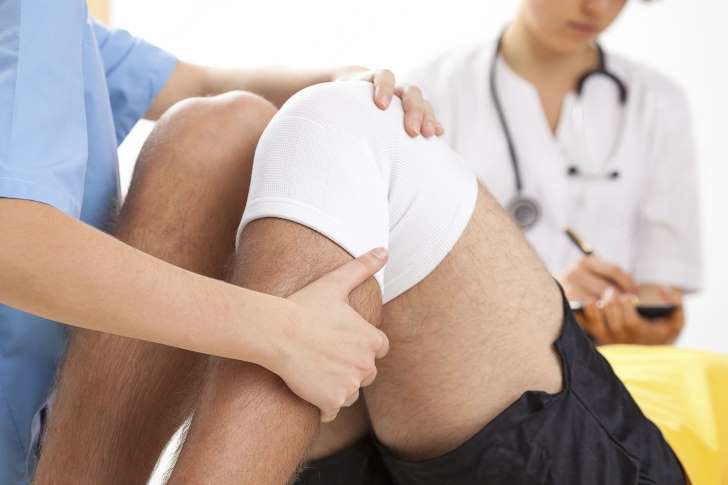 The idea that running is bad for your knees is a popular fitness myth, according to many doctors and surgeons who are experts in joint health. In fact, there are a lot of misconceptions about running and its impact on the body. We asked six joint experts to explain the real story behind running and your joints. Here’s what they said:

Karen Morice, MD, an attending physician in the department of rehabilitation medicine at Montefiore Medical Center in New York City.“I think people have this misconception because we draw these conclusions from people who have run for a long time who have knee pain,”.“But you know what else happens over time? People get older, which is exactly when arthritis all over the body happens — running or not. So it could be coincidence,”

“But you know what else happens over time? People get older, which is exactly when arthritis all over the body happens — running or not. So it could be coincidence,” Dr. Morice says.

Shazia Bég, MD, a board-certified rheumatologist at the University of Central Florida College of Medicine in Orlando, agrees. “Most studies show there isn’t any correlation between running and developing osteoarthritis. The biggest risk factor for developing osteoarthritis is age,” says Dr. Bég. “Think of your body like a car: The more miles you put on it, the more there’s a chance to damage it, there’s more wear and tear. The more miles you put on your joints, the more chance there is for degeneration,” Bég adds. It’s also genetic, she says, so you’re at a higher risk if there’s a history of arthritis in your family — whether you’re a runner or not. 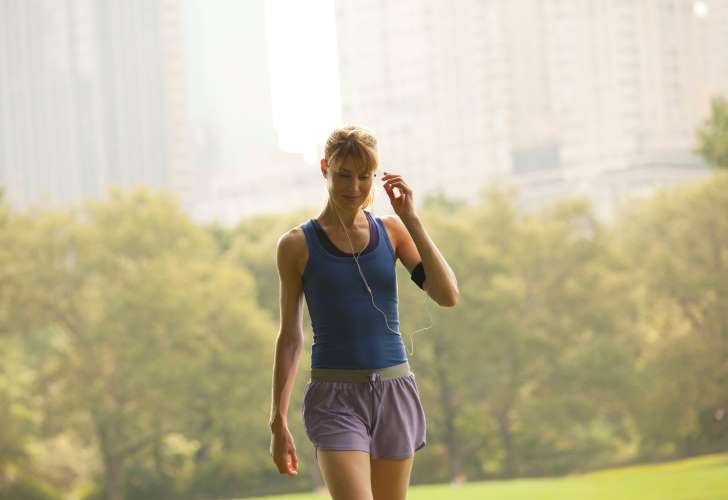 “There’s never been a study to show that running on its own generates arthritis or directly causes any kind of damage to the knee,”“If you already do have some damage to your knee, however, you can generate further damage — but the same is true for any kind of weight-bearing activity, like playing basketball,” Dr. Ray says.

He explains that this holds true for the person who runs nine miles a week as well as the person who logs 40 miles a week. “It really depends on the existing health of your knee. If you haven’t had an injury, or you don’t have a diagnosis or X-ray that indicates wear and tear on the cartilage, there’s nothing that would indicate that it’s unsafe for you to train,” adds Ray.

Proper Training Takes a Lot Longer Than You Think

“There are training programs online that indicate that you can get up off the couch and run a 5k in six weeks, or do a half marathon for charity in three months, and some people do get away with that,” says Ray. “I see the people that don’t, and there are a lot,” he says. “Remember, cardiovascular health comes along faster than your cartilage and joints,” Ray adds.

Leonardo Oliveira, MD, an assistant professor of medicine at the University of Central Florida College of Medicine in Orlando.

“To start out, if you never ran before, you might want to start out with walking/running intervals,”Dr. Oliveira suggests walking for four minutes then jogging for one. Progress a little bit each week, and rest every other day. “This helps the body adapt to activity,” he says.

Rest Days Are Key to Protecting Your Knees 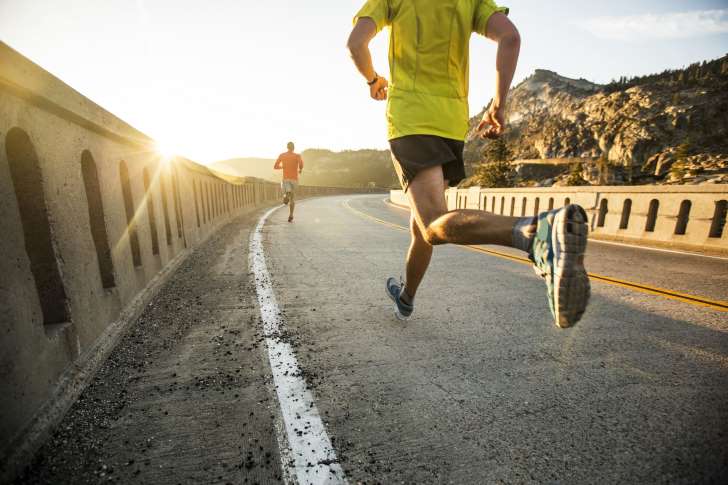 Rest days to let the body recover are a part of any distance-running training program, and for good reason, says Oliveira. “If you’re training for a marathon or a half-marathon, you’ve got to build up the mileage slowly and not do a long run every day, back to back,” he says. You might do a three-mile jog one day, then the next day do some cross training to build up leg strength and hip strength; maybe the next day do your longer run, and then take a day off, he says. “[Your routine should] depend on your level of experience and your goal, using pain and soreness as your guide,” he says. “If you’re very sore the day after a run, it would not be wise to go for a run that day,” he says.

“When it comes to knee pain and running, “technique is important — the biomechanics of how someone runs,”

“How their foot strikes the ground; if they pronate when they foot-stride; if they don’t have strong hip stabilizers — those are all important,” Dr. Gonzalez-Lomas says. “There are ways to modify most of these things dynamically, like making slight modifications to your stride or orthotics, which might shift the weight a little bit when your foot hits the ground,” he says. “Running is a high-level physical activity, so your back, abs, and legs need to be strong,” says Morice. That’s why building good core strength is essential for all — but especially serious — runners. The stronger your muscles, the less impact on your joints. You’ll also decrease the likelihood of injury, experts say.

Oliveira suggests including strength training two to three times a week to build core strength so that the body is best equipped to handle the impact of running. “The stronger your muscles, the less impact will go into your joints as you’re running, and the lower your chance will be for injury or damage,” Oliveira says.

The Surface You Run on Matters

“Running on the concrete is the worst surface you can run on,” for joint wear and tear, according to Joseph Herrera, DO, assistant professor of rehabilitation at the Icahn School of Medicine at Mount Sinai in New York City. “The most ideal is running on soft surfaces such as tracks; asphalt is another good alternative. In general, the softer the surface, the more joint-friendly it is,” says Dr. Herrera. On the flip side, many runners may notice that a softer surface slows them down. “While softer surfaces are not as efficient for running and can slow you down, it will tend to absorb some of the impact and be a little easier on the joint,” says Gonzalez-Lomas. “The best artificial surfaces [for your joints] are those newer, rubberized running tracks. They have turf designed to give your feet some cushioning and spring-back,” says Gonzalez-Lomas.

The Right Shoes Are Crucial While you may not be able to control the surface you run on, you can control your footwear. “Finding the right shoes will take a little bit of trial and error. The staff at running stores may not be medical professionals, but they have a very good idea of what type of shoe works for what kind of person,” says Gonzalez-Lomas.

Oliveira suggests going to a specialty running store and getting fit for comfortable running shoes that match your specific foot type. He also recommends changing your running shoes every 300 to 400 miles. “As time goes on, you lose cushion and ability of a shoe. Many runners I know buy two pairs at once and switch off every day, which slows the breakdown of the cushion and coil in the shoe,” he adds.

Every Run Should Include Stretching

“The day after a run, gentle stretching is key,” says Oliveira. You should also stretch before and after every run regardless of the length of your run. Post-run stretching is very important, he adds. “The muscles I really recommend you stretch the most are the quadriceps, hamstrings, gluts, and calves,” says Oliveira. Ice is another way to relieve soreness and alleviate muscle and joint stress after a run.