I woke up this morning totally lost. Like every day. “Where am I?” For the smallest of seconds, I’m a stranger in my own body. In my own life.

And then the whole history of life swoops down and I’m like, “ugh!”

The daily search for answers starts. Daily, never ending. Will someone tell me something new?

I wanted Prakash to be my mentor.

So I went and offered to take his class notes and turn them into a book. After that I spent time with him every day for months.

I wanted Victor be to my mentor. So I sent him free software for his trading. I sent him everything I had ever worked on. I read every book he ever quoted from. I read papers he wrote in the 1960s and referred to them.

He started me in my hedge fund business.

I wanted Jim to be my mentor. So I read all of his articles and I wrote to him: here are ten articles I wish you would write. And then he said, “how about you write them.”

And I wrote for him for years until he bought a company I started. 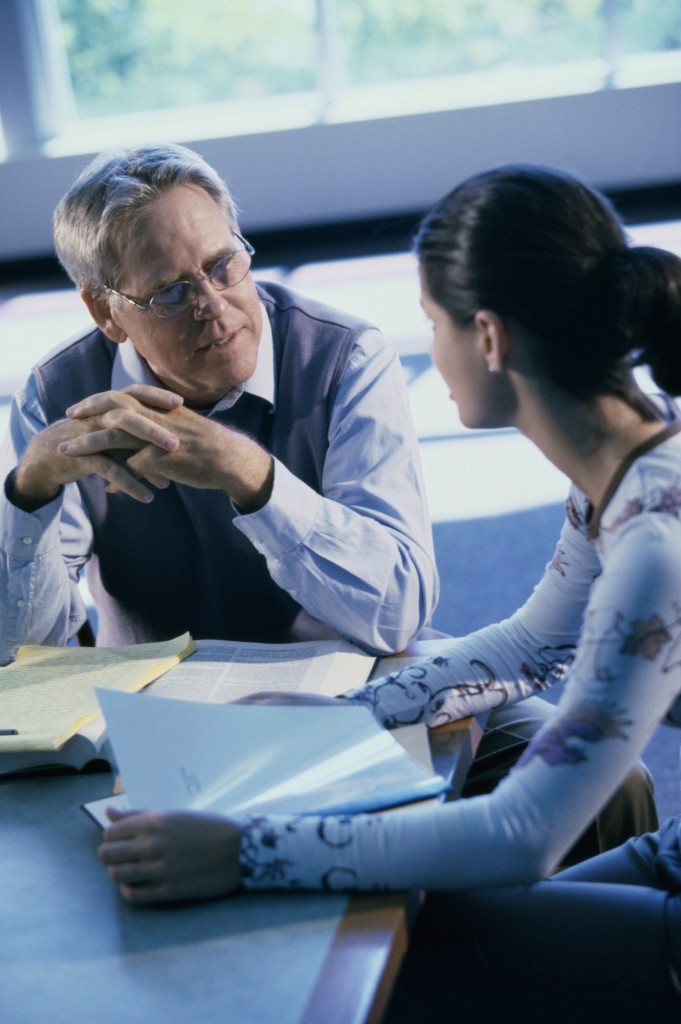 I still look for mentors every day.

Maybe they wrote something that drove me crazy with delight. That solved problems in my life. Or maybe they created something beautiful. So I wanted to know how they did it.

Susan Cain wrote the book Quiet about unlocking the power of introverts. Her book has been on the bestseller list for the past three years.

Sometimes when I’m in a meeting or a dinner everyone is laughing and talking but I feel a shadow come up inside of me. It starts in my stomach, where the butterflies are.

It then crawls through my heart, gripping it, whispering “Shhhh,” when the heart protests.

It climbs through my neck, freezing the muscles in my jaw and eventually clamps over my head.

And that’s it. I’m done. I can’t talk for the rest of the night.

So I called Susan Cain. It took months to figure out how to get through.

So I kept pursuing. Finally she came on my podcast. She has a great new company at QuietRev.com where she helps companies bring out the power of their introverted employees.

I wanted to talk about that.

But what I really wanted to talk about was, “What to do when I freeze up like that at an important dinner and meeting.”

She gave me a bunch of suggestions. She said, “You need to be by yourself. So excuse yourself for a little bit when you get that feeling and recharge.”

She said, “Listen to music or comedy beforehand.”

She said, “Establish deadlines in advance so everyone knows that you are planning on leaving early.”

She said, “Strike up one-on-one bonding with the people around you rather than trying to impress the whole group.”

She said, “Be the first to arrive so you can claim some mental ownership of the space.”

She said many other things. The entire podcast was, of course, a therapy session for me. I hope she got her objectives as well out of the podcast. I highly recommend her book.

I highly recommend everything she says.

The other day I called AJ Jacobs. I told him, let’s talk about that response you made to Ann Coulter on Facebook.

Ann Coulter wrote during the Republican debate, “Just how many [expletive] Jews are there?”

And people were outraged.

AJ responded. He didn’t tell her the number of Jews in the U.S. He told her exactly that moment, based on basic statistics, how many Jews that moment were having sex.

“I like humor that takes things very literally,” he told me. For instance, all his bestselling books are that style of overly literal humor.

While everyone else was expressing anger and outrage, he won over the world with humor and class. The best way to do things.

People often get angry at others. Outraged! Even people they don’t know. And then they are not at peace.

When you forgive yourself for not being at peace, guess what? You are at peace.

And then you can be funny and smart and take the coal in your heart and crush it into a diamond.

But then I asked him what I really wanted to talk to him about. “You give a lot of talks. Sometimes to the same audience. Do they get sick of you saying the same thing?”

I have to give five talks in the next few months. I’m scared about it.

For a brief moment, I needed AJ to be my mentor, even though he just dropped huge knowledge on me with his discussion of literal humor.

And he said, “They don’t even remember. If you change 20% of your material then they will be happy. They might even want to hear the same thing in many cases to remind them.”

Sometimes I get tense when I write something I think people won’t like. Normally I don’t care. But sometimes people actively hate things.

I called Mac Lethal. He’s the fastest rapper in the world. He’s gotten millions of views on his YoTube raps. Like his “pancake rap.” Or his “Mozart rap.” He did his ABCs rap on the Ellen show.

I was fooled by the most basic myth of all, “the overnight success.” I suspected that was the case with Mac Lethal, but I was wrong.

We talked about how he’d been practicing for 17 years and developed his own breathing technique so he could make sounds during the inhale and exhale that were the words to his rap. The secret of his speed.

But then I asked him what I wanted to know for myself. How does he handle it when he does something he thought people would like but it turns out they don’t.

He said it was very painful for him until he realized something. “People don’t remember what they don’t like.” And then he went on to create the “mozart rap.” Which now has millions of views.

I need many mentors. I need a new mentor every day.

Which brings me to the whole point of this.

The most amazing way to get a mentor.

I was talking to John Ruhlin. He did the best thing I ever heard of to get a mentor. Hal Elrod, author of The Miracle Morning, started to tell me the story but I needed to find out directly.

So I picked up the phone, called John, and asked him to describe.

“I knew Cameron Herrold was going to be in town and staying at the Ritz,” he told me.

“I also knew that he liked Brooks Brothers. And that he would probably be too tired to talk to me.”

He continued: so I called his assistant and got all his measurements. I went to Brooks Brothers and bought every shirt, every pair of pants, ties, etc.

I tipped the manager at the Ritz $50 and before Cameron arrived we set up everything in Cameron’s rooms. 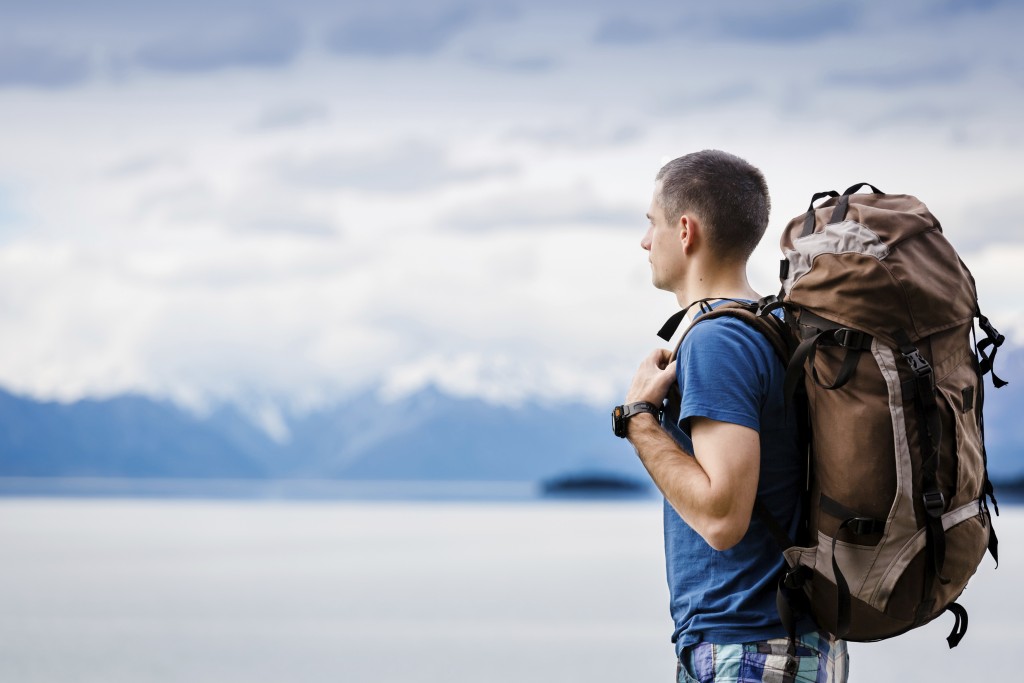 Almost like a fashion show inside a hotel room. All the clothes on racks. He could pick whatever he wanted and I would return the rest. It cost me $7000.

After Cameron arrived he came down to meet me for our scheduled meeting. Instead of being tired, he was super excited. He couldn’t believe what I had done for him.

He picked out clothes and paid me back for everything. The guys at the Ritz returned the rest to Brooks Brothers.

So it cost me nothing other than a few hours of time and now I have a mentor for life.

Give yourself permission to not be at peace.

Permission brings you closer to peace. For me, every day, I need to give myself permission.

From those first moments after I wake up, when I realize where the pain is inside of me, I realize I have questions I NEED to know.

If the phone rings, please pick up. It might be me. I might be calling you for an answer.