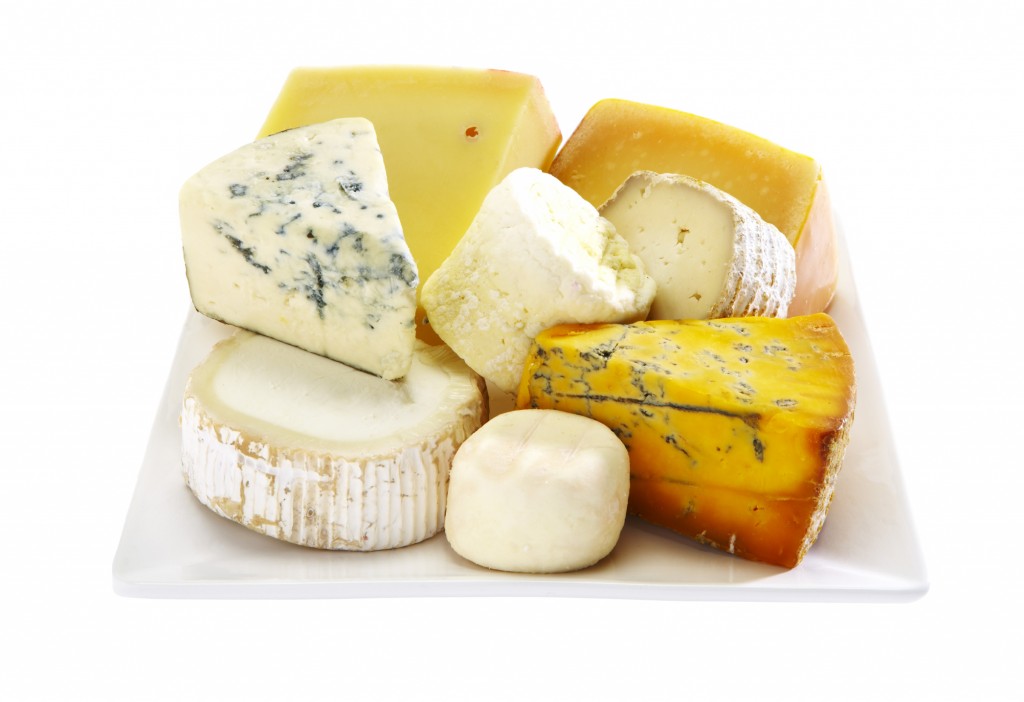 For each cheese in this list, we’ll talk a bit about the following features: 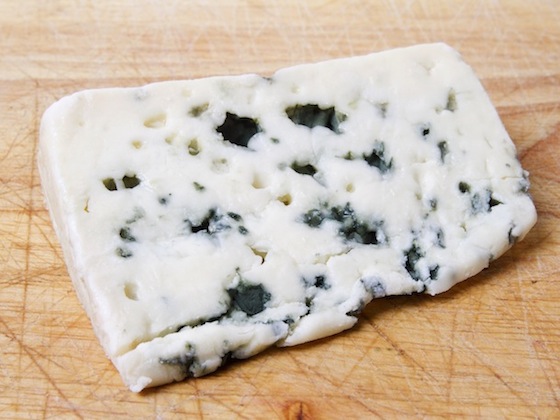 Tasting Notes: The blue pockets of mold that dot a chunk of Roquefort are colonies of the mold Penicillium roquefort, found naturally in the caves of Roquefort, France. It has a moist, crumbly paste, and a sharp, sweet and nutty flavor from the yeast with distinct grassiness from the sheep’s milk. It’s best eaten in the fall, when cheese made from early spring milk is just coming to market.

Best Uses: Eaten as is, or with nuts and honey. 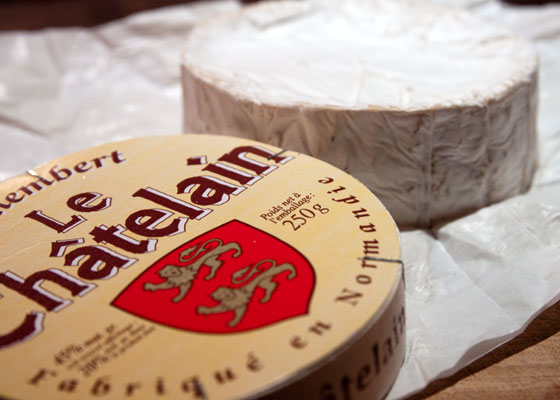 Tasting Notes: The outer rind is a layer of penicillium candidum. Take a look at this fungus under a microscope, and it resembles the tufted head of a dandelion. That’s why you’ll hear it referred to as a “bloomy rind” cheese occasionally. As one of the most widely produced French cheeses, its quality can vary significantly. Some Camemberts are handmade and name-protected (the raw-milk Camembert de Normandie, for example), while others are mass-produced from pasteurized milk (like “Le Châtelain” brand pictured). Because of their short aging period (just over three weeks), you will not find any raw milk Camembert in the U.S. Rich, buttery, and spreadable, Camembert has a mild, mushroomy aroma.

Best Uses: Eaten as is, on sandwiches, baked in a crust, breaded and deep-fried (giddy-up!) 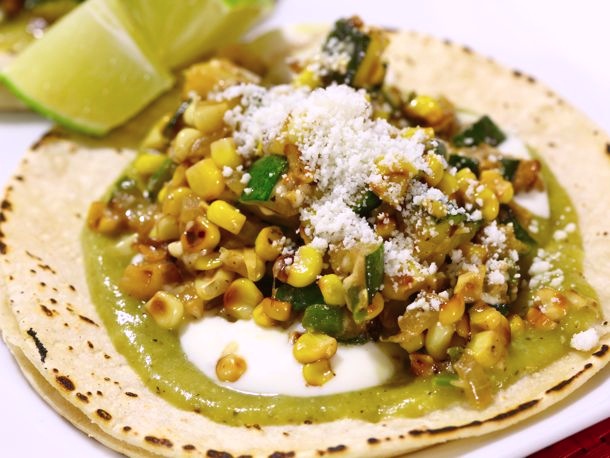 Tasting Notes: Younger cheeeses are mild and salty, somewhat like a young feta. As the cheese ages, it acquires nuttier, tangier flavors and a drier, coarser texture.

Best Uses: On tacos, salads, in soups, over rice, on casseroles, over beans, in guacamole, etc. 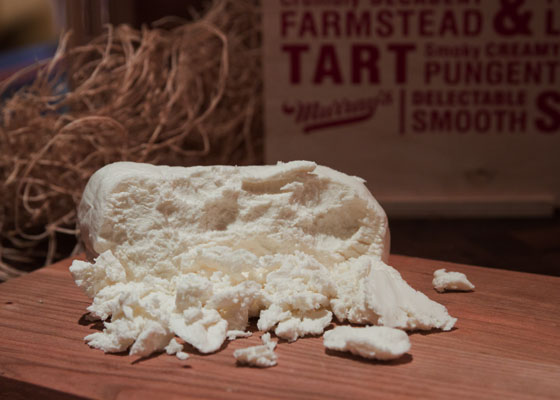 Tasting Notes: The French word chèvre literally translate to “goat,” and is used to refer to any cheese made from goat’s milk. Colloquially in America, however, chèvre refers exclusively to fresh goat’s milk cheese, it is unaged and eaten almost immediately after it is made. Fresh chèvre tends to be moist, bright and acidic, with a lemony flavor and slightly chalky finish in the mouth. You’ll find it sold in vacuum sealed logs, sometimes flavored with herbs, spices, or garlic.

Best Uses: Crumbled in salads, breaded and fried, in sandwiches, in macaroni and cheese. 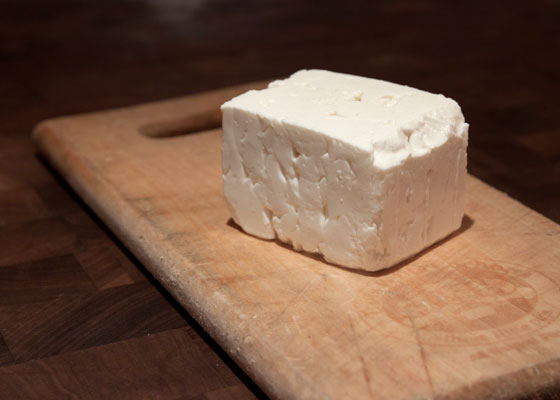 Type of milk: Sheep and goat

Tasting Notes: Feta is one of the many cheese worldwide to be a protected designation of origin product, meaning that a cheese may only bear the label “feta” in the E.U. if it comes from either mainland Greece or Lesbos, and is made with at least 70% sheep’s milk (the remainder must be goat’s milk). A brined cheese, it is made by soaking freshly pressed curds in salt water. Tangy and moist, feta can range from completely crumbly to moderately creamy and pairs well with fresh summer fruit.

Best Uses: Broiled with olive oil. Crumbled in salads. Sandwiches. Use in place of Cotija in tacos and other Mexican dishes. 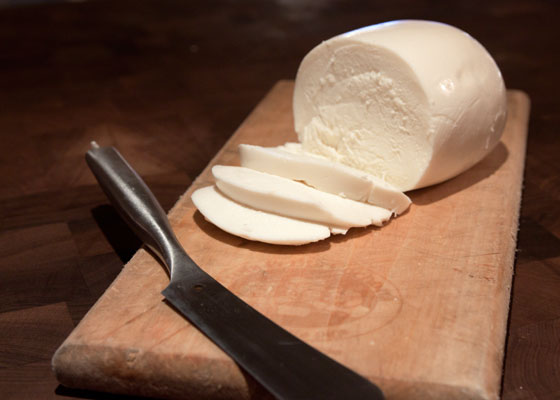 Tasting Notes: Mozzarella is a fresh, pulled-curd cheese made from the milk of water buffalo (for mozzarella di bufala) or cows (for mozzarella fior di latte). The curds are heated in warm water and stretched by hand before being rolled into moist balls. The balls of cheese can then either be sold fresh, or packed in a salty brine to add flavor. Fresh and dairy rich, mozzarella is prized for its texture and mild creamy flavor.

Best Uses: Fresh with a drizzle of olive oil, coarse salt and pepper. With tomatoes in a sandwich. Pizza! 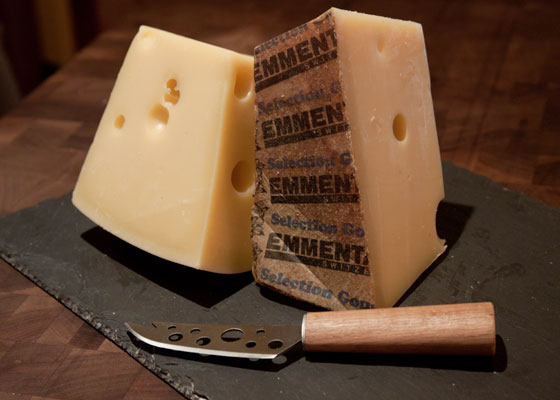 Tasting Notes: Emmental is what many people think of when they hear “Swiss cheese” (yes, holes and all). It’s is considered an “Alpine-Style” or “Mountain” cheese, meaning it originated from the milk of cows that are led up the Alps to graze over multiple seasons, and its curds are cooked and pressed together firmly. The holes you find are bubbles of carbon dioxide gas created as the bacteriumPropionibacterium freudenreichii consumes lactic acid. This cheese has a certain sweetness with a piquancy that hits the back of the tongue on the finish. What is more, like all Alpine cheeses, it is a great melter. 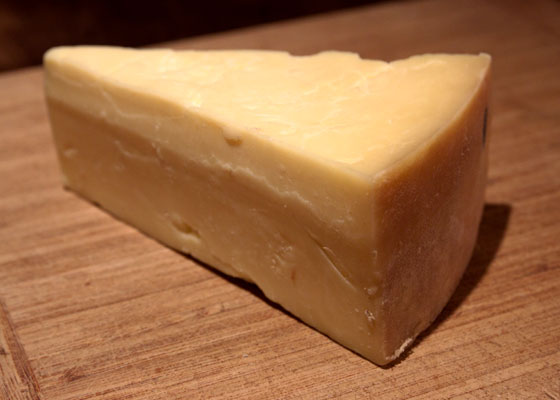 Aging: No minimum, but good ones are generally aged at least one year

Tasting Notes: Cheddar is a cow’s milk cheese that originated in Somerset, England. Cheddar is not only a noun, but it’s also a verb; “to cheddar” refers to a cheesemaking process whereby the curds of the cow’s milk are cooked and then milled into rice-size pieces. The pieces are then pressed into large blocks, and the blocks are stacked one on top of another to press out any remaining moisture. Cheddar cheese made in this traditional fashion are dry and crumbly in texture, with a deep, tangy, nutty flavor. A far cry from the smooth mild American-style cheddars you might find on top of a burger. Cheddar-style cheeses vary dramatically in quality, so it’s a good idea to talk to your cheesemonger about them. The color ranges from ivory to straw to deep yellow in color, depending on the season and the feed of the cattle.

Best Uses: As is, in sandwiches, grilled cheese, casseroles. 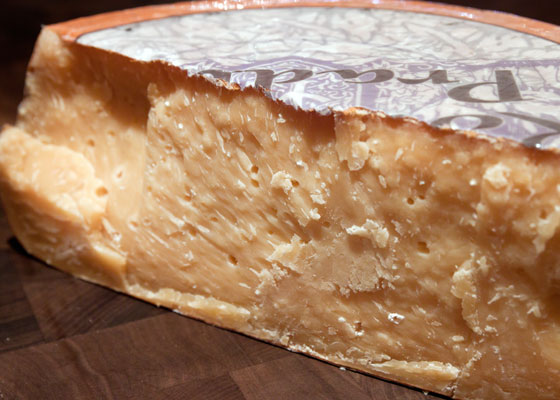 Aging: At least 4 weeks, but better ones are aged at least a year

Tasting Notes: Gouda is a semi-hard to hard cow’s milk cheese from Holland. Like Cheddar, its quality and flavor can vary wildly from the mild, creamy wax-coated lunchbox versions of our youth to those specimens that are hard, crumbly, and deeply flavorful. Long-aged goudas will have a crunchy texture due to crystals of concentrated calcium lactate or and the amino acid tyrosine that form as the cheese loses moisture, just like a good parmesan.

Best Uses: Young they can be melted. Aged cheeses are best as-is or grated into salads or over casseroles. 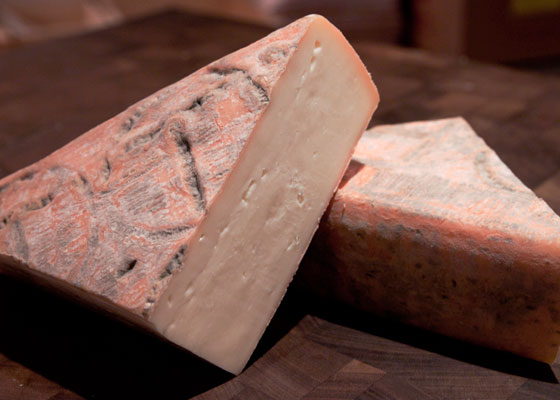 Tasting Notes: At over a thousand years old, Taleggio is one of the world’s oldest soft cheeses. The washed rind cheese is in a family of cheeses created by monks who made cheese from the milk of their grazing cows in order to eliminate waste. The story is that the monks repeatedly washed the wheels clean of any mold that began to grow on their surfaces. Little did they know, they were actually fostering the growth of a slew of new bacteria on the inside and outside of the cheeses, contributing to pungent flavors and even more pungent surface smells. Taleggio smells sort of like… feet. Rich, buttery, meaty, feet. Its soft rind is edible, though it acquires a grainy texture from its repeated wash with salty brine.

Best Uses: As is.

Tasting Notes: There are a number of hard cheeses on the market that are sold under the name “parmesan.” These are not to be confused with true Parmigiano-Reggiano, a protected cheese that can only be produced in Emilia-Romagna and Lombardia in Italy. Aged for a minimum of 12 months and a maximum of 36, it’s a hard, dry, crumbly cheese that has great crunch and deep caramel-y, nutty flavors.

Best Uses: Grated on salads and pastas. The harder, saltier rinds are perfect for adding flavor to many Italian soups. 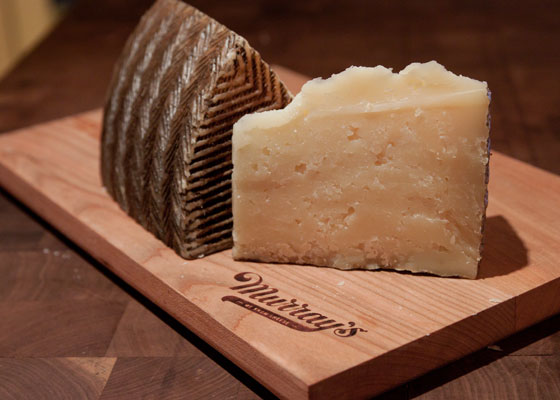 Tasting Notes: Made from the milk of Manchega sheep, it’s a firm, compact cheese that ranges in color from ivory to straw yellow. Younger manchegos have a buttery, rich texture that borders on creamy, while the aged version develops a deeply salty flavor and crunchy tyrosine crystals as it dehydrates.

Best Uses: As is. Spanish membrillo (quince paste) is the ideal accompaniment for it. 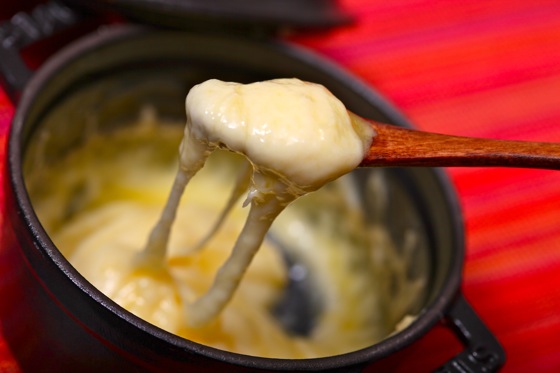 Aging: About one month

Tasting Notes: Very mild and buttery in flavor with a bit of tang, Monterey Jack is one of the few all-American cheeses. Because of its young age and relatively high butterfat content, it’s a great melter. It often comes mixed with hot pickled peppers to make Pepper Jack cheese.