My close friend, Bill Faloon, co-founded the Life Extension Foundation over 35 years ago. Bill and his team are determined to reverse the human aging process. 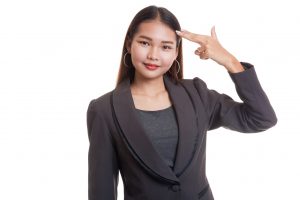 His company does over $180 million a year in supplement sales. After expenses, they donate every dime to life extension research. Over the years, they donated $160 million to the research.

Recently, big companies and famous entrepreneurs like Google and Peter Thiel have invested lare sums of money into anti-aging research. They did that because of the strides that have been made over the past 20 or 30 years, and a lot of that goes to the efforts of Life Extension Foundation.

The reason Bill and his team at the Life Extension Foundation have succeeded is simply because they had extreme urgency to get the job done. I call it, a “gun to their head” attitude.

Years ago they almost went out of business when the FDA confiscated their inventory. They fought a lengthy court battle. Bill and his co-founders faced 86 years in prison. When the legal battle was over (and after the Life Extension Foundation won), the inventory was returned completely worthless because the FDA had stored it in a hot warehouse.

At one point the FDA said they would drop the matter if Life Extension would close down. But Bill and his team stuck to their guns because they believed that they had to win the court case and keep the foundation intact.

Since then, other companies have made fortunes based on the pioneering research of the Life Extension Foundation. Bill and his team paved the way fighting against overwhelming odds, because they went about their work with a “gun to their head” mentality.

Always have lofty, explicit goals and visualize them intensely. Assume the attitude that if you don’t reach your goals, you will literally die! This type of gun-to-your-head forced focus-survival pressure mindset, no matter how briefly used, stimulates your mind, forces you to use your time efficiently… and illuminates new ways of getting things done.

But guess what? It works.

Have you ever been in a situation where you had to get something done but really didn’t have enough time to do it, yet somehow you got it done?

The point here is that if you are committed – really, really committed to a goal, no matter how big or small, you will find a way to achieve it!

This is the “Failure is not an option” mindset.

How many times have you set out new goals for the year, only to be right back in your same old habits within a few weeks?

At the end of the year, you think back and say, “Damn! Another year and I’m still in the same place.”

The reason is, you set the goal but were not really committed to the result.

But what if your life depended upon it? What if there was a “gun to your head” and you had no choice but to do everything possible to achieve your goal?

As ETR’s Editor Craig Ballantyne says, “What if you skipped that workout and ate the candy bar instead, that you would have to go to jail? You probably wouldn’t pick up the candy bar, would you?”

“You have to set up some type of repercussions for your actions,” Craig says. “You must know the consequences. You must convince yourself the consequences of the wrong habits are dire, and you must make the benefits of being good so compelling that you do the right thing.”

That’s his version of the “gun to your head” attitude.

Would that change things?

If you apply this ‘extreme’ mindset to your goals this year, you will achieve them.

Visualize your goal and desired outcome. Identify the action steps you need to take to achieve these goals and then don’t let anything get in the way.

Push yourself. Imagine that your life is on the line.
Don’t you think that would motivate you?

Begin your pursuit of your goals with the intensity and commitment of a person whose very existence depends upon the outcome.

You’ll be amazed at how much more creative, effective, and resourceful you can be with this new attitude in place.