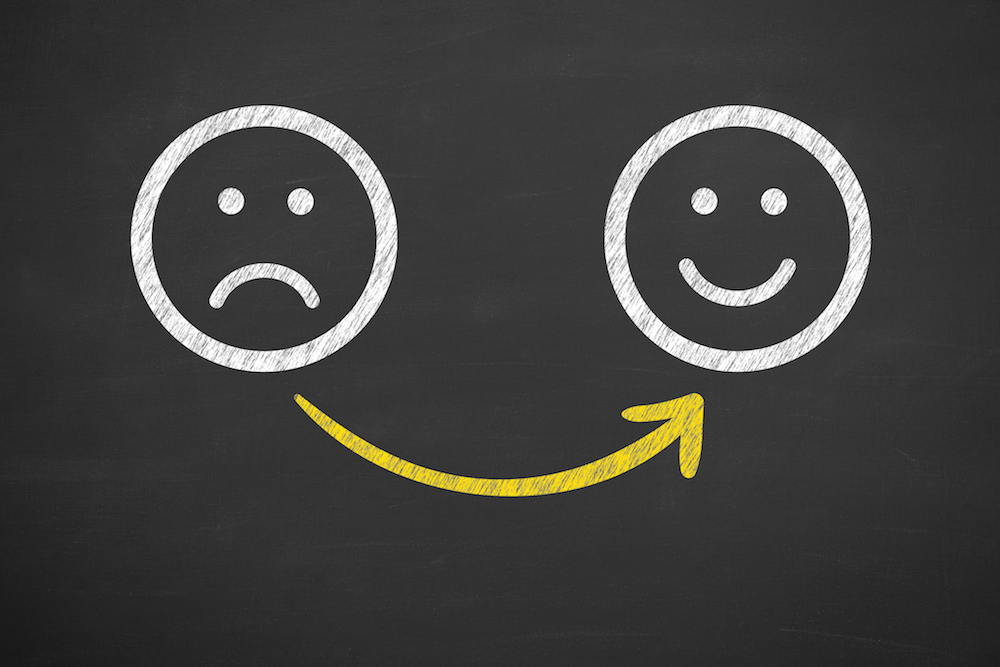 Pessimism is increasingly becoming America’s dominant character trait. And little wonder, really. Politics has become more contentious, the media is arguably filled with more drama than news, and capitalism is fighting (and often winning) the battle of monopolies and for-profit public services like healthcare, transportation, and education. Oh, and your coworker is mean for no apparent reason.

Depressing, right? It can be, but there are effective ways to handle negativity and pessimism—many of which take little effort.

If you’re ready to cut through the gloom with positivity, here are 5 tips to keep in mind:

1. Stop trying to be happy

This sounds counter-intuitive, but is actually very powerful. Think about it: “Trying” to be happy means having to define exactly what “happy” looks like, then putting steps in place to get there. But almost no one can concretely define it (plus, the definition is often variable and relative). Instead, be engaged. A researcher at the University of Kentucky, Suzanne Segerstrom, says that being engaged bypasses pessimism. Why? Because instead of thinking about the negative aspects of your world, your mind is engaged in an activity that has a positive goal or end point. If you’re not actively working on something, you mind has a tendency to spiral into worst-case scenarios.

The world is a big place. And the universe is even bigger. Take into account spiritual beliefs in a higher power (however you may define that), and the minutiae of everyday negativities seem pretty insignificant. On top of that, existence outside of our small world entails a lot of life and activity we’re not even aware of—positive elements that feed into the bigger picture. Is the trend of meaningless meetings at work or the few pounds you can’t seem to lose really going to upset the order of things? No. 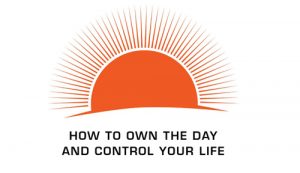 Part of tackling pessimism is CONTROLLING your own life. That starts with this FREE book, “The Perfect Day Formula.” Get the tools, routines, tips, and hacks you need to make your life what YOU want it to be. Get your copy now!

3. Tell yourself (repeatedly) that life isn’t a “one and done” kind of thing

There are two positives here. The first is simple—if you experience or create something positive, it’s likely that it will happen again in some form. The second addresses persistent negativity: A trip and fall doesn’t mean you won’t ever get up again. To the contrary, we were built to handle A LOT of falls and to get ourselves back up again and heal. On top of that, we we have an incredible intellect that allows us to learn from experiences. If you add all of that together, life really does seem to favor the positive.

4. Remember that you ARE making an impact

We’ve all indulged in grumbling apathy: “What difference can I make?”; “My vote doesn’t count.”; “I can’t change the world!” But the exact opposite is true. We make waves whether we want to or not. Science even proves this point; Newton famously postulated that “Every action has an equal and opposite reaction.” The question is, what actions are you taking to induce a positive reaction? The universe is waiting to respond—you just need to move in a positive, affirming direction. Sometimes, that action is as simple as a smile.

5. Hang out with optimists

This one is easy. Be intentional about the friends you make and who you spend your time with. Take stock of how your peers act, and if they’re leaning toward pessimism, then move in the opposite direction. Consider volunteering or joining a social group underscored by a positive mission/vision statement.

Generous, charitable acts are like Dominoes—they topple pessimism faster than you can muster a grumble. Take note of a considerate act you receive each day and pay that act forward. Or start the Pessimism Dominoes rolling with your own good deed—buying breakfast for the office, donating to a charity, taking on work for a coworker, making a special dinner for the family. Even saying “thank you” more intentionally topples negativity! Invest in what’s important and you will automatically feel rewarded. Plus, the universe may just pay you back later—giving you one more reason to smile.

How did YOU turn back the tide of pessimism today? Tell us on social—Early to Rise @earlytoriseHW on Twitter or facebook.com/TheNewEarlytoRise. You can also send a message to our fearless leader and perennial optimist, Craig Ballantyne, @realcraigballantyne on Instagram. #staypositive