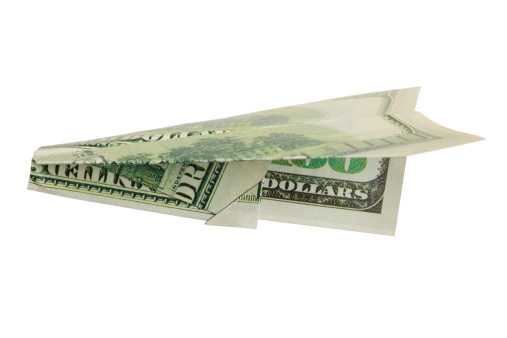 To double your money every three years, you need an average yearly profit of about 26 percent. Does 26 percent seem like an easy target? Or a hard one?

When I look at my own investing track record, here’s what I see.

Start-up businesses have given me so much – a steady growth of income, a base of wealth that has doubled every three years, the opportunity to get involved in so many other, interesting investments, and a rich and stimulating business life.

Because of the nature of what I did – getting involved in dozens of start-up businesses, including two direct-marketing companies that were essentially holding companies for start-ups, I’ve had the chance to participate in hundreds of launched businesses over the past 25 years. I’ve seen, and made, every mistake that you can possibly imagine. And I’ve seen some very successful launches too.

Although I sometimes grouse about working too hard, I have to admit that I love starting new businesses. It’s so much fun. And it’s something I know how to do. When I start a business these days, I am confident it will work. I didn’t always have that confidence. And I didn’t always deserve it. But gradually, over 25 years, I accumulated a little guidebook in my mind that gives me good advice on what will work and what will not.

For the past year, I’ve been trying to transcribe that mental book onto paper. The result is going to be my next book: Ready… Fire… Aim, being published next January by John Wiley & Sons.

So if you were to ask me, as an ETR reader recently did, “What is the absolute fastest way to become rich?” I’d have to answer: by starting a small business.

That’s my answer. It doesn’t mean it is your answer. You may not want to invest the time, creativity, and energy that it takes to be a successful entrepreneur. You may be retired already and determined not to give up your daily golf game. If investing in your own small business is not for you, then I recommend you look into stock investing and real estate. I don’t think you should expect to safely double your money every three years that way, but you can certainly do as well as or better than I have.

But if you do think you’d like to be an entrepreneur, you will be rewarded for it. Not only can you double (or even triple) your money every three years, you can also enjoy the many other benefits of being your own boss:

My friend Anna W. asked me to help her start a business based on her love of music. She’d been looking over her current retirement plan, and figured out that if she keeps her present job and continues to increase her responsibility and her income, she will be able to have a comfortable retirement in 14 years (at age 67).

That’s not bad. Most people in her age bracket won’t do that well.

But if she puts her energy and resources into creating a successful business of her own, she can look forward to a much better return on her “investment.”

Anna is going to start her new business on the side, working evenings and weekends. She’s going to find a partner to back her, develop her product, and take it to market. When we went over the numbers, it became clear to Anna that this secondary business – if it is successful (and I’m pretty sure it will be) – will allow her to achieve her retirement goals in five years instead of 14, while she is still relatively young.

At that point, she can do whatever she wants to do with the rest of her life.

That’s what a business can do for you.

Think about your own financial situation. Are you okay as you are – or would it be helpful to triple your money every three years?

If you need that kind of way-above-average ROI in your life, you simply have to consider starting your own business. Don’t quit your day job. Just get something going on the side. You don’t have to invest a ton of money or work endless hours. You can do well starting small.

Here are five proven (and absolutely true, in my experience) secrets of highly successful entrepreneurs that will help turn you into a business-building genius.

Secret No. 1: Don’t spend too much time planning.

When you are entering a market, you don’t know (and couldn’t possibly understand) the hidden problems and challenges you will face. You won’t understand those problems until you make a few mistakes. And you won’t solve them (and go on to making a success of your new business) unless you are capable of changing directions quickly.

Most successful new businesses (probably 90 percent of them) end up following practices that are different than anticipated. That’s why it doesn’t pay to spend too much time and money planning. Do a reasonable amount of noodling. Figure out the big strokes and give yourself a bail-out option. Then go for it. He who can adapt wins.

Secret No. 2: Don’t spend too much money.

The vast majority of business start-ups that succeed do so on a limited budget. Almost none of them have the benefit of venture-capital funding.

The great majority of new businesses are hampered (and enhanced) by flying on empty. People involved in businesses that have limited funds must think harder, work harder, and (most important) sell harder. Their primary initial effort is to bring in the cash. And that’s how it should be. There is only one thing that will surely stop any business in its tracks – and that’s a lack of money. Ironically, limited capital usually means a quicker and stronger cash flow.

Secret No. 3: Get operational fast.

The most common reason for new product/project failures is wasting time getting ready. Between making overlong and expensive business plans, endlessly tinkering with the product, fooling around with focus groups, and second-guessing yourself, it’s easy to let a good product/project lose its steam.

Bootstrappers don’t mind starting with a copycat idea targeted to a small market. Imitation saves the cost of market research – and the start-up entering a small market is unlikely to face competition from large, established companies.

Secret No. 4: Go for the quick cash first.

Contrary to what some business books tell you, successful entrepreneurs admit that they take the fastest route to cash when launching a new venture. They do so because they don’t have a choice. (See Secret No. 2.) After the cash starts coming in, they have the time and funds to improve the product, enhance customer service, and refine operations.

Keep in mind that the best-laid plans are often arrogant. You don’t know for sure how to best serve the market. When launching a new business or product, figure out how you can get to breakeven fastest. This kind of noodling will force you to pay closer attention to the market.

Secret No. 5: Forget about the crack team; you are it.

Successful entrepreneurs don’t hire experts to run their businesses. They figure it out for themselves. When it comes to making your new product/project work, rely on nobody but yourself to make sure it gets done right. It may be stressful and time-consuming to do a lot of extra work, but it will pay in the long run. You will understand the project in an intimate, extremely valuable way.

RELATED: A Simple Formula for Getting Rich

Michael Masterson has developed a loyal following through his writings in Early to Rise , an e-newsletter published by Agora, Inc. that mentors more than 450,000 success-oriented individuals to help them achieve their financial goals.Masterson has been making money for himself and others for almost four decades. At one time or another,Michael Masterson (a pen name used by this ultra-successful businessman)has consulted for and advised multi-million dollar companies that wereboth public/private, onshore/overseas, local/international, service-/product-oriented, retail/wholesale/direct mail, and even profit/not-for-profit.Masterson is the author of several Wall Street Journal, New York Times and Amazon.com best sellers, including Ready, Fire, Aim: Zero to $100 Million in No Time Flat, Seven Years to Seven Figures: The Fast Track Plan to Becoming a Millionaire; Automatic Wealth: The Six Steps to Financial Independence; Automatic Wealth for Grads… and Anyone Else Just Starting Out; Power and Persuasion: How to Command Success in Business and Your Personal Life (all published by John Wiley & Sons); and Confessions of a Self-Made Millionaire and Changing the Channel: 12 Easy Ways to Make Millions for Your Business (with MaryEllen Tribby).