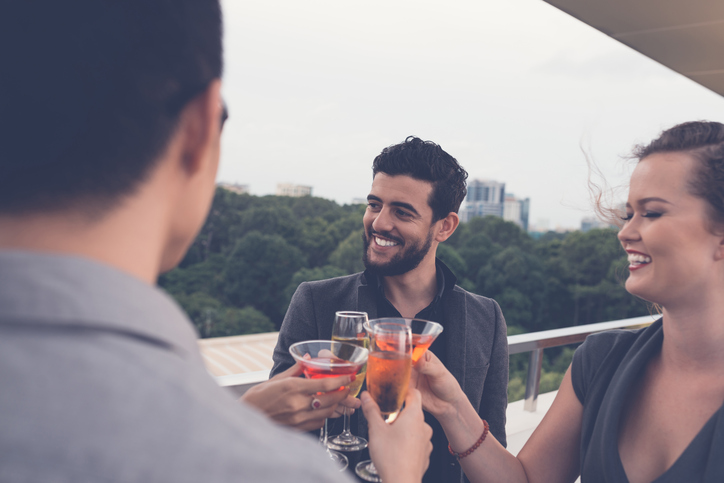 Being the most memorable person in any social setting isn’t about what you say about yourself, but how you talk about those around you.

As a human behavior investigator, I’ve developed the shortcuts, formulas, and blueprints for getting along with anyone. Below is a 3-step conversation approach that will make you the most memorable person in the room— and even make the event more enjoyable for all.

The best communicators do the exact same thing—they serve as conversational highlighters. They listen to learn more about a person, to remember what was said, and then find the important points to act upon.

It’s time to hack the art—and science—of listening. You can do this by being a highlighter: Bring out the best in people by highlighting their strengths.

Emily McDowell has made an entire business out of speaking truth by highlighting people. And, it happened by accident. In 2012, Emily had an idea for a different kind of Valentine’s Day card. She wanted to help the people on Valentine’s Day who are dating but not officially in a relationship. So she printed up one hundred copies of this card at a local printer and put it up on Etsy in late January 2013. She called it “The Awkward Dating Card.”

Her card’s raw honesty and humor took the Internet by storm. Three months later, she got an order from Urban Outfitters for 96,000 cards. Emily started creating more honest posters, pins, tote bags, and paper products that help highlight anyone who receives them.

I was turned onto Emily’s amazing highlighting approach when someone handed me a card that said, “I notice how awesome you are.” It made my day! I then got myself a pack of her cards to hand out that say, “I love the shit out of you” and “You don’t suck.”

If you find it hard to be positive about others becayse you’re insecure about yourself, read The Perfect Day Formula and rewire your brain toward productivity and positivity. You can get a free copy here. 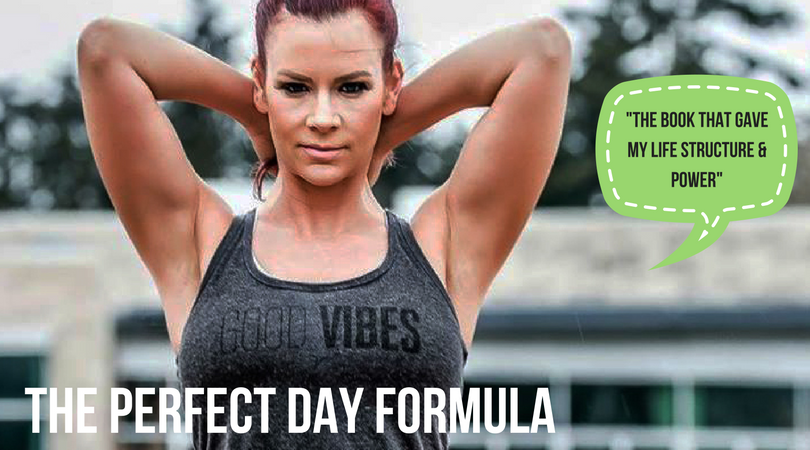 McDowell’s cards are powerful because they deal both compliments and truth. Anyone can be a Hallmark card, doling bland flattery and boring clichés, but highlighting is about more than just giving regular praise. Like Emily McDowell does with her cards, it is about truly expecting the best from people and helping everyone in your life perform, act, and show up as the best, most honest version of themselves.

There is a famous Greek myth about the sculptor Pygmalion. According to legend, Pygmalion used a large piece of ivory to carve his vision of the ideal woman. His statue was so beautiful and realistic that he fell in love with it. Embarrassed and ashamed to admit his desires, Pygmalion made offerings to the love goddess Aphrodite. At her altar, he secretly prayed to meet a woman who would be “the living likeness of my ivory girl.”

When Pygmalion got back to his studio, he planted a soft kiss on the statue. To his surprise, he found the ivory lips warm. When he kissed her again, the statue came to life. Pygmalion then married the woman of his own creation.

The Pygmalion myth is about the self- fulfilling power of expectation. Pygmalion created a blueprint of what he wanted and then it came to life.

In other words, great expectations are met with greatness. Psychologists have found that this idea is no myth. This phenomenon is called the Pygmalion effect.

When voters are told they are more “politically active” than their peers (even if they were actually chosen at random), they have a 15 percent higher turnout rate than the control group.

When donors are told that they are above- average givers (even if they are not), they in turn donate more to become above-average givers.

Expect to leave a profound and great impression upon those you meet, and the situation is more likely to develop in your favor.

Humans love to be given positive labels. They improve our self-image and gently push us to be better versions of ourselves. So as you use conversation sparkers and see what unexpected directions they lead you in, allow yourself to be impressed by the person across from you. Listen for their eloquent ideas. Find ways to emphasize their strengths and celebrate their excitements.

Take the example of the Sorting Hat in the Harry Potter series. At the beginning of each school year, Hogwarts students are sorted into different houses by a magical hat that reads their minds, taking full measure of their hidden skills. Each house is known for different strengths, and as they move to the higher grades, students’ defining characteristics become more and more and more pronounced. For better or for worse, the more clear the labels are given, the more we embody them.

Here are some examples you could use:

Another way of highlighting is to celebrate the victories of others as if they were your own. Good feelings multiply around other good feelings— and divide when they are not matched. When you see someone who is proud, excited, or passionate— mirror and match it. This associates you with their feelings of pleasure.

You can say something simple:

When I see something— anything, that’s awesome, I always take the opportunity to highlight. I tell my barista his latte art is gorgeous. I gush over my friends’ new haircuts. I send out postcards telling people they’re ballers. Yes, really.

Want to know one of the biggest missed opportunities in social situations? Introductions. I get some version of this e-mail multiple times per week:

Hey Vanessa— I wanted to intro you to Dave. Dave, here is that intro you were asking for. Hope you two connect.

Boring! I have no idea who he is or why I should know him. The same thing happens at networking events, client meetings, and conferences. I am almost always introduced to someone in the most boring, generic way possible:

This is a waste of an opportunity! Seize introductions as the perfect way to highlight people. Even if you have only known them for a few minutes, you can find something to rave about.

You can even do this when you’re the one introducing yourself:

Why are raving introductions so powerful? First, you give people positive labels right at the start. Second, you tee up a great conversation and possible discussion topics for the people involved. Third, you get people talking about themselves— what they do and who they are, which produces dopamine. Yes, a raving introduction is ALSO a conversational spark. Boom: win-win-win.

Do you know what the opposite of the Pygmalion effect is? The Golem effect.

The golem effect is when low expectations lead to poor performance. Major Wilburn Schrank decided to test the golem effect on incoming United States Air Force freshmen. Schrank randomly assigned labels to a group of one hundred enlisted airmen at the United States Air Force Academy Preparatory School. They were given 1 of 5 different made-up “ability levels.” The US military is all about labels, rank, and position, so Schrank wanted to know if these labels have any effect on academic performance. Sure enough, for all of the data sets, the airmen who received the worst labels also performed the worst.

The golem effect can have devastating consequences across the board. Dr. Brian McNatt found that the golem effect is especially prevalent in the workplace. Think of bosses who pick favorites. Here’s what happens:

Jeff is the boss. He hires a new sales associate from his alma mater. He takes them under his wing, they grab lunch more often, he gives them the best assignments. After all, Jeff thinks anyone from his alma mater has the best possible education, and he wants his fellow alumni to succeed. They benefit from the Pygmalion effect. Other employees see this favoritism and feel left out. One particular manager, Ken, went to a rival university. Jeff is constantly ribbing Ken—jokingly, of course. Ken doesn’t get invited to watch games at the boss’s house on weekends.

Hallway chitchat and water-cooled conversations matter. Expecting the best is not just important for new people, but also to build up the existing people in your life. What are you saying about and to your colleagues?

Being a highlighter is about constantly searching for the good in people. When you tell people they are good, they become better. When you search for what’s good, you feel great.

We remember people who make us feel good and who make us want to be the best version of ourselves. You can optimize an interaction by expecting optimal outcomes. Elevate people by hacking listening, highlighting, and expecting the best in those around you.

Vanessa Van Edwards is Lead Investigator at the Science of People —a human behavior research lab. As a published author and speaker she runs original research experiments on topics such as the science of attraction, human lie detection, body language hacks, and other people skills at ScienceofPeople.com. Her latest book, Captivate: The Science of Succeeding With People, was chosen as one of Apple’s Most Anticipated Books of 2017.

Posted in Articles and tagged conversation, networking, networking event
This error message is only visible to WordPress admins