It’s fearing getting judged by those people, offending them, saying something stupid to them, humiliating yourself in front of them. The possibilities are endless, and we’ve probably thought of every. single. one.

2. There are little stupid things that make us uncomfortable that you wouldn’t even think of.

Sometimes it’s party anxiety and small talk with strangers — but sometimes it’s holding on to a browning apple core for an hour during a meeting because the thought of standing up and crossing the room to throw it away seems on par with medieval torture.

3. Vague texts like “Hey, can I ask you something?” are a unique circle of hell.

What? What do you want to ask me? Why didn’t you just text the question first?Please get straight to the point so those three little dots don’t haunt our nightmares.

4. We probably won’t be the first one to invite you out, but we will drop hints.

“Oh, I don’t have any plans yet, you?” = “If you were to invite me out, I’d be so down for that, but I’m not going to ask myself because aasdfasfdsfkjsaflsf.”

5. And you shouldn’t stop inviting us to things because we turn down invitations or cancel plans.

Sometimes we just can’t. It doesn’t mean we won’t want to in the future.

6. Talking us into going to a party and then leaving us to fend for ourselves is the ultimate act of betrayal.

7. You probably have more socially anxious friends than you realize.

Socially anxious =/= shy or introverted, so your outgoing friends aren’t immune to the struggle even if it’s not immediately obvious.

8. We don’t expect you to know what to say when we’re struggling.

The ~right~ thing to say doesn’t exist. Listening is enough.

9. But we probably don’t want to hear tips that got you through that one time you were kinda anxious about that one thing.

Example: “I totally cured my anxiety with meditation. You should give it a try!”

It’s not just nerves. It can be dizziness, overheating, chills, increased heartbeat, chest pain, rapid breathing, headaches. It can be constant muscle tension. It can be EXHAUSTING.

11. A lot of anxious people also struggle with depression.

Roughly half, actually, according to the Anxiety and Depression Association of America, so you never know exactly what someone is dealing with when they say they have anxiety.

13. Booze can take the edge off, but that doesn’t mean we want you to put a drink in our hand every time we seem anxious.

We appreciate the sentiment, but our livers don’t.

14. Trying to talk us down from anxiety by explaining it’s not rational doesn’t work, even if you’re trying to help.

We know it’s not rational. If our bodies cared about what was rational, we wouldn’t be in this mess.

15. We probably assume you like us less than you do. 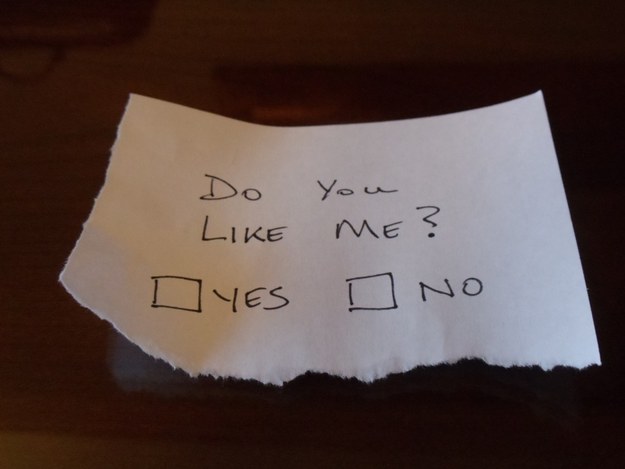 If you think your friend with social anxiety is undervaluing your friendship, they’re probably just underestimating it. Seriously, studies have been done to back this up. Stating explicitly that you consider them a friend might save them the trouble of tailspinning into an existential crisis about your relationship.

16. Don’t be weirded out if we take something insignificant personally, because we overanalyze everything.

Did you not see me when I waved at you, or were you ignoring me? Is it me you’re vague-tweeting about? Why did you end your text with a period instead of a poop emoji?????

Whatever tiny thing we’re stressing over is most definitely the tip of a larger, more anxiety-ridden iceberg.

18. As a general rule, please don’t take it personally.

Haven’t heard from us in a few days? We left a party without saying goodbye? We never showed up at all? Probably not personal.

19. Sharing what we’re going through is a big sign of trust.

And also a sign that we care about you enough that we want you to know what’s going on with us.

20. Especially because sometimes we feel so annoying we can’t stand it.

21. We don’t need to be treated like we’re fragile, but we so, so appreciate small efforts to make us more comfortable.

No one with social anxiety wants to be coddled, but taking the time to understand what they’re going through basically makes you the best friend ever. So thank you.