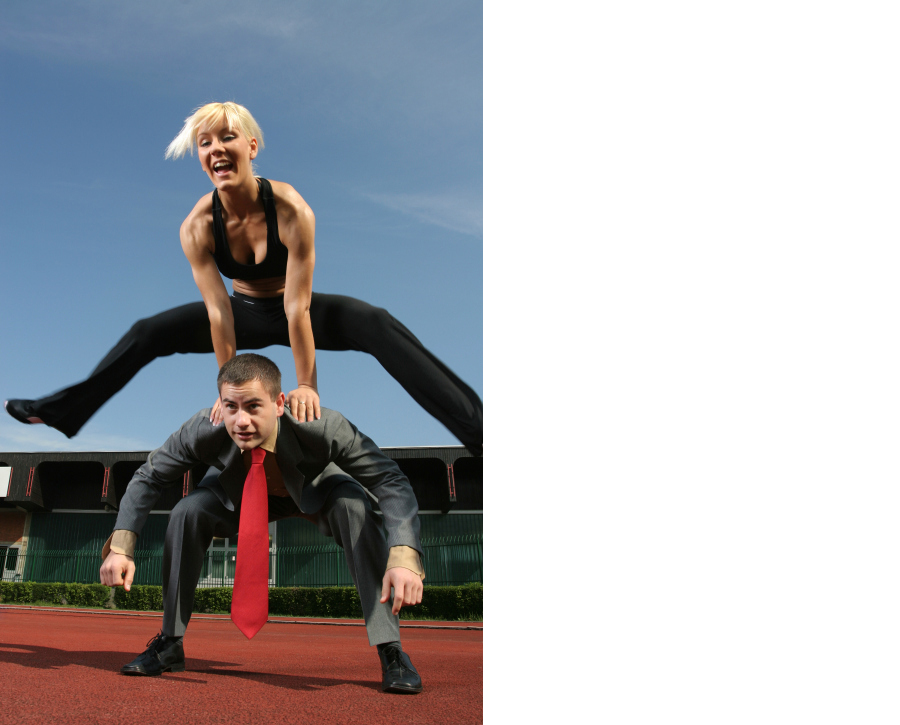 Whether it’s a career decision or how to handle a one-off problem, listening to too many opinions can be financially fatal.

Every industry has its Discouragement Fraternity — people who go to great lengths to try to convince you that you can’t make it in their field. Because of their own insecurity, they are prepared to do anything within their power to prevent you from even getting out of the starting gate. Why? Because you represent competition to them!

Their implied message is, “How dare you be so presumptuous as to believe you can succeed in this business when you have no experience — which we’re trying to prevent you from gaining by convincing you that you shouldn’t come into this business in the first place.”

The reality is that you have to start somewhere. It’s like a banker who won’t consider you for a loan until you can prove that you don’t need it.

Do yourself a favor and don’t expect others in the industry of your choice to help you get started. On the contrary, you should assume that there is an army of neurotic individuals out there who will go to great lengths to place obstacles in your path.

All you need is to be ready, and you are the best judge of when that is. If you believe your time has arrived, ignore the negative input of the Discouragement Fraternity and boldly move forward without regard to what anyone else thinks.

After a couple of years of stumbling around in my first career — real estate brokerage — I came to realize all this and, as a result, developed a modus operandi I like to refer to as the Leapfrog Theory, which states:

No one has an obligation — moral, legal, or otherwise — to “work his way up through the ranks.” Every human being possesses an inalienable right to make a unilateral decision to redirect his career and begin operating on a higher level at any time that he, and he alone, believes he is ready.

If you aspire to great accomplishments, it will serve you well to understand that the quickest way to the top is not by fighting your way through the pack, but by leapfrogging over it. There is, however, one catch. If you don’t have the knowledge and skills to rise above the competition, then, in spite of any bold proclamations you may make, the realities of the Business World Jungle will knock you back into the ranks of the foot soldiers in short order.

In other words, even though you have a perfect right to proclaim that you’re ready to move beyond your competitors, no amount of chest pounding can overcome reality.

With that caveat in hand, if you do have the knowledge and skills to be at the top in your field, it’s enormously frustrating to know, deep down inside, that you’re capable of bigger accomplishments when you’re spending most of your time and energy fighting day-to-day battles in the midst of rank-and-file mediocrity. If you’re truly prepared to move up the ladder in your profession, there’s no law that requires you to wait for the conventional-wisdom crowd to anoint you.

The most efficient way to handle your competitors is to simply refuse to acknowledge their existence. Without seeking anyone’s permission, it’s up to you to take it upon yourself to begin operating on a higher level. You don’t have to wait for industry big shots or anyone else to christen you an expert in your chosen field. Listen only to your own inner voice when it comes to making that judgment.

Had I not implemented the Leapfrog Theory when I was a real estate broker, I probably would have spent my entire career begging for crumbs begrudgingly thrown to me by unscrupulous real estate sellers. However, once I leapfrogged over the pack and began conducting myself like a guy who had something special to offer, everything changed for me — quickly. It’s amazing what just holding your head high and speaking with authority can do for you.

It all stems from a belief in your own abilities. Nothing beats the feeling of knowing, in your heart of hearts, that you really do deserve to be handsomely rewarded because you provide great value to your clients or customers.

I also feel compelled to tell you that once you proclaim yourself to be above the pack — i.e., leapfrog to a new level — you are likely to be the target of much derision, even outrage. It didn’t take me long to realize that my bold decision to leapfrog over my peers in the real estate business was an invitation to an enormous amount of jealousy, resentment, and scorn.

If you have experienced this kind of backlash in your own career and found it to be a painful position to be in, don’t be intimidated. Just keep reminding yourself that a little jealousy, resentment, and scorn comprise a small price to pay for dignity, peace of mind, and financial success. Money and respect should be more than enough consolation for having a pack of insecure neurotics dislike you.

One final word: In case you’re wondering, the answer is yes — the Leapfrog Theory has served me well through the decades in many other kinds of businesses, including as an author. Make that, especially as an author, a career which started when I self-published and marketed my first book into a New York Times #1 bestseller after it had been rejected by no less than twenty-three publishers!

The point is, the field you’re in matters not at all. If you’re ready to make the leap, I can assure you that it always works.