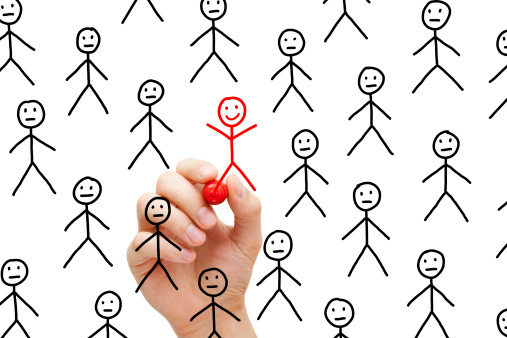 “The bloody Englishman is at it again,” the regulars said. Sitting on the clubhouse patio on another sticky summer southern Florida afternoon, the club members watched with awe as the eccentric Englishman teed off at four o’clock. Not only was he was crazy enough to be playing golf in 95 degree temperatures made worse by 100% humidity, but the Englishman was, inexplicably, choosing to walk the course.

Little did they know this was far from the craziest thing he has done. In the past, he’s hopped trains and ridden across Canada for four days at a time with literally no food, water, or bathroom breaks. He’s tracked down a man that lives in a hole in the ground in the Nevada desert. He carries the world’s hottest pepper flakes with him in a small grey vial to spread upon every meal, even when eating spicy tacos as we did one night in Austin, Texas.

Tom, my English friend, might seem a little bit weird. But he’s not ashamed of that for a moment. In fact, it’s a source of pride, as it should be in his case, and probably for you, too.

“I’m a contrarian through and through,” he said to me during our golf game (back in January, when the weather was pleasant enough for your humidity-averse editor to walk the course). “I don’t see value in doing the same things that everyone else does.”

We agreed this was often a better way to approach life. Whether it is in your marketing as a business owner, your approach to work, your habits, or your investments, taking the average approach of normal people can’t possibly get you very far in life.

Look where normal gets you.

The average American, whom we’ll consider to be normal:

On the other hand, look where being weird can get you.

Through my odd habits of rising early, working as an entrepreneur, planning my day (including what I’ll eat at meals), designing my life to eliminate any need for a morning commute, I’ve accomplished a life of almost total freedom.

What matters to Tom is that he’s incredibly happy with how his weird life has turned out, because he isn’t chasing ‘normal’.

Tom’s general life lesson for you is to do what is right, not what it is expected by the masses. Call him a bloody mad Englishman if you want, but he’s living the life that millions of average, normal Americans wish they could have.

It all starts with our behaviors. We all have problems in our lives. Most people put those problems off to be dealt with another day. Those that do try and fix them often rely on failing, conventional approaches.

Take the way he managed to tame a problem almost every American worker suffers from – email overload.

You’ll certainly find Tom’s approach weird. But it’s also been incredibly effective. It’s freed up hours of his time and made him more productive at work, allowing him to make creative breakthroughs that helped his company grow from $6 million in 2012 to $20 million in 2013.

Here’s what Tom does.

Using a simple Gmail account and 30 seconds of assistance from one of his trusted employees each day, Tom limits his email activity to no more than 60 minutes. He literally only has access to his email account from 8pm to 9pm each weekday.

Here’s how he makes that possible. Each night at 8pm, after Tom is done bathing his children, tucking them into bed, and reading them off to sleep with a story told in his pleasant British gentleman’s accent, Tom receives a text message with the new password to his Gmail account.

A virtual employee that works in Texas sends the new password each night, and at 9pm she changes the password again, instantly logging Tom out of his Gmail account. It doesn’t matter if he is halfway through writing an email, Tom will get the boot. He literally has no access to his email account again for 23 hours.

Tom knows that every minute counts in his email, and he doesn’t wander off to surf the Internet. He stays focused and concentrates on what counts, replying only to what matters and ignoring the rest.

Most of Tom’s day-to-day business is dealt with using unconventional techniques such as face-to-face conversation and something referred to as a “telephone call” (just a little dry British humor for you there). Emergencies are dealt with in person in the office during the workday or again, he’s alerted by phone. There is little need for emails to build up in Tom’s Gmail account. Plus, he’s trained people to understand that email is not the best way to contact him. They know that replies will be infrequent and often not at all.

Tom’s been using this system over a year and he still marvels at the freedom it’s brought to his life, both personally and professionally. He is engaged with his family at home. Family time is family time. There are no interruptions. He is focused at work and doesn’t feel the addictive pull to check email that so many of us feel when we are at our desks with our inboxes open or even while we’re at lunch with our phones in our pockets.

You might not be able to replicate Tom’s exact system. I understand it is not practical for everyone. But we can all learn bigger lessons from this seemingly mad Englishman.

Today, I want you to take a look at everything you do, every habit you have, and ask yourself, is this normal or is this right? Is there a better way of doing this, no matter what anyone else thinks?

As Tom will agree, there is a solution to almost every obstacle in your life. Don’t be afraid to be a contrarian, to go against the crowd, to rise above mediocrity, and to be better than average. It’s not all that it’s cracked up to be anyways.

Dare to be different. That’s often a secret of success. It’s one of the few items in life where the bloody Englishman would agree with many others.

Let me know your odd but effective habits that help you get more done, make more money, and live a better life.

[Ed Note: Craig Ballantyne is the editor of Early to Rise (Join him on Facebook here) and the author of Financial Independence Monthly, a complete blueprint to helping you take control of your financial future with research of proven methods in your career, in your business and in your personal life. He has created a unique system to show gratitude and appreciation to stay on track for these goals each and every day. Click here to follow the exact 5-minute system you can use to improve your life.]
Posted in Motivation, Productivity, Self-Improvement, Skill Development, Time Management