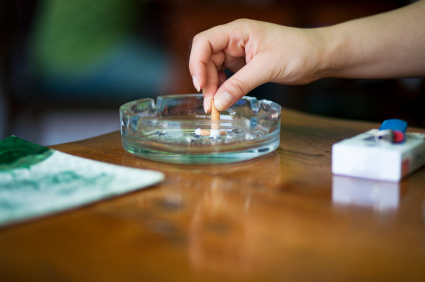 August 28th, 1963. Martin Luther King Jr’s message was heard by over 200,000 in Washington, D.C. It is considered the most important American speech of the 20th century by many academics. Most of it, like many of your college term papers, was written in the final 12 hours before the deadline. The most famous line, “I have a dream”, was added by King at the last minute. About this, his co-author Clarence B Jones said the speech “went on to depart drastically from the draft I’d delivered”, adding: “In front of all those people, cameras, and microphones, Martin winged it.”

Those are just a few of the little known facts about MLK’s speech. But here’s one that is obvious. Of the 1579 words spoken, not one of them was a cuss. Neither did any of the top 10 greatest speeches of the 20thCentury, as chosen by The Guardian, contain swear words. This list included great historic figures such as Nelson Mandela, JFK, Winston Churchill, FDR, and Margaret Thatcher. None of them felt the need for words that would get your mouth washed out with soap.

Why then do so many of today’s speakers, authors, and so-called experts feel the need to curse to make their point?

Where is the decorum today?

Do you find yourself cursing to make your point?

You can quit swearing, here’s how I did it.

One recent crisp fall morning, while out running hill sprints in the old forest grove near my family farm, I caught myself thinking about you (as I often do). I spend so much of my time thinking about how I can get people to change, to take action, to finally achieve their goals and dreams.

And then it hit me.

With all of this talk about you changing, why am I not leading by example?

What could I start improving in myself that very day? It was time to put my money where my mouth was – literally.

Almost immediately I identified one of my worst habits: cussing, as the country and western songs my parents listened to would call it. Cussing was one bad, bad habit I could drop for the better.

Wasn’t it strange, I thought, I can go on stage and speak in front of up to 450 people, and not swear. Nor have I ever used a curse word in front of my mother, and I only allowed it to happen a few times in the presence of my father. Clearly I could control myself in certain situations, so why not all the time?

Why do we need to swear? We are no longer teenagers trying to impress our peers on the playground. Surely we can get our messages across without cursing to emphasize a point. No one needs to use a curse word as an adjective in their argument. After all, if two bitter rivals can debate for the position of Leader of the Free World without cussing, then surely I can get through a day without swearing.

And if I’m “wise” enough to give you advice everyday, why don’t I take some of my own?

So it was that day, during a tough workout on a wooded trail at 8:30 in the morning I finally decided to stop swearing for good.

But how long would it take? As legend has it (and I say that because I haven’t actually read any research to support this belief), you need 21-days to create a new, good habit. I still remember hearing a coach tell our gym class that “fact” back in 1989.

Would it take 21-days to drop a bad habit?

The answer will surprise you.

But before I could find out, I also realized I needed an incentive. In addition to sharing the goal with the world, I also thought it would be appropriate to have a $10 punishment for every lapse in behavior. It was an updated version of the old “swear jar”, you might have had in your home growing up or seen on TV.

A quick text to a friend arranged the punishment. The friend was to choose a charity (I still don’t know what charity it is) that my ‘donations’ would go to. And I was put on the honor system to keep track of each occurrence of the bad habit. At the end of a 6-week period, a donation will be made to the mystery charity. It could be one I’d support anyway, or it could be one I’d prefer never to give money to. We shall see.

And so the challenge began. It was tough at first. That’s why it’s called a bad habit. It’s easy to find yourself slipping into your old ways. But as the first 48 hours progressed, I noticed something remarkable. Most of my cussing was done in the form of exaggeration. It wasn’t at all necessary (not that I expected any of it to be). It was juvenile behaviour, and I needed to change it to be a better person.

When you start changing your bad habits, mark down when you do the offensive activity. As you become more aware of your offending behavior you’ll start to notice a pattern. You’ll identify how ridiculous your actions are and you’ll have no choice but to come up with preferred alternatives. (I now say, “gosh” and “geez” a lot more. Turning into a real “Beaver Cleaver,” I am.)

As you drop your bad habits, you’ll become a better person. Within a week my vocabulary and conversation etiquette had markedly improved. I was less inclined to exaggerate or raise my voice, and I engaged in less of the common hyperbole we hear so much of today. And if I do say so myself, what I do say in conversations now is more insightful and thoughtful. Swearing, I realized, had made me lazy and stupid. The changes have been all for the better.

Now I haven’t been perfect. The other day I saw a giant bug in my house, and sure enough, the words “That thing’s huge” was preceded by a curse word (albeit a “minor” one). It was unnecessary and immature. I paid my $10, became more self-aware of my behavior, and probably won’t make the same mistake in the future. That’s generally all there is to it when you try to drop a bad habit.

As you go along, you might also watch others engage in your former bad habit and you’ll be surprised at how unnecessary the bad habit is for them as well. Being aware of how often others use curse words has opened my eyes to how downright uncivilized conversation becomes when every other word is unsuitable for a Disney movie.

But think back to the greatest orators in the history of the world. Did Cesar, Churchill, Martin Luther King, JFK, or Roosevelt rely on cuss words to make a point? Of course not.

That bad habit added nothing to my life. The shock value of swearing expired years ago. It only denigrated my message. You’ll likely find the same for your bad habits.

In fact, I was so buoyed by my experience with cussing I quickly added a second bad habit to my list to stop. Over the last few years I had built up a compulsion to apply lip balm almost ten times each day. I was dependent upon having a stick in my pocket at all times, and I don’t like depending on anything but myself. So I added that to the $10 punishment list, and this too had a fast success rate.

What I’ve found, albeit in my experiment of just a single subject fixing two bad habits, is it takes about 6-10 days for you to make massive progress (cigarettes and booze not included, as those both involve physical addictions far beyond the level of lip balm).

It’s possible to almost eliminate a bad habit in just 10 days. As Dan Kennedy says, “You could just as easily change your life today as any other day. You don’t need to wait for January first.” Let’s see what you can change in the next 6 weeks.

The keys to your future success are your daily habits today. Start dropping the bad habits and implementing new positive behaviors today. That’s how you’ll create a better future.

Tell us the bad habits you plan to drop.