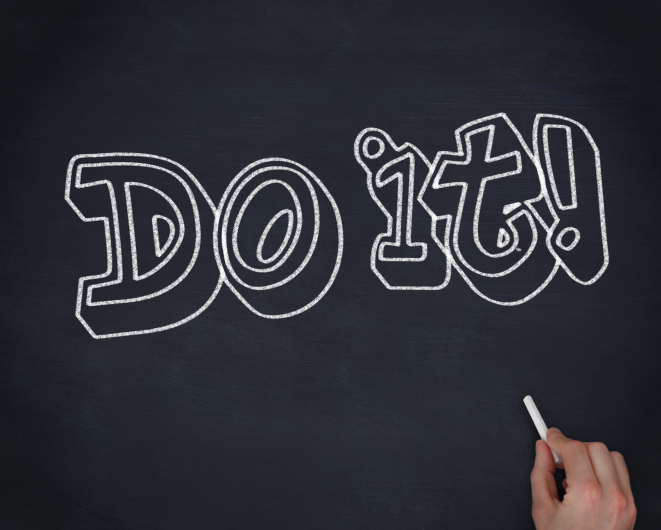 Years ago, I spent a summer in the desert of Arizona selling for a computer services company I worked for. I was tasked with driving around to businesses, walking in cold, and pitching the service.

Over that summer, I did put a fair amount of miles on the car. Sadly, I can’t even remember one time I walked into a business to sell. Why? Because I was scared to death.

If you had stopped me back then and asked me what I was so scared of, I probably would have brushed you off and done my best to make you feel dumb for asking. Or maybe I would have rattled off some excuse which completely rationalized my lack of activity. All I can really know is that the only thing I wouldn’t have told you was the truth about why I wasn’t selling.

I wouldn’t have told you, because at the time, I had no idea what that truth really was.

Why I Was So Scared of Selling Myself

But now that years have passed and I’ve gotten just a wee bit wiser (hopefully), I can share that truth with you today. You know what I was scared of?

I was scared that me failing at selling would finally provide the proof to the world (and to myself) that I was not cut out for success. And that’s why I did everything in my power to make sure that proof never got a chance to become real.

The real reason I didn’t want to do this had nothing to do with selling. It had everything to do with the “hole” that I was carrying around inside me every minute of my life. That “hole” was my need to be liked, welcomed, praised and validated.

If this is your goal in selling, you are going to be miserable. And if you go into an “old school” traditional selling situation with those emotions inside you, you are toast!

Many, many people have this hole inside them. We’ve all been raised to have it. It makes you easy to control. That’s why people aren’t taught how to give themselves that thing they seek from everyone else.

You don’t need acceptance and validation from others when you can give it to yourself.

As it turns out, selling is one of those activities that brings that “hole” right to the surface.

Putting your will up along someone else’s will DOES do this. The friction of what you want going up against what someone else wants brings this hole right to the surface. And it feels terrible.

How Things Turned Around

Things started to turn around for me when I started to fill in that hole. My problem had nothing to do with selling. Selling is a benign activity.

My problem was the hole.

My real problem was that I was pumping a ton of mental and emotional energy into something that was truly outside of my control. That thing was the outcome of the sale—whether or not they bought. My mind told me I wanted that thing desperately. That I HAD to have it.

Getting the sale was like a drug and I had to get it to feel OK.

Over the years, as I’ve figured a few more things out, I’ve realized how to let go of that emotional detachment to the outcome. There are a lot of places to apply this idea in your life, selling is just one of them.

Go in feeling OK. Go in without feeling any need for a specific outcome. When you give up the need to “get” something, the energy of the entire situation changes. (And oddly enough, you tend to increase your chances of getting something.) That’s the secret you have to figure out how to create in your own being.

It is one thing to say this, it is another thing entirely to feel it.

This is what you practice: emotional detachment from the outcome. That’s the key to freedom. This doesn’t mean you walk around like a robot, devoid of all feeling. It means that you focus your energy on things you do control and not waste it by directing it at things you do not control.

Here are three things to keep in mind the next time you find yourself in a selling situation:

1. Disconnect yourself emotionally from the outcome of the sale. Before you go into sell, really get in your gut how it feels NOT to care about the outcome.

2. Ask more questions. Most of us are trained to fill uncomfortable periods of silence. Don’t give in to that need. When you’re not sure where to take the sales conversation, simply ask a question that can’t be answered with a Yes/No and then close your mouth and listen.

3. Never forget that your sales efforts are actually focused on helping someone improve their life or their business. Go in with that feeling in your being and you’ll find yourself forgetting about how uncomfortable you are selling yourself.

Selling doesn’t mean you get what you want. If that’s all you’re in this for, your true motivations will become apparent to everyone soon enough. They will trust you less. They will like you less. They will go elsewhere. This is magnified if all of your selling happens on the internet. Being in full time “sales mode” is a great way to send them running away fast.

That way, you enter a sales situation with a feeling of gratitude for the opportunity you’ve been given to demonstrate, instead of focusing simply on what you want to GET.

There’s no way to be scared when you are filled with gratitude. It’s impossible.

[Ed. Note. Jason Leister is a direct response copywriter, internet entrepreneur and editor of the daily e-letter, The Client Letter, where he empowers independent professionals who work with clients. He has six kids and lives and works in the mountains of Arizona.]
Posted in Entrepreneur, Internet Business, Motivation, Wealth
This error message is only visible to WordPress admins