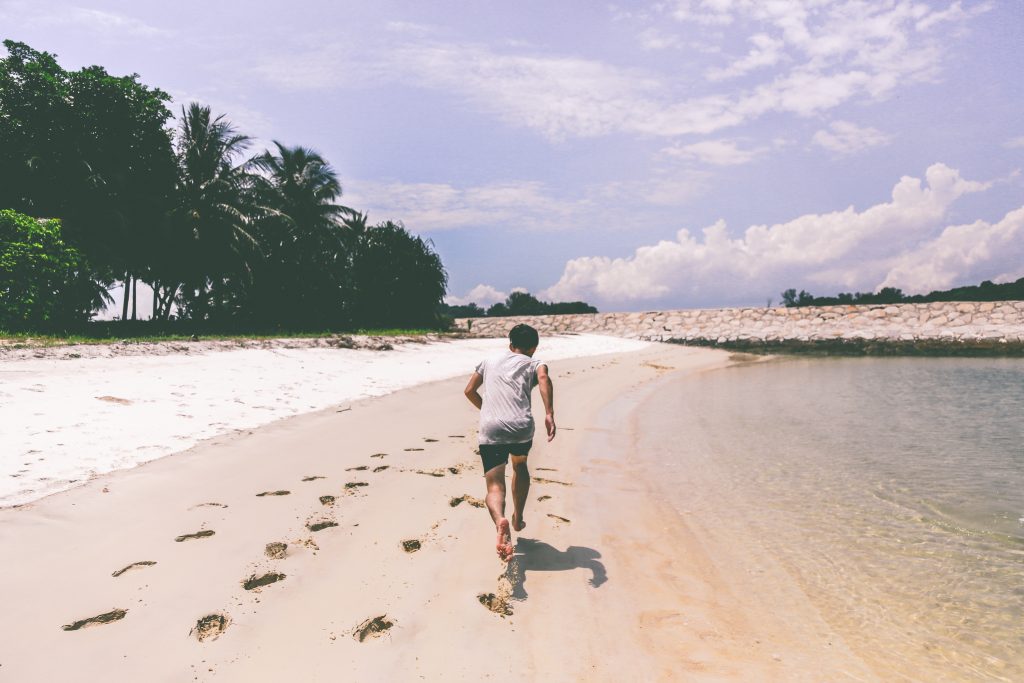 I’m always curious what topics get people riled up online.

At the moment, there is no shortage. See: all American politics

The most recent controversial debate I’ve come across was on a topic I’d never have guessed.

Adam Grant, author of Give and Take and Originals wrote an opinion piece for The New York Times a few days ago called, “Unless You’re Oprah, ‘Be Yourself’ Is Terrible Advice.”

As of writing this, Grant’s article has over 310 comments — mostly from people who disagree with his position.

Here’s a sample of some of the top comments:

“I normally applaud Adam Grant’s advice, but feel that this essay willfully misinterprets the suggestion to ‘be yourself’…”

“This is your idea of authentic? Sad.”

There are plenty more, I recommend you check them out so you can read the full arguments.

To give you some context, I’ll summarize Adam’s position.

“When Cynthia Danaher was promoted to general manager of a group at Hewlett-Packard, she announced to her 5,300 employees that the job was ‘scary’ and ‘I need your help.’ She was authentic, and her team lost confidence in her initially,” says Grant.

Grant says a better approach is to start being more ‘sincere’ instead of trying to be ‘authentic.’

He says, “When Dr. Ibarra studied consultants and investment bankers, she found that high self-monitors were more likely than their authentic peers to experiment with different leadership styles. They watched senior leaders in the organization, borrowed their language and action, and practiced them until these became second nature. They were not authentic, but they were sincere. It made them more effective.”

In one corner, we have the fake-it-‘til-you-make-it group.

In the other corner, we have the to-thine-own-self-be-true group.

So what’s all the fuss?

At the start of Grant’s essay, he uses one example that many people didn’t like. A lot of readers thought the example he used poorly reflected the definition of true authenticity.

“A decade ago, author A. J. Jacobs spent a few weeks trying to be totally authentic. He announced to an editor that he would try to sleep with her if he were single, and informed his nanny that he would like to go on a date with her if his wife left him. He informed a friend’s 5-year-old daughter that the beetle in her hands was not napping but dead. He told his in-laws that their conversation was boring. You can imagine how his experiment worked out.

“’Deceit makes our world go round,’ Jacobs concluded. ‘Without lies, marriages would crumble, workers would be fired, egos would be shattered, governments would collapse.’”

I think Adam is right, for the most part.

I see a lot of commenters confusing authenticity with what they desire to be.

Only because the true ‘you,’ whether you’ll admit it or not, is someone who, at the moment, talks behind other people’s backs. Those are just the facts.

Until your everyday behavior is consistent with what you desire to be, the advice to ‘be yourself’ isn’t always constructive.

I’ve talked before about how outside appearance matters more than you think — and I got some varied responses. The kind of person you want to be vs. the type of person people around you see are two separate, but equally important, things. The problem is that most people like fantasizing about the person they desire to be more than they like admitting the facts about who they are presently. People’s need to protect their idea of who they are is the reason I believe so many are disagreeing with Adam Grant.

There’s nothing wrong with having a clear picture of the person you want to be. But don’t fool yourself into thinking you’re that person if your actions say otherwise.

So being authentic really happens on a case-by-case basis. If your authentic self is confident, not scared of new challenges, and can handle conflict well, ‘being yourself’ is the best advice for taking on a new leadership role.

But if you’re not there yet — if your confidence is still shaky, and you haven’t figured out how to deal with conflict or how to take decisive action, you might want to cool it on the ‘be yourself’ stuff. Fake it. Copy those around you who have the qualities you lack, or hire people that your complement existing strengths.

People respect honesty. But they also respect leaders. There’s a funny scene in The Office where Angela and Dwight compete in a paper-airplane-throwing contest with a $2,000 grand prize.

Dwight decides he’s going to purposely throw the competition because he heard Angela is having money problems. Angela finds out about Dwight’s plan and throws the competition in spite. After the scene is over, the camera cuts to Angela who says this:

“I was disappointed in Dwight today. He showed a weakness that was unbecoming. Even though he did it for me.”

Obviously, that’s a backward example, but I think it makes the point.

Now it’s your turn… what do you think? Is ‘Be Yourself’ good advice or not?

On Knowing It Can Be Done

Can you imagine how difficult the crossword puzzle would be if any given answer might be, “there is no such word”?

The reason puzzles work at all is that we know we should keep working on them until we figure them out. Giving up is not a valid strategy, because none-of-the-above is not a valid answer.

The same thing happened with the 4 minute mile. It was impossible, until it was done. Once Bannister ran his mile, the floodgates opened.

Knowing it was possible was the hard part.

And that’s how software leaps forward as well. Almost no one seriously attempts something, until someone figures out that with a lot of work, it can be done. Then the shortcuts begin to appear, and suddenly, it’s easy.

As soon as we stop denying the possible, we’re able to focus our effort on making it happen.