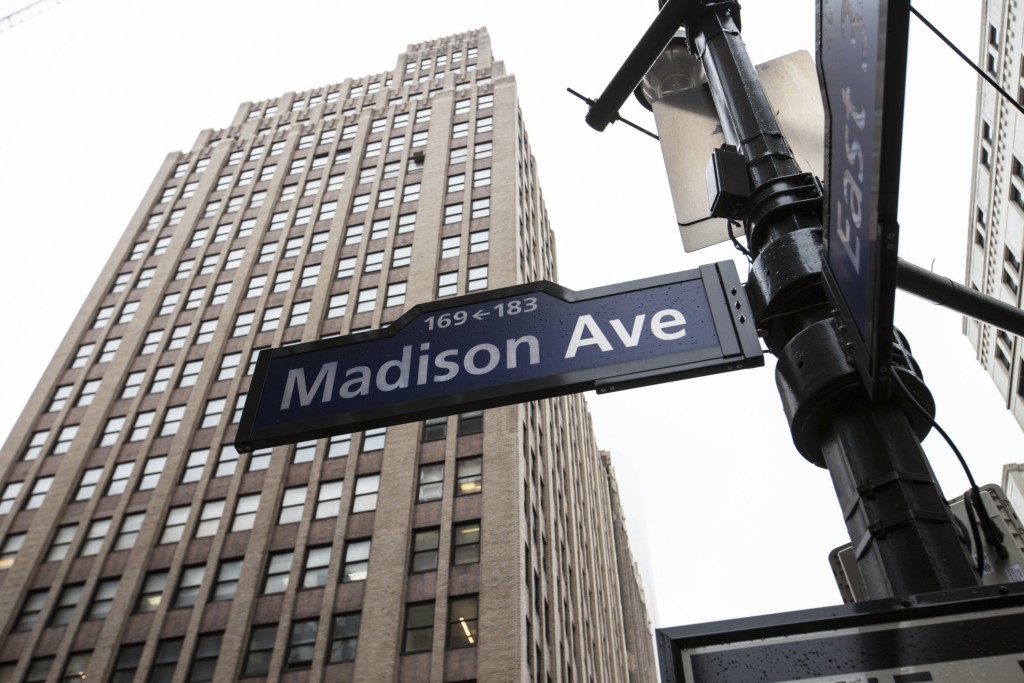 Mad Men is one of my all time favorite TV shows. I gave it five stars on Netflix (I haven’t given any other show as high a rating).

The man you’re about to meet today hated Mad Men — maybe because he is one. He had this to say about the show:

“Mad Men misrepresents the advertising industry of my time by ignoring the dynamics of the Creative Revolution that changed the world of communications forever. That dynamic period of counterculture in the 1960s found expression on Madison Avenue through a new creative generation. It was a testy time to be a graphic designer like me who had the rage to communicate and, to create icon rather than con. And, unlike the TV Mad Men, we worked full, exhausting, joyous days: pitching new business, creating ideas, “comping” them up, storyboarding them, selling them, photographing them, and directing commercials.”

George Lois is a bit of enigma. Here’s what you need to know about him before we get to the juicy stuff:

George Lois is 84 years old now and still as controversial as he was back in the ‘50s and ‘60s. Lois has been accused of stealing other people’s work on multiple accounts — though he denies all cases. Today, I want to share with you three stories told by George Lois that should give you a different perspective on creative selling.

We hear our contemporaries talk about “The Big Idea” a lot — George Lois claims he was the first person to develop “The Big Idea.” Here are just a few of George Lois’ Big Ideas.

The Story About the Story of My Life

Q. How did your time at the High School of Music and Art in Manhattan shape your young artistic perspective?

“The first abstract design course I had, they handed you a big sheet of paper and you had to design different shapes. People ripped off Kazimir Malevich, Paul Klee, or Herbert Bayer. At the end of the first term, our teacher Mr. Patterson handed us an 18 x 24-inch piece of Strathmore paper that had to cost a dime per piece — a dime was a lot back then. Mr. Patterson told us that the topic was rectangles. We had an hour and a half and everyone started working feverishly.  Everyone was cutting out shapes, painting them. But I started looking out the window at a whistling bird — it was springtime. Mr. Patterson knew I was a terrific student, and he was starting to get furious that I wasn’t doing anything.  After an hour and 20 minutes, he said time was up. Before he grabbed my paper, I wrote “G. Lois” in the corner and gave him my untouched rectangle.

“The next morning I went into school and four or five teachers stopped me in the hallway and said what I did for Mr. Patterson was incredible. I had handed him a…rectangle! That was a self-taught epiphany: Any problem that you get as a designer, a communicator, the answer has to be surprising, shocking, maybe outrageous. You want to show your creation to anybody and have them go, “You can’t do that.” That is the story of my life.”

This kind of attitude would define George Lois’ career. In 1960, Lois’ ad agency PKL landed a new client Haloid-Xerox. Here is one of the most you-can’t-do-that stories you’ll ever hear.

In 1960, at my new-born ad agency, Papert Koenig Lois, I told my new client, the head of Haloid-Xerox (we convinced him to change the name to Xerox a few days later), that we could make his incredible new product famous and prestigious overnight if he would allow us to do a classy demonstration on television.

He lectured me on his product’s minimal ad requirements — ads in trade magazines (certainly not commercials) aimed at a mere 5000 purchasing agents — and threw us out of his Rochester office. The next morning, he reflected and told us to go ahead. Our very first commercial showed a little girl visiting her father’s office, where she runs off a Xerox copy for him. His reaction, “Which one is the original?” The message was crystal clear: Even a child could operate a Xerox 914. But the day after it ran, A. B. Dick (a company aptly named) insisted our demonstration was a hoax, and the Federal Trade Commission ordered us to can the spot. So we immediately scheduled a new shoot and invited the perplexed FTC investigators to bear witness.

Only this time, we cast a chimpanzee (who made the copies with a lot less coaching than the little girl required). The chimp lifted the Xerox pad, slipped the original in place, jabbed the correct buttons, and scratched his armpits while the Xerox 914 clicked out a copy.

He grabbed it, waddled back to the same actor who had played the little girl’s father, and scampered away for his banana.

That week, on a CBS network news show, we ran the little-girl spot, followed at the next newsbreak by our outrageous chimp commercial — and America went ape for Xerox. Its ten-year sales objectives were accomplished in six months, and the Xerox culture was born!

The last story I’ll share today is for all the young creatives hustling to create great work.

If All Else Fails, Threaten to Commit Suicide

Q. What’s the greatest length you ever went to champion one of your designs?

“When I was at the advertising agency Doyle Dane Bernbach, I did a subway poster for Goodman’s matzos with big hand-lettering that said, “Kosher for Passover.” Our account guy took it to Goodman’s, but they didn’t like it.

“I was an art director, and I asked my boss Bill Bernbach to call the client and set up a meeting so I could go back and talk to him alone — at that time, art directors didn’t really talk to clients. But Bill got me a meeting for one hour later.

“Goodman’s office was located in Long Island City. I got there and there was a large glass room, with a long table where the owner, who was in his 90s, told me he didn’t want the ad. What was I going to do? I couldn’t go back to the agency, otherwise my coworkers would think I was a young punk.

“Goodman’s office was on the third floor, so I went over to the window, grabbed ahold of the sidebar, and leaned out over the sidewalk. I yelled back inside to the owner, “You make the matzos and I’ll make the ads!” He nearly passed out and told me to come back in the window. Then he said he’d take the ad. As I walked out, he yelled at me, “Young man, if you ever quit advertising, I will give you a job as a matzo salesman!” If all else fails, threaten to commit suicide. If you’re milquetoast, you’re dead.”