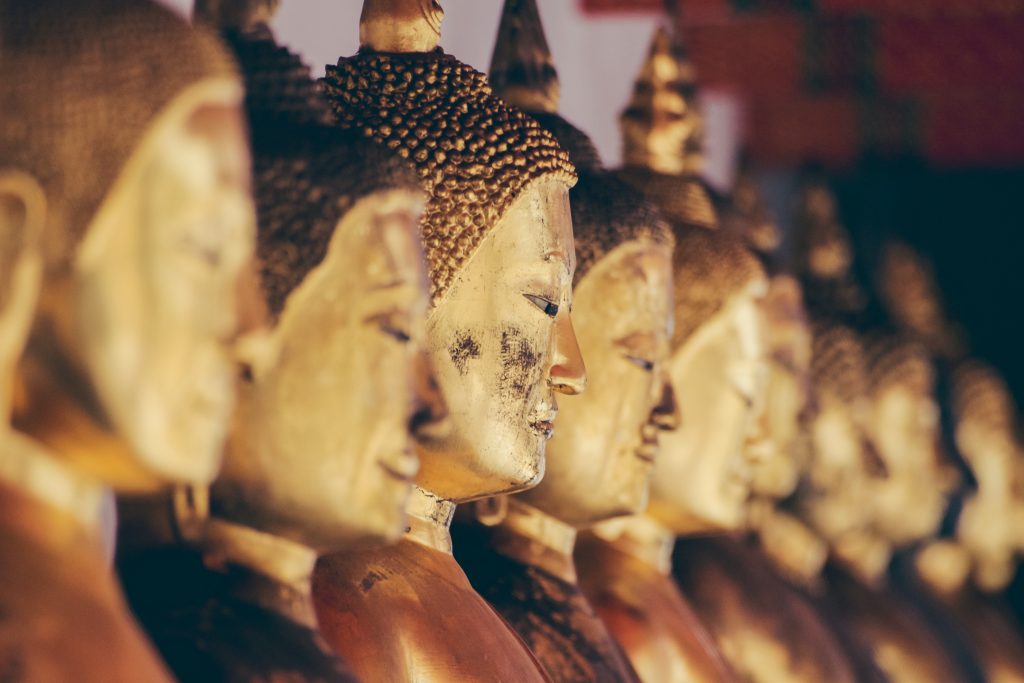 Imagine this… you’re at home, minding your own business, counting your gold coins — you know, typical Tuesday afternoon stuff — when you hear a knock at the front door.

You’re far too busy counting gold coins to go answer the door so you call for Bae to answer it. Unenthused by the request, you remind Bae that you’re the one paying the bills around here. Bae reluctantly goes and opens the door.

Your unannounced guest today is Dionysus — who everyone just calls D.

D is a bit of a party god. Whenever D is around, wine is usually flowing. And since D doesn’t like to party alone, you accept his offer to join him for a few casual afternoon drinks on your patio.

After a few hours of light partying, D decides it’s time to go. You walk him out and then decide you’re going for a short walk to get some fresh air.

As you make your way toward the rose garden, you see a pair of feet sticking out behind one of your rose bushes. You turn the corner and see that it’s your friend Silenus, just having a midday nap. You gently wake Silenus up and Silenus explains that he came with D but couldn’t make it all the way to your front door (typical, Silenus). After you and Silenus have a good laugh, you invite Silenus back inside.

Silenus ends up staying a few days. When you finally take Silenus home — back to D’s place — D is so grateful that you found Silenus and brought him back safely that he offers to grant you one wish.

Like any smart businessman, you wish for everything you touch to turn to gold. The obvious choice. D gives you a funny look, asks ‘Are you sure?’ then shrugs his shoulders and says he’ll make it happen.

You go home to bed. The next day, you wake up and the first thing you touch is your bedside table — it turns to gold. Score! You touch your chair — gold. You touch your bathtub — gold. After a few hours of touching stuff around your house, the novelty wears off.

You go to the kitchen to eat breakfast only to realize, you can’t. Literally, everything you touch turns to gold now. Feeling bummed about this, you go to give Bae a hug — she turns to gold. Oops. Now you’re mad.

You call D up and ask if he can reverse the curse. D says ‘I told you so’ and then does it. Everything goes back to normal… lesson learned.

If you’ve studied Greek Mythology (I clearly have not), you recognize this bastardized version of the story of King Midas. If not, at the very least, you’ve probably heard the term “Midas touch.”

The moral of the story is that greed can lead us to become slaves to our own desires.

At least that’s what your professor will tell you…

There’s another lesson here and it’s far easier to comprehend — and more valuable — in my opinion.

The secret to becoming wealthy, to having doors opened for you, to meeting the most interesting people, and to getting the opportunity to work on fun and rewarding projects all comes down to one thing. Your mindset.

King Midas had half of a good idea when he said he wanted everything he touched to turn to gold. His only problem was he ‘literally’ wanted gold.

When you take on the Midas Mindset and start thinking about everything you touch turning to gold, life opens up. Let me explain…

There are three kinds of people:

Those who meet your expectations.

And those who have the Midas Mindset, who not only meet but exceed your expectations.

When you meet someone for the first time, you want the person you’re meeting to walk away thinking to himself, ‘That was a pleasant surprise.’

I stole this tip from Tai Lopez, who is the definition of someone who surpasses your expectations. Most people know Tai as the guy from the annoying YouTube ads in his garage with his Lamborghini. If you watch some of his videos, you quickly realize he’s not as superficial as you might have thought. Tai made a video about the Midas Touch where he tells a quick story about the first time he met Steven Spielberg.

Tai and Spielberg were at an award show and Tai asked Spielberg if he could take some selfies and videos, Spielberg agreed. After the interaction was over and Tai was leaving, Spielberg asked Tai if he could show him how he did that with his phone. Spielberg was impressed with Tai’s camera-phone skills. Think about that. The director of Jaws and E.T. asking a YouTube-ad celebrity for tips on filming.

The point is, everything you do in life — whether it’s work, networking, going on a date, or offering business services — needs to turn to gold. People should walk away surprised, or at least thinking, ‘This guy did a little better than I thought he’d do.’

If you can consistently do that, you’ll increase your chances of accumulating actual gold.

“The world does not reward average people so I will be extraordinary.” — Ted Nicholas

When someone handed you a calculator for the first time, it meant that long division was never going to be required of you ever again. A huge savings in time, a decrease in the cognitive load of decision making.

You can use that surplus to play video games and hang out.

Or you can use that surplus to go learn how to do something that can’t be done by someone merely because she has a calculator.

Either way, your career as a long-divisionator was over.

Entire professions and industries are disrupted by the free work and shortcuts that are produced by the connection economy, by access to information, by robots. Significant parts of your job are almost certainly among them.

Now that we can get what you used to do really quickly and cheaply from someone else, you can either insist that you still get to do that for us at the same fee you used to charge, or you can move up the ladder and do something we can’t do without you.