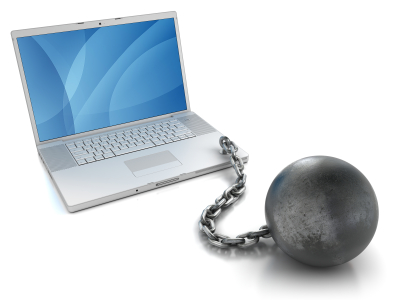 Your ego is like money. In fact, I believe there is something called, “The Ego Economy” that you might be wasting your time on right now.

In this economy, your ego can be traded, bartered for, bought, and sold. I see people participating in the ego economy all the time: new business owners waste thousands of dollars on putting big pictures of themselves on billboards. Social media people and others in the web 2.0 space sacrifice entire days of vacation and family time so they can be mini-internet famous for 1,000 people and make an extra $100/month. And people get into debt buying fancy new equipment they don’t need trying to impress others.

Before the Internet, money was (often) the primary means by which people participated in the ego economy; the money economy fed into the ego economy.

But social media, the Internet, and web 2.0 have given people a whole new venue for being vain and wasting their resources in exchange for ego gratification. Now you can broadcast a video blog to 500 people, become a power user on StumbleUpon, Reddit, or Digg, and start a blog and try to get thousands of subscribers. You can start and lead your own forum or newsgroup. You can be the leader of your own fiefdom of 400 people.

But this probably isn’t worth your time.

Now I’m not saying that all bloggers are ego obsessed or wasting their time. Far from it.

Please, just hear me out.

I’ve seen a lot of people start blogging because they ultimately want to use blogging income to liberate themselves from their day jobs. That’s cool.

The problem is that one year after starting their blogs, far too many of these people are still spending countless hours on their blogs even though they’re consistently losing money, freedom, and time. They’ve become addicted to being in the small spotlight that their blog has generated for them. It’s sad. And many of those people are further away from liberation and more desperate than they were when they started.

The problem is that, although they originally started trying to liberate themselves from their day jobs, they can’t let go of being famous to a teeny-tiny subsection of the Internet.

They are trading ego for freedom.

The tragedy is that so many people who’ve come to the Internet and this web 2.0 space to liberate themselves from dismal jobs end up not liberating themselves at all.

Instead, they end up self-medicating the worthless feeling they have at work with the ego-attention they get through their social media positions, subscriber bases, their statuses as influencers, or whatever, and as a result they end up sacrificing true liberation.

It Doesn’t Stop There

Addiction to the ego economy isn’t just limited to website entrepreneurs. It applies to so many other spaces. I’ve seen business people, for example, waste capital by blindly giving presentations, attending conferences, doing empty networking, paying large sums of money to have their faces painted on billboards, etc.

This time, energy, and money could have been better allocated to delivering more value, differentiating themselves, improving customer support, doing market research, writing better sales letters, structuring better offers, building their email lists, testing their advertising, or so many other valuable actions.

If you’ve started a business because you crave freedom, then really make freedom your number one priority. Forget about billboards with big pictures of yourself. Forget about whether your peers think you’re famous. Make freedom primary, and suppress your ego.

Likewise, if you’re blogging, or investing, or or marketing to support your business and earn an income, then forget about how many subscribers you have. Forget about the number of comments your blog posts receive. Use only one metric for determining your success: freedom. That’s it.

I choose freedom. I hope you will too.

[Ed. Note. To be honest, Clay doesn’t have many talents (it’s a miracle he even gets out of bed in the morning). BUT he’s the recognized #1 expert on getting your market to tell you the EXACT book, online course, or coaching program they’re desperate to buy from you… and THEN getting them to “pre-buy” it from you *before* you create it (making you profitable LONG before you’ve spent one cent producing it). Find out how Clay can help you live a passionate life without working so much.]
Posted in Entrepreneur, Internet Business, Investing, Wealth
This error message is only visible to WordPress admins