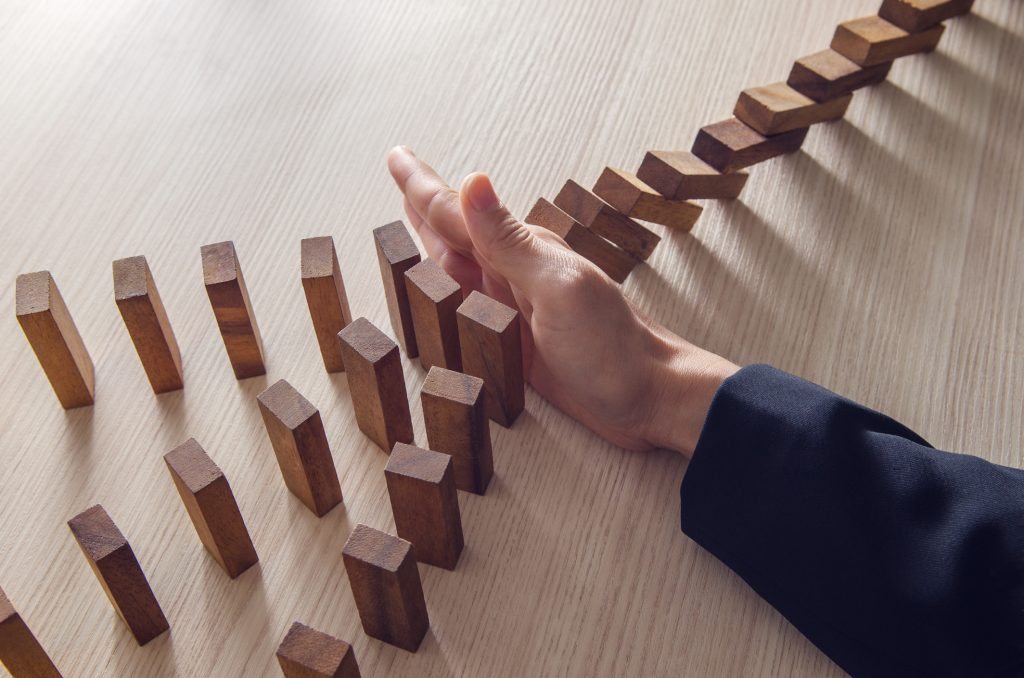 First things first, let’s be clear. What Donald Trump said is repugnant and inexcusable. And yet the Trump apologists are out. His polling numbers have not fallen off a cliff, as one might expect. Instead, his followers have stuck loyally by side, as reported by The New York Times.

But the point of today’s message is not to discuss politics. Set aside your opinions on Trump for a moment and look at the big lesson to be learned from his latest fiasco.

The lesson is that everyone gets a second chance. You can do something wrong and you can come back strong.

We live in the land of second chances. Robert Downey Jr., Michael Vick, Britney Spears, Marion Berry — even Anthony Weiner — were all given a second chances (although Weiner managed to throw that away, too).

Truth is stranger than fiction in the land of second chances, isn’t it?

While you and I will never do or say something as revolting as Trump, the fact is that you and I will make some embarrassing mistakes over the course of our lives.

We might say something on social media that came out wrong. What seemed funny in the moment before you hit “post” doesn’t seem so funny now, and your friends have a permanent digital record of how stupid you can be.

We might mess up at work. Recently a friend of mine sent out an email containing a virus. Worse, his apology email sent the next day to hundreds of authors and online business coaches included all of their private email addresses for others to see. He had forgotten to use the “blind carbon copy” form. Yet all will be forgiven — and forgotten — soon enough. No one is going to stop doing business with him. It was a mistake. He’s human.

Even in a worst-case scenario, through a momentary lack of judgment, when otherwise good people get behind the wheel after two or three drinks and end up with an impaired driving charge, those people are forgiven and then given a second chance.

If there is one thing I know after having observed this crazy world for 41 years, it’s that you can survive almost anything and come back better and stronger than ever before.

Don’t let your mistakes or the fear of failure stop you. Don’t quit because you flubbed up.

When a mistake happens, apologize, learn your lesson, vow to never to do it again, and move on.

When you fall from grace the world will give you a second chance.

Messy divorces can eventually lead to finding the love of your life.

Alcoholics can get sober and reclaim their lives.

The proud can be humbled.

Sinners can be saved.

Even Hillary Clinton is taking advantage of a second chance. Almost 10 years ago she was trounced by a young upstart named Barack Obama.

In 2009, she told CNN she’d never run for president again.

Yet here we are. She’s getting, and taking, a second chance.

Trump is getting his second, third, and one-hundredth chance.

So you made a mistake at home, at work, or in your community.

You didn’t do what Trump did.

You didn’t get embarrassed in front of 330 million Americans like Hillary did.

You don’t have attack dogs out in the press snooping through your garbage and looking for skeletons in your closet.

It’s time to move on.

Here’s what to do instead.

First, face the music. Apologize for what you did.

Second, pay the price. Accept the consequences and do your best to make things right.

Third, move on. Learn your lessons, get better, and grab that second chance that America is happy to give you.

Realize that people don’t want to hurt you. Most people want to see you learn, improve, change, and become a better person. Your fans, your friends, and your family will rally around you.

The next time you make a simple mistake, take it in stride, and vow to get better. In almost every case, it’s not going to be the end of the world.

In minor matters, you’d be best to laugh it off and stop taking yourself so seriously.

For example, earlier this year I was a Coldplay concert. A minute into the third song of the show, lead singer Chris Martin suddenly stopped and started laughing.

“Ah, I messed that up” he said, using much more colorful language.

There he was, a rock star with more than 20 years of performing live shows, and he had forgotten the words to his own song in front of 20,000 people.

He laughed it off. The crowd loved it. The band started again. No one cared.

And no one will really care when you mess up either.

If the celebrities I mentioned earlier and millions of other “fall-from-grace-and-climb-back-higher” stories have taught us anything, it’s that we can fail catastrophically and the world will still give us a second chance.

You’ve given more than your fair share of second chances to others, now it’s time to take your own.

I might even be looking for a second chance after this article because some readers won’t be happy with my message today. That’s okay. I knew what I was getting into when I wrote this essay on Sunday morning.

I apologize if I offended you. I accept that you might disagree with me. I understand if some folks didn’t see the point I was making. But it’s not going to stop me from trying to earn a second chance with you through another great essay on Monday.

So when you do something wrong, get back on track as soon as possible with something right. Your mistakes are minor damage that can be dealt with.

I give you permission to move on from the past and take advantage of the second chance that awaits you. It’s yours for the taking and to become better because of it.