If you have ever considered fasting as a means of burning fat for a transformation contest or just to reshape your body, then you’ll definitely want to go back to part 4 of my interview with Brad Pilon, author of Eat Stop Eat.

Today, Brad covers a number of nutrition-related questions to help you quickly transform your body.  If you’re deciding between fasting and multi meal diet strategies for fat loss, wondering which foods to eat before and after a workout, or just want to know dieting tips for beginners versus advanced individuals, then stick around because Brad spills the beans on it all.

*****************
Craig Ballantyne:  Now let’s go back to when you did your transformation and you talked a little bit about how we have to plan ahead.  How are you planning your meals and what’s the easiest way to plan meals in advance and most effective way to plan stuff if you’re really going to do the multi-meals per day and focus on not eating crap?

But the key is that if you’re going to be eating six, seven times a day you gotta make sure you don’t mess up because that gives you seven times to add just a little bit of calories in.  If you add an extra 50, 100 calories a meal, that’s an extra 350 to 700 a day and your diet’s shot.

many calories it was and then like I said I gave myself that little bit of leeway and then I went for it.

So my first week was literally two scoops of oatmeal, one scoop protein, one cup milk.  And then one protein, a can of protein, one V8 to go, six fish oil caps.  And lunch was meat and vegetables and that was open.  I had a cafeteria at my old work so that’s where I left that kind of free area of calories just because I couldn’t measure that directly although by the end of this transformation I actually had the chef measuring stuff for me.  That’s how great it was when you have a good support group.

Then it went on.  It was one can of tuna.  It was before bed it was two eggs and two scoops of egg whites but everything was to the “t”.  And to keep you from going crazy because no one could eat the same food day-in and day-out for 12 weeks, I would rotate through every week.

I’d sit down on Sunday.  Okay.  What am I going to do this week? And I would measure everything out and make sure it was legit and if I needed to go shopping then I would go shopping and get all the food and just go.

But it’s making sure that – obviously if you’re going to write down what you’re going to eat, you better make sure you have that food available to you.  And then the other thing I noticed is if I go through my records on weeks where I am like I cannot – like right after this week I cannot do a can of tuna every day for the next “x” amount of weeks.  So I scratched off tuna.  That’s something I just did on occasion.  It was just a little too hard.

I notice that towards the end of it I got sick of oatmeal and switched to apple sauce during the mornings because it’s a little lighter on the calories so there’s more volume there.  A lot of TRICKING yourself and not being hungry is dealing with the VOLUME of the foods you eat.

So it was – again, really I’m just saying it comes back down to recording and also recording what you liked and didn’t like so that you can move forward from there.

Craig Ballantyne:  Now let’s do pre and post-workout nutrition.  What are your recommendations here for somebody on a transformation?

Brad Pilon: I didn’t have pre-workout and I did have post-workout which was 50 grams of carbs, 15 grams of protein and 5 grams of creatine so I’m guessing I had two cups of chocolate milk and five grams of creatine after every workout.  Just looking through the records here.

Now really my personal opinion is it’s NOT a large deal.  I’ve come to the conclusion that if you’re training four or five times a week for a physique transformation, every single meal you eat is post-workout and pre-workout at the same time so the key is consistency through your eating. 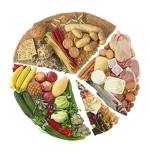 Even if you’re following Eat Stop Eat and the days and times you’re not fasting you should be making sure that the meals you eat are sound and are moving you towards your goals.  So really on any transformation consider every single meal you eat as post-workout and pre-workout and just make sure that they’re balanced. The best way that makes you feel the best about what you’re doing.

Craig Ballantyne:  So more focusing on the daily intake than really getting too hung up on slamming something down within ten seconds of your last repetition?

Brad Pilon: I know the research behind the idea of five seconds after your workout is when you should be pounding everything back and I have my own opinion in that data and how people sort of came to it.

Brad Pilon: Oh, okay.  Any acute trial, which is when they study somebody sort of once, you get fantastic results from amino acids and carbs pre, post-workout.  And these results never seem to translate to when you do six, eight, 12-week long trials.

Long story short is that I think it might make us a little over hyped over the effect of pre and post-workout meals and really it tends to make us neglect the fact that long-term muscle growth is chronically happening when you’re training.  I mean it’s a very slow process so EVERY single meal you eat should be geared towards the idea of putting on muscle and losing fat.

So my personal opinion is if you’re really going for this contest and you really want to make a physique transformation to just last your whole life, then I wouldn’t put any more importance on meals two and three than I would meals one, four, five, six.  They’re all vitally important to the process.

Craig Ballantyne:  And I think that comes to a very similar point about where you read these studies on supplements that increase metabolic rate whether it’s caffeine or green tea, these are often just done once but when you do, you give the supplement for eight weeks there’s no change in body fat. So do you ever recommend any supplements for people that are in transformations?

But in terms of a diet supplement or a fat-burning supplement, I didn’t use them for my program and I think for your first – if this is your first time don’t.  See how well you can do without any sort of crutch.  Just nail it through and see all the benefits of just hard work and proper planning.

And I think the only difference is someone who’s done it more than once or twice knows best how their body responds so they may be able to get results a little bit quicker and they know exactly where they’re going to slow down and they know where a plateau is going to happen and they know not to freak out.  That over a two-week period they didn’t lose anything because they know it always happens to them.

But the core concepts of eating to lose fat, training to maintain or build muscle, and recording everything, it pretty much stays the same no matter your experience level.

Brad Pilon: Yeah.  I know for me that the weight loss is fairly slow.  I mean it was constantly about 0.6, 0.7 pounds a week.  And that was the whole time.  It stayed that way.  I had sometimes where it was a little bit more or sometimes a little bit less but it was always right around there.  And so it’s nothing to freak out at if you’re not seeing massive losses because you know they’re coming.

And I would definitely looking back at this actually I think you helped me put the program together.  I’d follow almost this exact same weight training program because it worked really well for me.

And I even have a period here where I think I talked myself into probably about five weeks out from the actual show trying out like a body part split and then after about two weeks of it I have a note here to never ever do that again.  So I mean who else can I trust but me?  If I say don’t do that, I’m not doing it again.

So I would go right back to the exact same workout program that worked so well.  I would use the Eat Stop Eat only because right now it’s keeping my body fat very low regardless so I don’t know why I’d change that.  And then I’d just read through this book and find out what I did and didn’t like and go with it again.  And that’s the BENEFIT again of doing it once before and recording everything.  Now you know.

Let’s finish off this interview with Brad’s tips on how to peak for your big day.