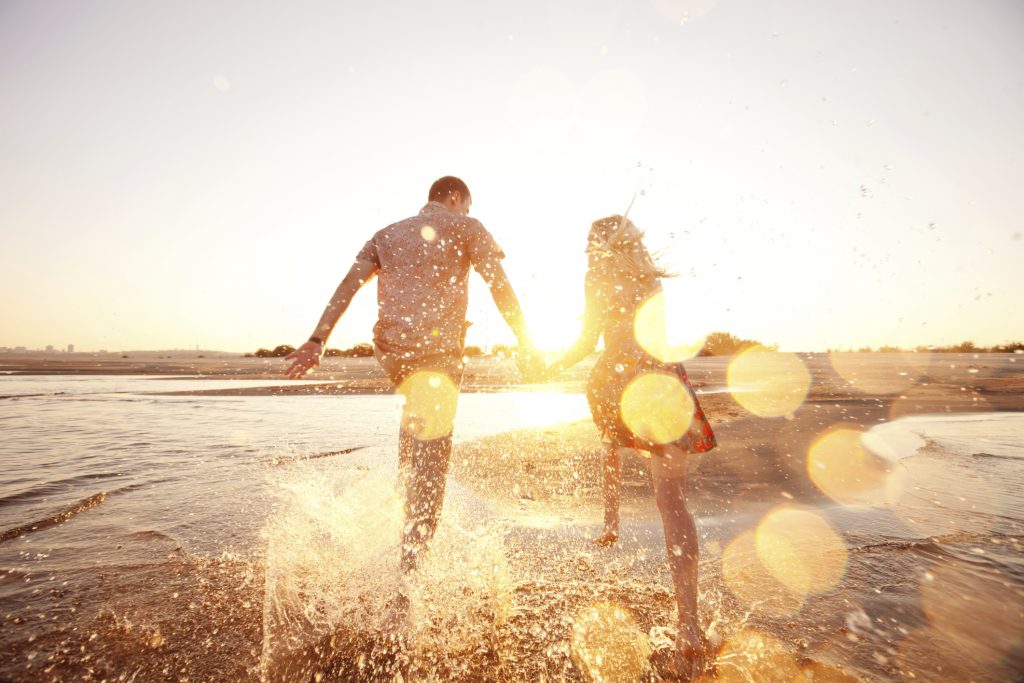 A couple months ago, I started a daily practice with my wife, Eva, called the Intentional Dialogue process, aimed at helping us become better at talking about difficult issues.

Now, Eva and I have a great marriage, and we love each other deeply. But like any couple, sometimes we feel frustrated or hurt by the other person, or sometimes we don’t feel we’re being heard.

Every person in a long-term relationship knows what I’m talking about. In fact, this same dynamic applies to any long-term friend, any family relationship with a good degree of intimacy. Difficult conversations are touchy.

Things shifted drastically when I learned something simple and yet profound, from talking to renowned relationship/men’s coach John Wineland a couple months ago …

Most couples violate a basic tenet: I’m not going to make you feel wrong.

Think about that for a minute. When we get into an argument, we’re basically making our loved one feel like they’re wrong. We might say, “Sure, but actually …” and then go on to explain how their point of view or actions are all wrong. When we criticize them, we’re saying they’re wrong.

Who likes to feel this way? It can especially hurt when our trusted partner is making us feel wrong. And if you’re like most couples, you might be doing this every day.

So how does the Intentional Dialogue process help with this? It helps you communicate to your partner (and really try to believe yourself) that they are not wrong. That how they feel makes sense.

I’m not an expert on this process, but here’s how we’ve been practicing it:

This is all better explained by John Wineland and his co-teacher Guru Jagat in this great video. Watch it and you’ll understand the process, I think.

Claim Your Free Cookbook With Over 100 Delicious Fat-Burning Recipes

The Benefits of the Process

You might notice that in the above process, there’s no solution seeking, just understanding. So how does this help if there’s no resolution to the conflict?

What Eva and I have found is that this process changes everything. We start to respect the other person’s point of view, we feel understood and not frustrated, and we feel a sense of intimacy and trust with each other.

It really changes how we feel about each other, how we relate to each other. It means we can work together with trust to find a solution, but sometimes we don’t even need a solution, because all we really wanted was to feel understood.

John shares a few additional benefits (these are his words):

John recommended a 40-day challenge … commit with your partner to do this Intentional Dialogue process every day for 40 days. It means deliberately practicing every day, even when you’re not having a conflict.

The idea is that once you learn the process and gain trust in each other to work through the process, you’ll be more likely to use it when there is a conflict. And more skilled at doing it by then.

Eva and I did it for several weeks, but then got derailed by a series of visitors that threw off our schedule. We’re getting back on track and are committed to using this process to strengthen our relationship. But even doing it for a few weeks … it changes things a lot.

I hope you’ll give this a shot. It’s my hope that you’ll find the intimacy and trust that Eva and I have found.

Leo Babauta is the owner of ZenHabits.net, a website devoted to providing clear and concise wisdom on how to simplify your life. He's also the author of, "The Power of Less."

Everyone has their own journey 😅⁠ ⁠ Tag a f