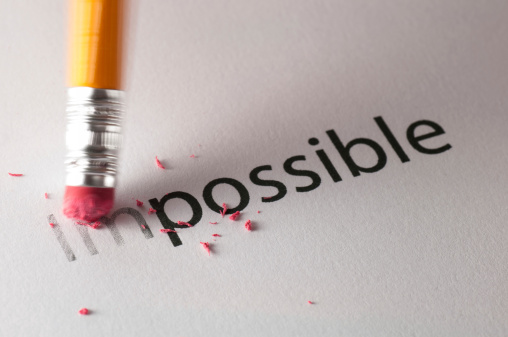 Changing habits, at its core, is simply a process of changing what’s normal for you.

This is something I’ve done myself many times over the last decade. Here’s just a sample of the new normal I’ve achieved in my life:

In fact, you could say the last 8 years of my life has been a constant adjusting of what’s normal. Adjusting normal is my normal now.

However, for most people, changing is tough because there’s some pain in changing. When you have a problem, there is the pain it causes in your life, but there’s also a pain of trying to change it. When the payoff of trying to change is outweighed by the pay off of continuing the old way, people stick with what they’re comfortable with.

How do we overcome this problem of the pain of change? It’s the mantra of this site: Start small, start with one thing at a time, and make the change easier. You want to make changing the path of least resistance, because change usually isn’t for most people.

If you make a drastic change, it feels really hard and really different, and not something you can stick to for very long.

But when you make a change easier, it makes it easier to take that all-important first step. Once you take that first step, you have a bit of forward momentum. And it’s much easier to be consistent and stick with something for a long time.

Let’s take an example: I used to drink coffee with lots of added sugar. I used to think there was nothing wrong with that, but eventually I realized I was making an excuse for putting crap in my body. So I started by putting half a teaspoon less in my coffee. At first, it was slightly less good. But after a few days, it taste exactly like normal, like what I was used to. And then I took out another half a teaspoon, and it was slightly less good for a while, and then after a while it was exactly what I was used to.

Our minds tend to adjust over time. That’s my change process – I gradually adjust what’s normal to me. Eventually I didn’t need any sugar in my coffee, and it was just as good for me, I didn’t have all that crap, and I enjoyed it the same.

You can do this with anything – exercise, meditation, procrastination. Gradually adjust what feels like normal to you.

This is the process of creating a new normal. It’s beautiful and simple.

[Ed. Note: Leo Babauta is the owner of ZenHabits.net, a website devoted to providing clear and concise wisdom on how to simplify your life. He’s also the author of, The Power of Less: The Fine Art of Limiting Yourself to the Essential, in Business and in Life.]

Leo Babauta is the owner of ZenHabits.net, a website devoted to providing clear and concise wisdom on how to simplify your life. He's also the author of, "The Power of Less."

In order to be better than you are now, you must f