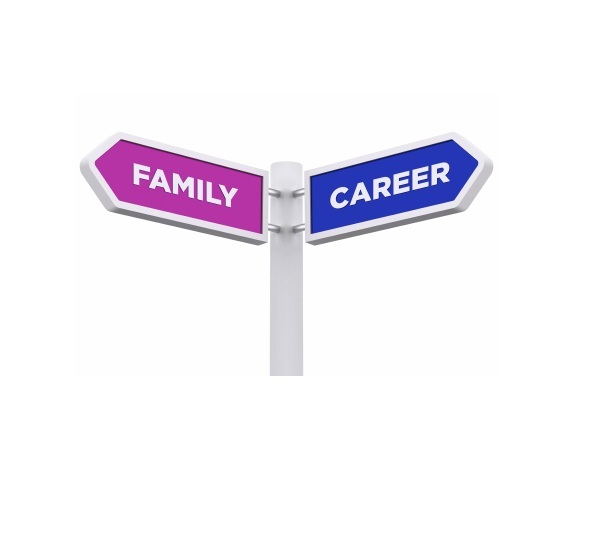 At a party last week, I bumped into a distracted woman wearing a frown.

She shook her head and gave me a slightly embarrassed smile.

“It’s just that when I come to social events like these, I cringe when people ask what I do and I have to admit I’m a stay-at-home mom.”

“What’s wrong with that?” I said. “You don’t like having the most important job in the world?”

She said some people – especially working women – look down on her. She felt marginalized.

I was tempted to remind her of Eleanor Roosevelt’s line that no one can make you feel inferior without your consent. But I took a different tack and told her about a story I’d just read in the Philadelphia Inquirer.

A budget crunch at the Philadelphia School District caused the district to lay off 91 school police officers. You might reasonably wonder why a school police force is necessary in the first place.

The newspaper reported that in Philadelphia’s 268 schools, “on an average day 25 students, teachers, or other staff members are beaten, robbed, sexually assaulted, or victims of other violent crimes.” And that doesn’t include thousands more who are extorted, threatened, or bullied each year.

Why is this happening? The short answer is poor parenting. (Some might call it no parenting at all.)

There are few threats to our future greater than family disintegration. Forty-one percent of all children today are born to unmarried women – and the number rises to more than 50% for women under 30.

Single-parent households in the inner city often lead to disorderly neighborhoods, schools that cannot teach, transgenerational poverty and mass incarceration. There are nearly 2.3 million people in American prisons and jails today. Another 5 million are on probation or parole.

Knowing this, how could anyone really look down on someone dedicating a significant portion of his or her adult life to parenting? After all, the family is the building block of all great societies.

Yet a parent’s job has never been tougher.

Modern culture doesn’t elevate kids. It doesn’t celebrate education, virtue, hard work, or risk-taking. It distracts and consumes them with celebrity and materialism. Popular music and television shows cater to the lowest common denominator. Mindless consumption is idealized and encouraged by the most sophisticated marketing techniques ever devised.

In my house, we fight a constant battle with our 14-year-old daughter who pleads to go with her friends to PG-13 movies where glamorous young stars play characters who are drunk, high and hopping from bed to bed with nary a consequence. (When I was young and childless, this seemed like a trivial issue. Funny how having kids can change your perspective.)

How do you do it? Mostly the old-fashioned way, by instilling values and setting an example.

It takes more than just teaching kids to behave, however. They also have to dream. And it’s up to parents to show them how to achieve those dreams. That usually requires something very specific…

In 1972, Stanford psychologist Walter Mischel concocted an ingenious experiment involving young children and a bag of marshmallows. He put a marshmallow on the table and told each child that if he (or she) could wait 15 minutes to eat it, they would get a second one as a reward.

Two-thirds of the kids flunked miserably. Some caved in at once; videotapes show others struggling to discipline themselves – some even banging their little heads on the table.

But the surprising results of the study came years later. Researchers followed up on the children to see how their lives progressed. Turns out the kids who exercised forbearance rather than eating the marshmallows at once had SAT scores 210 points higher. They were also more likely to finish college, enjoyed significantly higher incomes, were far less likely to go to jail and suffered fewer drug and alcohol problems.

What does this mean? It means we should love our kids. We should teach them to treat others the way they would want to be treated. But if we really want them to succeed in life, we should also teach them the enormous benefits of delayed gratification.

Kids need to expect to struggle and to put off rewards. Because, with few exceptions, success means giving up a lot of things you’d like to do for things you really ought to do.

This is a message every child should hear – and every parent should embrace. Perhaps even at a cocktail party.

What was the biggest help that your mother gave to you?

[Ed Note: Alex Green is the author of excellent books like, The Secret of Shelter Island: Money and What Matters, and Beyond Wealth, that show you how to lead a “rich” life during trying economic times.]
Posted in Family, Lifestyle, Motivation, Self-Improvement
This error message is only visible to WordPress admins