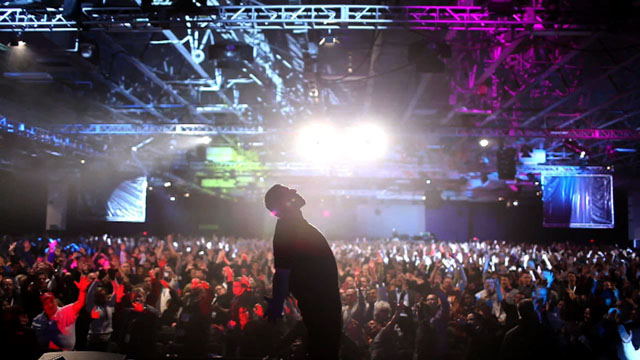 Last week I watched the new Tony Robbins documentary “I Am Not Your Guru” on Netflix.

Overall, I thought the documentary was just, meh.

About half way through I got bored and stopped paying attention — but I did come away with two thoughts:

Like many who have watched the documentary have pointed out, it was shocking to see Tony Robbins swearing as much as he does at his live events.

Robbins says he does this intentionally to shock and disarm his audience out of their normal states. It’s definitely an interesting tactic, but after about the twentieth f-bomb gets dropped, it feels less shocking and more pedestrian.

The Economist wrote a pretty accurate review of the documentary that I recommend you read. The best part of the article, for me, was the conclusion:

Americans have long seen optimism and personal agency as an inevitable part of their identity; compared with Europeans, Americans grant themselves a greater role in their own successes and failures. The growing popularity of life, career, and even love coaches may seem a natural extension of the positive-thinking continuum, an ever-more aggressive grasp for a fulfilled life. In this field, Mr. Robbins stands as an original prophet. And yet, desperation plays an undeniable role. It can be seen in the faces of his many fans: a need to make sense of an increasingly chaotic world, and a growing insecurity about navigating it and staying afloat.

The only thing I’d add to this is that the desperation runs deeper than Tony Robbins’ fans; it runs in the teacher as well.

Something John Berlinger, the director, highlights in the documentary is Robbins’ passion and need to help other people.

It’s clear Robbins has convinced himself that this is his calling in life. And there’s no doubt he’s proven he’s one of the best at helping other people overcome personal struggles.

Maybe I’m being a bit cynical writing this, but I’m always a little skeptical of people who seem overly selfless.

You might say, well, he runs these events to make money. Sure, he charges $2,495 to attend one of his live events — but do you really think Robbins needs the money?

His events cost what they do so that you value them. If they were free, you probably wouldn’t value the experience as much.

What about his charities?

I also imagine most of his profits from these events go to Robbins’ various charities, however, I still don’t believe this is the primary reason he puts on these live events.

Evolution has programmed in all of us the need for status.

Take any self-help guru that’s made a lot of money and ask them why they keep working instead of retiring.

They’ll probably tell you what Robbins will tell you, that it’s because they like helping people. That helping others brings them joy. The ones who tell you this, and only this, deserve some side eye.

I believe they’re telling the truth — but I think it’s only half the truth. Whether they’ll admit it or not, they also love the attention, they love the status their position of power affords them.

This is just unconscious behavior that everyone deals with, myself included. We are all seeking status, every day, every interaction we have with other people.

In “I Am Not Your Guru,” I saw someone obsessed with helping other people, to a point where it seemed delusional. This is probably the best-worst thing you can be obsessed with in life. But I think it’s telling about the pulse in the room at some of these live events. Desperation feeds on desperation.

If you’ve watched the documentary, I’d love to hear your thoughts.