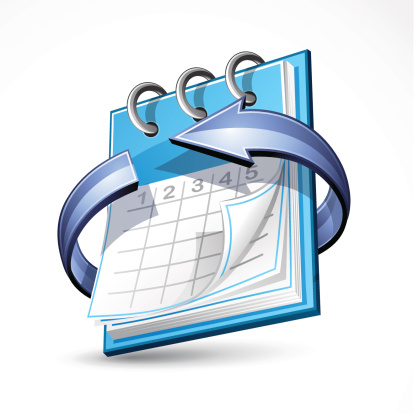 Today I want to share with you a real secret. I will be so bold as to say it is THE secret to accomplishing anything worth doing.

You have probably encountered this secret many times yourself. Most people have. But few people recognize it as the secret it truly is. Instead, they walk right past looking for something better.

This secret is something I walked past many times on my way to something else too. I would often see it laying off to the side of the road. Partially covered with dirt, it didn’t glisten or glow like the secrets I thought I wanted.

At that time in my life, I had no idea that truth and power don’t glisten. They’re not flashy and they certainly don’t attract much attention. Instead, they are still, just giving off their quiet power for those who are ready for them. This is how they stay protected from people who have more growing to do.

Apparently, I had much growing to do before I discovered this secret. I certainly didn’t know it in college.

Back in music school, there’d be these times where everything in my life would start to go down the tubes. Lessons with my teacher wouldn’t go well… performances wouldn’t go well. It seemed like every day was just struggle.

The first time this cycle appeared was sometime during my second year. That’s when the excitement of the first year had worn off and those who knew this secret began to excel.

I certainly didn’t know it.

My frustration was a clue I hadn’t yet discovered the secret. For if I had, these turbulent months would have come and gone virtually unnoticed by myself.

I still hadn’t discovered the secret during my first real job out of college either. I thought it was the crappy employment situation that was to blame for my frustration. Hardly. It was all caused by my lack of understanding of the secret.

So what is this secret to everything—the one I didn’t manage to figure out until not too long ago?

The secret is this:

The only way you get the life you want is to make small investments in your dreams, each and every day you are given to live.

Your future is not determined by luck, by flashes of brilliance or even by “who you know.” It is determined by your willingness to make small investments consistently in the direction of your dreams.

Some people call these “investments” habits.

No one will reward you for your habits. Almost no one will even notice them. So if you are not developing them for you and you alone, then they will never stick around.

Trying to create new habits for “someone else” is a waste of time. Doing it because you feel “compelled” to do it won’t work. Do it for you. Do it because you want it.

And that’s what makes developing habits such a challenge. The training we’ve all received (courtesy of “the system”) has effectively cemented over our ability to be in touch with what we truly want.

Ask 100 people, “what do you want?” and most of them won’t be able to tell you. They can’t even tell themselves.

The odd part is that humans are already “hardwired” to go after what they want. So if knowing “what you want” is a challenge for you, it probably means one of two things is true:

Once you know what you want, then all that’s left is a simple decision:

Will you live habits that support your journey towards what you want or ones that obstruct it?

If you really want what you say you want, the habits aren’t really an issue. Small habits, lived daily, will get you there. The power of the small habit is pretty much without limits. Small investments, made consistently over a long enough period of time, can accomplish anything.

There’s far more power in these small habits than it appears.

If you truly want to become the best possible version of yourself, then do the thing that very few people are willing to do. That thing is to commit to small habits, daily.

But eventually, you’ll wake up one day and find your life transformed. People will ask you how you did it. They’ll try to discover your “secret” for such a major transformation.

They probably won’t be interested in hearing the truth, but that doesn’t matter. What matters is that you’ll finally see just how powerful your secret really is.

What habit can you change today?