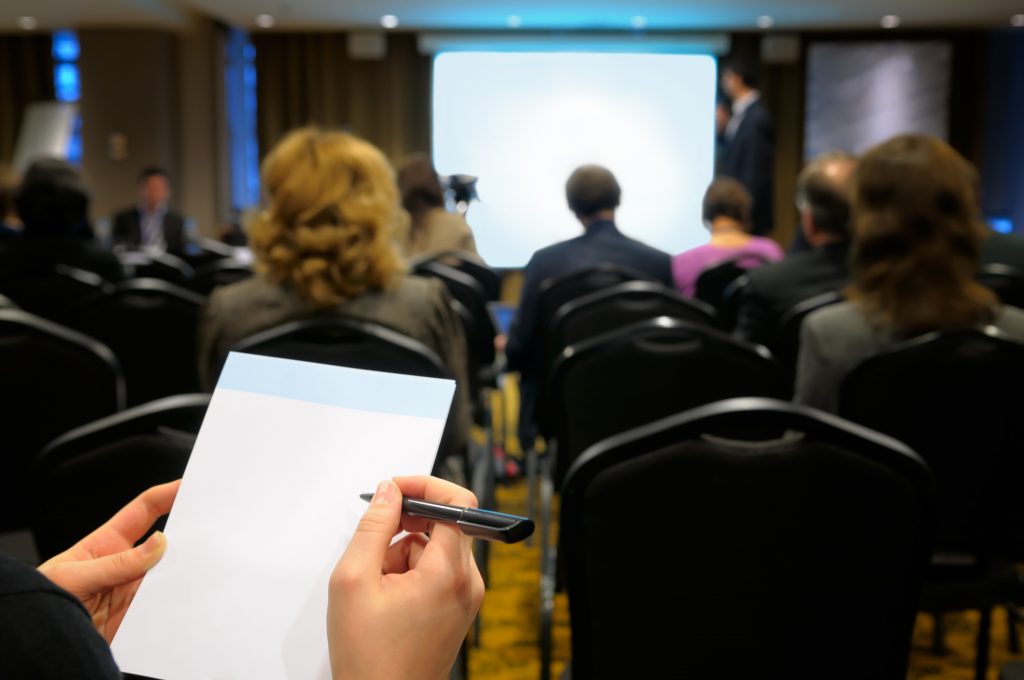 I recently talked to a friend of mine about a seminar he attended for work.

The seminar was for an event he probably never would have gone to or paid money to attend on his own simply because the event was outside his field of study. He told me he was underwhelmed by it.

I attended the same seminar a couple years earlier, however, and was very excited about it.

And while I was more fired up about attending the event than my friend, I’m sure my friend got more out of the experience than I did.

His ROI was bigger than mine and I’ll explain why.

One of ETR’s contributing authors Michael Simmons published some interesting findings on the number one predictor of career success according to network science.

Michael’s findings show that people with large, open networks, perform better in their careers than people with small, closed networks.

Michael illustrates his findings in this graph below. 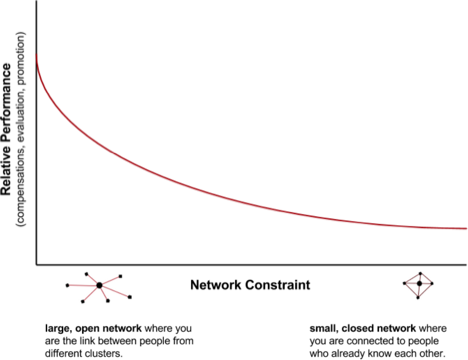 If you’re considering attending a live seminar this summer in your industry, these findings should make you think twice.

The Problem with Closed Networks

The reason why people in closed networks are significantly less successful in their careers than their peers in open networks is because closed-network people have stale ideas.

“Most people spend their careers in closed networks; networks of people who already know each other. People often stay in the same industry, the same religion, and the same political party. In a closed network, it’s easier to get things done because you’ve built up trust, and you know all the shorthand terms and unspoken rules. It’s comfortable because the group converges on the same ways of seeing the world that confirm your own,” says Michael.

There’s definitely an argument to be made for closed networks. As Michael said, in a closed network, it’s easier to get things done.

Just ask anyone who’s ever joined a mastermind group about their increase in productivity before and after joining their closed, inner circle.

But this doesn’t negate the fact that closed networks stifle new ideas.

How many times have you heard your friends or your employees say this after attending a live event?

I didn’t really learn anything new but the people were great!

I got news for you, the people at every live event are great.

You’re hanging out with learners — people willing to pay money to hang around other learners.

“The people” should never be the reason why you attend a live event. If networking is your primary reason for attending live events, you’re not only wasting your money but you’re wasting your time too.

You should be attending live events to learn new things and to meet new people outside your industry. This is how you grow an open network like Michael talks about.

Rather than attend another marketing or copywriting seminar, why not attend a seminar for dental professionals or chiropractors instead or vice versa?

Will the technical material at the event be over your head? Probably.

But you’ll gain new insights into some of the challenges these industries face and some of the ways these professionals are solving problems you never imagined.

Michael proposes these four benefits to people who are dedicated to growing open networks:

1.     More accurate view of the world. It provides them with the ability to pull information from diverse clusters so errors cancel themselves out. Research by Philip Tetlock shows that people with open networks are better forecasters than people with closed networks.

3.     Ability to serve as a translator / connector between groups. They can create value by serving as an intermediary and connecting two people or organizations who can help each other who wouldn’t normally run into each other.

4.     More breakthrough ideas. Brian Uzzi, Professor of Leadership and Organizational Change at the Kellogg School of Management, performed a landmark study where he delved into the tens of millions of academic studies throughout history. He compared their results by the number of citations (links from other research papers) they received and the other papers they referenced. A fascinating pattern emerged. The top performing studies had references that were 90% conventional and 10% atypical (i.e., pulling from other fields). This rule has held constant over time and across fields. People with open networks are more easily able to create atypical combinations.

Attending live events outside your industry might sound scary or like it could be a waste of money but it’s a better gamble than paying to play it safe and meet your colleagues in an echo chamber.

Stepping outside your comfort zone is supposed to be uncomfortable. That’s how you know you’re growing.