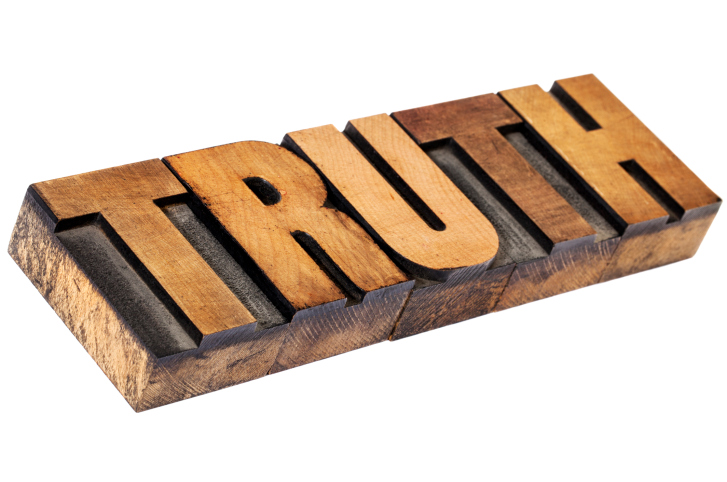 Reality is an issue that people tend to get very emotional about. The problem is that reality is nothing more than truth, and as Baltasar Gracian, the insightful and pragmatic 17th century Jesuit priest, cautioned, “Truth is abhorred by the masses.” Instead, they try to make true that which they love — a self-delusive practice that virtually guarantees frustration and failure.

Unfortunately, most people live in an unreal world; i.e., they create a world in their own minds based on the way they would like it to be rather than the way it actually is. They seem to have adopted the philosophy of Ashleigh Brilliant, who once remarked, “I have abandoned the search for truth, and am now looking for a good fantasy.”

It is absolutely essential that a person intellectually and emotionally understands that reality isn’t the way he wishes things to be or the way they appear to be, but the way they actually are. The person who is not able to make this distinction finds it virtually impossible to make decisions that lead to positive results.

Which brings me to principles. A principle is synonymous with a law of nature, as opposed to a law of man. Most manmade laws are nothing more than legalized aggression against the sovereignty of peaceful individuals, and rarely bear any relationship to Natural Law, reality, or morality.

A true principle of nature cannot be created or changed in any way. Take the principle of gravity, for example. Isaac Newton did not wake up one morning and decide to create a principle whereby if he dropped an apple from a tree twenty times, it would fall to the ground nineteen times and rise upward the twentieth time.

Instead, through experimentation, he found that if you drop an apple from a tree twenty times, it will fall to the ground twenty times. What he did was discover the principle, or law, of gravity.

A principle, then, is the essence of reality. To try to create our own reality is both futile and destructive. You certainly have the right to go on believing whatever you wish to believe, but reality doesn’t care about your beliefs.

Reality will deliver negative consequences to the well-meaning, ignorant individual as surely as it will to the malevolent, stubborn person. Not once has reality excused anyone for good motives, so consistency is essential when it comes to a proper perception of reality.

In physics, we learn that for every action there is an equal and opposite reaction. The longer I live, however, the more convinced I am that in the daily process of living (as opposed to the science of physics), reactions tend to be far greater than the actions that provoke them.

In other words, whenever we do the wrong thing, the “punishment” seems to be way out of proportion to the “crime.” My experience has been that I almost always end up paying for an irresponsible action over and over again, with each payment seeming to take the form of a balloon note carrying onerous, compounded interest.

The consequence may take a long time, and it may be indirect or subtle in nature, but there is always a consequence. Symbolically speaking, everything you do goes into your book of life. This doesn’t necessarily hold a religious connotation, but I do firmly believe that universal forces are at work that pull us inexorably toward the deserving results of our actions. Kindness begets kindness; cruelty begets cruelty.

Where many people allow themselves to be misled is that the payback for their actions is not always immediate, which results in their failing to make the connection when it finally arrives. Or, even when the consequence is prompt, they may miss the subtlety of the connection between the result and some action they have taken.

Though most people know, deep down inside, that all actions have consequences, I am convinced that few of them give it more than a passing thought as they go about their daily affairs. The question is, why would people ignore such an all-powerful, immutable principle?

I believe that man inhabits a world of delusions, which obscures reality and creates dangers for himself and others. He rarely understands what he is doing or why he is doing it. His actions and beliefs indicate that he lives in a state of waking dreams.

I further believe that one of the most important steps in a person’s personal growth is to be become adept at transcending his world of delusions. This is not an easy task, due in no small part to the fact that we are surrounded by delusions each and every day.

The nice thing about it, however, is that you can overcome these delusions, provided you are committed to truth. This means being willing to subordinate your desires and wishes — your dreams, as it were — to reality.

The more often, and more quickly, you are able to recognize truth in your daily life, the more likely it is that you will become part of that small minority of the human race that does not live in a state of waking dreams. The challenge is to learn to correctly perceive reality, because when you consistently perceive reality accurately, delusions begin to disappear. And as delusions vanish from your life, you are able to deal effectively with problems on a more rational basis, which in turn leads to success in all areas of your life.

What truth are you hiding from? And what can you do – today – to conquer it?

[Ed Note: Robert Ringer is the author of three #1 bestsellers, two of which have been listed by The New York Times among the 15 best-selling motivational books of all time. Through his books, articles, speeches, and seminars, he has helped more people transform their aspirations and goals into reality than perhaps any other author in history. His articles appear regularly in Early to Rise, A Voice of Sanity, WorldNetDaily, and numerous newspapers nationwide. Gain immediate access to A Dealmaker’s Dream and many bonuses for 66% off here.]
Posted in Motivation, Self-Improvement
This error message is only visible to WordPress admins