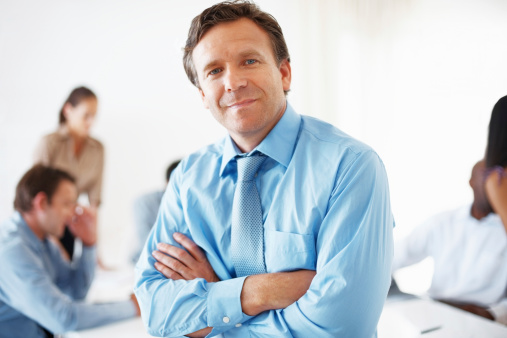 It’s often been said that business would be easy if you didn’t have to deal with people. How true. But, realistically speaking, you can’t expect to achieve your goals without interacting with, and receiving the help and cooperation of, other people.

If you start a business, you need to deal with employees, suppliers, customers, regulatory agencies, and many other kinds of people. If you work for someone, you have no choice but to interact with your boss, co-workers, support staff, and anyone and everyone else directly or indirectly related to your job.

This is true in every area of life. Whether you play sports (even so-called individual sports), get married and raise a family, or travel the world, people are an integral part of almost everything you do.

Even if you were to attempt to live a Thoreau-type life in the wilderness — a prospect that sounds rather boring — you still would find the need to talk to people from time to time. Food and medical care are two obvious reasons why.

That being the case, it makes sense to know as much about human beings as possible. In that vein, I thought it would be helpful to review some of the more important realities of human nature.

We’ve heard since childhood that no one is perfect, and experience repeatedly confirms the truth in this maxim. We learn this early on when we witness a coach swearing, a teacher punishing us for something we didn’t do, or a parent not keeping his word.

Nevertheless, from time to time we tend to get so high on someone that we set ourselves up for disappointment. Such a disappointment often stems from relying too much on the other person; the more we depend on someone, the more likely we are to bring his imperfection to the surface. For this reason alone, striving to be a self-reliant individual can go a long way toward helping you avoid bringing out the worst in people.

All people are programmed at birth to do what they believe is in their best interests. To the extent you expect people to act altruistically, you invite unnecessary problems into your life.

Keep reminding yourself that you do not have a right to someone’s love, friendship, or respect. All these, and more, must be earned. If you choose to act contrary to this basic principle of human nature, the result is likely to be frustration and disappointment. Never forget that the key to getting what you want in life is to focus on actions that create value for others.

People rarely change their personalities or moral structures. Anyone can put on an act for a while, but ultimately the truth will become evident to those who know him. It’s important to understand this, because we sometimes go along with questionable people in the hopes that they will change their ways.

Unfortunately, it rarely happens, which is why it’s wise to select business associates, friends, and, most important, spouses on the basis of common values. Opposites may attract, but they tend to end up strangling each other. For example, a marriage between two people with conflicting ideologies — i.e., fundamental doctrine that guides their actions — is a perfect example of such a contentious mismatch.

Don’t expect even the most ethical people to live up to your moral expectations of them 100 percent of the time. All people, at one time or another, deviate from their moral beliefs; i.e., they are sometimes hypocritical. More often than not, the cause is the desire for instant gratification. Since people are imperfect, you should not be shocked when an otherwise ethical, upstanding friend or acquaintance occasionally engages in situational ethics.

The practice of situational ethics, however, is an unreasonable burden when it becomes a way of life for someone — i.e., if it’s someone who is in your life. If I can never be certain about what a person’s ethical stance is going to be from one occasion to the next, I’m likely to spend way too much time thinking about it. Worse, there is an ongoing danger that he might cause me harm whenever I make an assumption about how he’s going to handle a given situation.

Like it or not, most people are impressed by money and power — especially those who claim otherwise. Victor Hugo made an astute observation about this reality of human nature when he observed, “Prosperity supposes capacity. Win in the lottery and you are an able man.”

This reality constantly tests your character. It’s also contagious, so you can easily pick it up from others. The corollary to this trait is that when people think you’re broke and powerless, they treat you with indifference, at best; more likely, however, you can count on outright disdain.

Susceptibility to the Three Fs

Most people, regardless of their basic personalities, have the potential to become very ugly when any of the three Fs — fame, fortune, and family — are at stake. Stories of people trampling one another to get to the top of the entertainment ladder are legendary, and anyone with the slightest business experience has witnessed the same kind of ugliness surface when large sums of money are on the line.

Family, however, brings out the most neurotic, ugly behavior of all. This is especially true of parents when they believe their children are being given a raw deal or are in some way being threatened.

If you’ve had any experience coaching Little League baseball or any other kind of youth sports, you know what I’m talking about. A youth coach normally explains to team parents at the start of the season that (1) winning is not important, (2) fun and learning are the team’s primary objectives, (3) some children will play more than others, but everyone will play the minimum amount of time required by league rules, and (4) parents should set an example for their children when it comes to good sportsmanship.

All parents assure the coach that they completely understand and agree with everything he has told them, and most of them probably mean it when they give such assurances. In fact, the parents are friendly, gracious, and completely supportive of the coach — the epitome of goodwill — until the first game of the season, at which time they begin acting like werewolves in the glow of a full moon.

Obviously, there are an infinite number of human traits to consider when dealing with others, but I find the ones I’ve listed above to be of special importance to me when interacting with others. I think you’ll find it to be a worthwhile project to make up your own list of human traits that you’ve observed over the years and refer to it often to keep you on your toes when it comes to human relations.

The important thing is to accept the reality that human nature is what it is, and when you try to delude yourself about it, bad things tend to happen.

What are your best strategies for dealing with others?

[Ed Note: Robert Ringer is the author of three #1 bestsellers, two of which have been listed by The New York Times among the 15 best-selling motivational books of all time. Through his books, articles, speeches, and seminars, he has helped more people transform their aspirations and goals into reality than perhaps any other author in history. His articles appear regularly in Early to Rise, A Voice of Sanity, WorldNetDaily, and numerous newspapers nationwide. Gain immediate access to A Dealmaker’s Dream and many bonuses for 66% off here.]
Posted in Self-Improvement, Skill Development