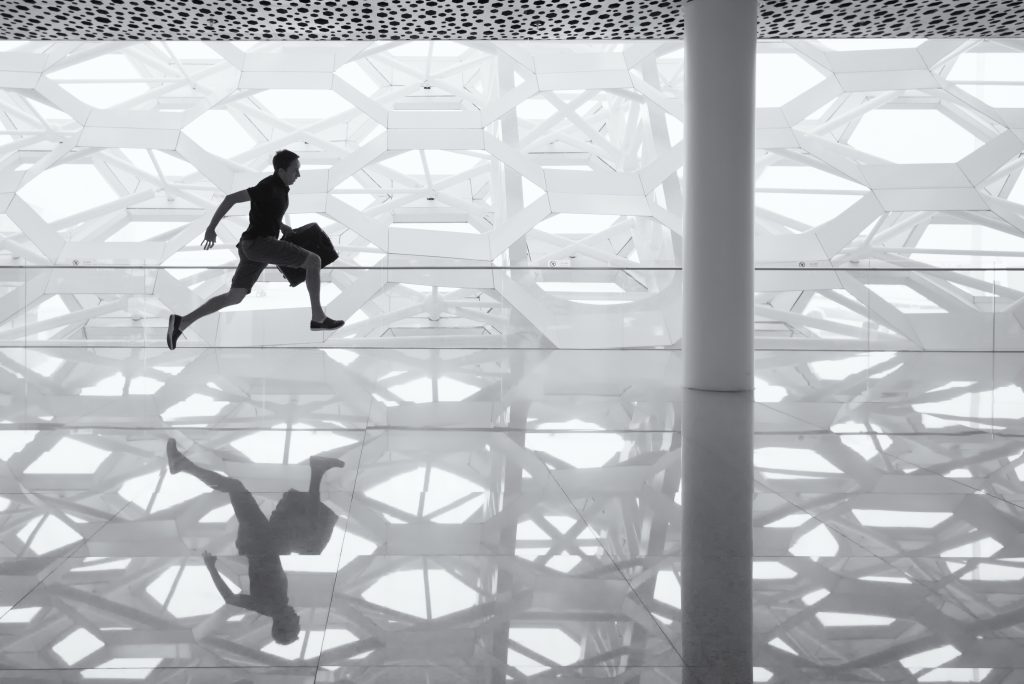 Stop me if you’ve heard this before.

“You should really try to be LESS mindful. Your clients and co-workers will appreciate it.”

I’m guessing you haven’t heard this before because most people will tell you the opposite is true.

They’ll say, “You should practice being more mindful, research says this…”

‘This’ makes me cringe.

Today I’ll explain why being mindful is bad advice for most small businesses. And I’ll show you a simple way you can get the same benefits mindfulness offers without any of the negatives.

Mindfulness is the quality or state of being conscious or aware of something.

Now let’s think about why Fortune 500 companies might want to promote mindfulness in the workplace?

Companies like Goldman Sachs, Intel Corps, Aetna, General Mills, and Google have all jumped on the mindfulness bandwagon. But why?

The Wall Street Journal asked David Gelles, author of the book Mindful at Work to explain:

There are a few reasons … [mindfulness programs] became popular now. First is that, unlike 10 years ago, we now really have an enormous body of research that points to the practical and measurable benefits of mindfulness practice — study after study shows that mindfulness makes people less stressed, more productive and maybe even healthier, and maybe even happier too. It’s backed by a lot of science.

The second reason is that across the country there’s a loosening up of social mores right now and things like yoga and meditation just are not as foreign or as taboo as they once were. Yoga has become extremely popular. This is maybe one reason that mindfulness is particularly popular in places like Silicon Valley, but you even see it happening here on Wall Street. Goldman Sachs Group, Blackrock, Bank of America have all started their own programs.

And finally, the pace of our workdays and our reliance on this always-on culture has made mindfulness more needed than ever before. The degree to which everyone is so hyperconnected and so addicted to their smartphones and email has gotten many people to a place where mindfulness is a really welcome antidote to this incessant communications culture.

Forbes did its own investigation and found:

More than one-quarter of Aetna’s workforce of 50,000 has participated in at least one mindfulness class, and those who have report, on average, a 28% reduction in their stress levels, a 20% improvement in sleep quality and a 19% reduction in pain. They also become more effective on the job, gaining an average of 62 minutes per week of productivity, each which Aetna estimates is worth $3,000 per employee per year. Plus, Aetna found that the annual healthcare costs of employees that participated in the program were an average of $2,000 lower than their counterparts!

Imagine that, Aetna, a company of 50,000 employees found that mindfulness training saves them an average of $5,000 per employee, per year. Assuming every employee in the company participates in at least one mindfulness class, that’s an average savings of $250,000,000 per year.

Do you think other big companies are going to follow suit?

‘OK, remind me again why this is bad?’

The answer is, yes.

I can’t argue these are bad, but they’re really only beneficial for larger companies.

If you’re a small business, you won’t see savings in the millions per year by implementing mindfulness training.

Your costs will be less and therefore the savings should scale down. But you still need to factor in the opportunity costs that big businesses can offset that you can’t.

Big companies benefit from trends like mindfulness because they shave costs that add more money to their already huge bottom lines. When employees experience less stress and more happiness in the workplace, they become more productive (read: they become better at toeing the line).

For small business owners, the goal should not be to get your employees doing the wrong jobs more effectively. You should be trying to cultivate an environment where Big Ideas are born.

All it takes is one Big Idea to double, triple, sometimes even quadruple your business’ bottom line. It could be a winning sales letter, a winning product idea, whatever.

When do you get your best ideas?

When you’re daydreaming are you in a state of conscious awareness? No.

Don’t take my word for it. Neuroscientists have been studying the benefits of mindlessness and exercise, specifically, for years.

About three decades of research in neuroscience have identified a robust link between aerobic exercise and subsequent cognitive clarity, says Karen Postal, president of the American Academy of Clinical Neuropsychology, and to many in this field the most exciting recent finding in this area is that of neurogenesis. Not so many years ago, the brightest minds in neuroscience thought that our brains got a set amount of neurons, and that by adulthood, no new neurons would be birthed. But this turned out not to be true. Studies in animal models have shown that new neurons are produced in the brain throughout the lifespan, and, so far, only one activity is known to trigger the birth of those new neurons: vigorous aerobic exercise. That’s it. That’s the only trigger that we know about.

We know going for a run or doing any type of vigorous aerobic exercise will result in a physiological change in how our brains process information, helping us make better decisions and think more clearly.

But what are some other benefits to practicing mindlessness?

In a 2013 article a trio of psychologists in the Journal Frontiers in Psychology argued this:

We mind wander, by choice or by accident, because it produces tangible reward when measured against goals and aspirations that are personally meaningful. Having to reread a line of text three times because our attention has drifted away matters very little if that attention shift has allowed us to access a key insight, a precious memory or make sense of a troubling event. Pausing to reflect in the middle of telling a story is inconsequential if that pause allows us to retrieve a distant memory that makes the story more evocative and compelling. Losing a couple of minutes because we drove past our off ramp is a minor inconvenience if the attention lapse allowed us to finally understand why the boss was so upset by something we said in last week’s meeting. Arriving home from the store without the eggs that necessitated the trip is a mere annoyance when weighed against coming to a decision to ask for a raise, leave a job, or go back to school.

You can see why telling someone, especially a creative, to be more mindful at work is bad advice.

Tony Robbins likes to say, “You can’t feel fear or anger while feeling gratitude at the same time.”

In his 1976 book The Joy of Running, author Monte Davis said something similar about mindlessness, “It’s hard to run and feel sorry for yourself at the same time.”

If you want a proven strategy that will reduce stress in your employees, increase productivity on the tasks that shape your bottom line, and increase overall company health, start by promoting deliberate mindlessness, not dissuading it.

And if you really want to help your team, buy them all a new pair of running shoes 😉

What a Leader Must Do

A leader’s role is to create an environment where people can do their best work, and not to tell them what to do and monitor how they are doing it. The point of an open organization is to relax the constraints of management to create the environment in which your team can do their best work. And what is most important is to cascade this philosophy through every manager in the organization. You have to have a deep belief that your team will come up with a better solution than any individual, including yourself. If you think you have the better answer and just go through the motions, it will never work.