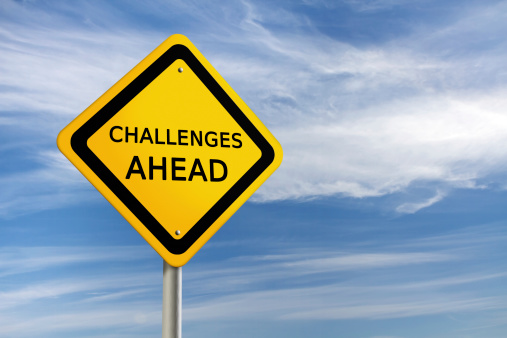 My mother’s sacrifices kept me out of jail. I truly believe that. She spent years working night and day at her low paying job before coming home each night and practically raising two children on her own. This meant she was constantly putting off taking care of herself. Her sacrifice, combined with the wrong lifestyle decisions and a paucity of knowledge about healthy living started taking their toll. Today, she suffers from high blood pressure and pre-diabetes symptoms. But…

…since she retired she’s been busy making changes.

Every month when I visit she seems to have added another healthy habit to her daily routine. She walks outside. She has a treadmill for wintertime. I’ve even stumbled across her doing intervals on it. Intervals! At 70 years old. Her son couldn’t be more proud.

Her diet has improved. There are more greens prepared for every meal when I’m there, and I’m no longer the only one eating them. She mixes spinach into mashed potatoes. She makes fruit smoothies for breakfast. And she’s constantly watching cooking shows and scouring the web for healthy recipes.

Because what else was she going to do?

What good would it do for her to just give up? What would happen if she didn’t even try to eat a little better or exercise a little more? That would only hasten her decline.

And what of you and your struggles?

Yes, achieving your goals and making progress in any area of life is hard. But what else are you going to do? Quit? Give up your self-reliance and depend on others?

No, you’re not going to do that. You’re going to persevere through the dips and overcome the obstacles that are in your way until you achieve the success you deserve.

If you smoke, but struggle to stop, are you just going to give in to the addiction until it kills you? Are you going to quit on quitting?

No, of course not.

If you’re trying to lose 25 pounds but progress is slow, what are you going to do? Quit? Remain overweight and unhealthy? Start eating more and exercising less? No, of course not, that will only make it worse. If you fall off track today, then you’re just going to start again tomorrow.

If you’re building a new business, yes, it’s hard. Results won’t come overnight. But what else are you going to do? Quit? Go back to the job you hate, working for a boss that doesn’t appreciate your efforts and for a company that doesn’t make a real difference in the world?

No, of course not. You’re going to review your vision, put your energy into identifying the right solution for your chosen marketplace, and spend time on improving your offer until it connects with more and more of the people you are dedicated to helping.

You see, quitting only makes things worse. It might make things feel easier in the short-term, but, in the long run, quitting is the worst thing you can do.

Giving up on trying to quit smoking would make today easier, but your long-term health would suffer. Quitting your health and fitness program to sit on the couch will give you pleasure today but will make your later years more difficult and full of complications. And quitting on building your own business would reduce your stress this week but would lead to constant worry about the kind of life you’ll live during your retirement.

When the only other option is quitting – and thereby making things worse – then you have no other choice but to soldier on.

At Christmas time in 1944, while millions of men and women slept safe and sound in their beds in North America, thousands of young men faced the toughest task of their lives in the Battle of the Bulge. It was the largest and bloodiest battle fought by American soldiers in World War II.

They had stormed the beaches at Normandy. They had marched over 200 miles in the race to Berlin. They lost friends, scores of friends. And now, in the dead of winter, deep in the Ardennes forest, caught by surprise (at Christmas time no less), they were being attacked and pushed back like never before.

But what were they going to do? Quit?

Instead, despite freezing in their foxholes day and night, wearing the same clothing for weeks on end, and being denied access to the basic elements of humanity, these young men dug in and took back the line. They sacrificed more than you or I will ever be asked to give, because they knew that quitting was not an option.

They were beyond the point of no return.

Just as you are past the point of no return in your journey to success.

No. You can quit when you’re dead. For now, it’s time to get out there and finish this journey. As you persevere, remember one of the mottos that I live by.

“It will all be over soon.”

All bad times come to end.

Until then, we are left with a powerful choice. To quit or to carry on. If we quit, we only make the ending worse. If we carry on, we will feel the situation getting harder at first. However, everyday that you make progress, things will get better and the future will become brighter.

If you are dealing with a divorce, never forget that there will soon be better days. You will fall in love again. If you struggle financially, understand that there are proven methods to getting out of debt and getting back on track. If you are trying to overcome health problems, know that there are solutions and that there is support out there for you. You can succeed. You can take control of your future.

Persevere through the dips, and you’ll come out stronger on the other side.

Tell us how you stay motivated to persevere through the tough times.