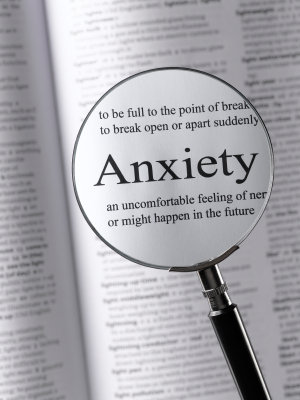 My client was a five-foot-six, 310 pound, 56-year-old lawyer that was stressed out and struggling with health problems. And yet on that sunny Wednesday morning I had to ask him to take me to the hospital.

It was 2006. That was the year I had a big financial breakthrough in my online fitness business. It allowed me to stop being a full-time personal trainer and to switch over to a full-time focus on growing Turbulence Training. But before that could happen, I had to go through one of my biggest struggles in life.

The struggles were my fault. I had brought them upon myself by living a hypocritical lifestyle. During the week I was training clients at the gym showing them how to lose weight, eat better, and improve their health. I would wake up at 4:30 AM to work on my online business before heading downtown to meet my first client at 6:00 AM. After a few hours of training, I’d return to my apartment and spend the rest of the day creating workouts, writing emails and shooting exercise videos for my fitness website. That was the right way to live, but then on Saturday nights I messed up. I stayed out late and drank too much alcohol, leaving me tired and stressed on Monday morning.

Burning the candle at both ends caught up with me. I wasn’t a 21-year-old anymore, but I made the mistake of living like I was.

On New Year’s Day of 2006, I experienced my first incident. That holiday season had been particularly busy with Christmas parties and early morning gym sessions resulting in missed sleep. For whatever reason, my body responded with what appeared to be an anxiety attack. For twelve hours my heart rate was elevated, my breathing was labored, and I felt terrible.

An anxiety attack, for those of you that have never had one, is a terrible experience. You feel as though you have no control of your life. I woke up in the middle of each night thinking I was having a heart attack. But I worked through that episode with sleep, a yoga session, and a week of perfectly pure living.

My feelings of invincibility returned after a few weeks and I began to slip back into my bad habits. Each night I would stay up until 11 PM and wake up at 4:30 AM to keep working on my business. These hours might seem like child’s play to a medical resident, but I simply wasn’t meant to keep them.

In March, I woke up on a Tuesday morning after a rather strange dream. Within minutes I could feel the onset of another anxiety attack. I knew it was coming and yet there was nothing I could do about it. But this time it just wouldn’t go away. No matter what I tried there was no relief. Day after day I dealt with the symptoms: a tight chest, tingles in my head and arms, and short, shallow breaths.

The next six weeks were an incredibly difficult period for me. I tried everything, from Qi Gong to meditation to yoga in order to get rid of the symptoms, but nothing worked. I even went so far as to buy a dog, a lil’ chocolate lab puppy that I named Bally, in hopes that petting the dog would help calm me down. Of course, if you’ve ever owned a puppy, especially a lab, you’ll know that they cause even more stress and anxiety. So nothing I tried brought me permanent relief.

There were good days, where the symptoms felt like background noise and there were bad days, where it took all of my power not to go to the hospital. But eventually, as I mentioned earlier, I lost that battle too…

It was a regular Wednesday morning and my client was doing bodyweight exercises in the small, upscale studio in uptown Toronto. Near the end of his workout, I gave up. I had to get out of there. The walls felt like they were closing in on me. Fortunately, my client gave me a ride to the emergency room of St. Michael’s. Just being there lessened my symptoms significantly and hours later, after a chest x-ray that showed nothing was wrong with me, I was sent home wearing a heart-rate monitor.

I sat down at my computer and began searching the Internet (again) for the solution to my problems. That’s when I stumbled across an eBook called Panic Away. Within an hour of downloading the book, I was cured by five simple words in Chapter Two. Literally cured. It was almost as though I had been shaken and told to snap out of it.

I was too busy for this, I said to myself. I had a call with my business coach in an hour and we were working on a product launch for my fitness business that would change my life forever. I needed to dedicate my energy and focus to that project, not worrying about my health.

There was nothing wrong with me. The doctors proved it. The heart rate monitor data would later confirm it. I knew what to do, what changes to make and that I needed to stop living like an immature fool. The worst day of my life became one of the best things to ever happen to me because it forced me to grow up and transform my future.

That was when I grew up, perhaps a lot later than I should have, but better late than never.

We all suffer from anxiety, but I hope you never experience the same intensity of symptoms that I dealt with. If you do, please see your doctor and make the changes in your life that they recommend.

But for day-to-day situational anxiety, we can turn to one of my daily guiding documents (and one that should be in yours as well), the Kekich Credos. Revisiting #97 which is posted above, says, “Anxiety is usually caused by lack of control, organization, preparation, and action.”

Look at the stressful situations in your life and identify how you can overcome them through better living, organization, preparation, and action. In business, accept that at some point you will need to take action and fail forward. But if you do all the preparation work and you take small, educated risks, then you will maximize your chances of success while lowering your stress and anxiety.

You also need to set rules for your life and stick to them. (If you aren’t sure how to do this, watch this short video and read this article where I describe mine.)

Despite a handful of setbacks following that low point in my life, it’s now been years since I’ve felt even a twinge of panic. My stress levels are low, my life is filled with better people, and more importantly my external devotion to my 10 Million Transformation Mission keeps me focused on what really matters.

It was during that time I also discovered that one should never, ever give up on looking for the solution to your problems. When I read those five words in that simple eBook, I knew that after six weeks of searching, I had finally found the missing factor that would lead to my recovery.

“There’s nothing wrong with you.”

That was it. That’s all I needed to hear.

I read that again and again, and said to myself, “I’m way too busy for this.” And that was it. I wish everyone’s problems could be solved so simply. However, no matter what you are going through, I’ll leave you with this advice.

You must look at what could be, not what you are. You can change. Things can be different. It’s up to you. So much can be accomplished with a long-term vision and resilience to short-term setbacks. Stay strong, and let us know how we can help.