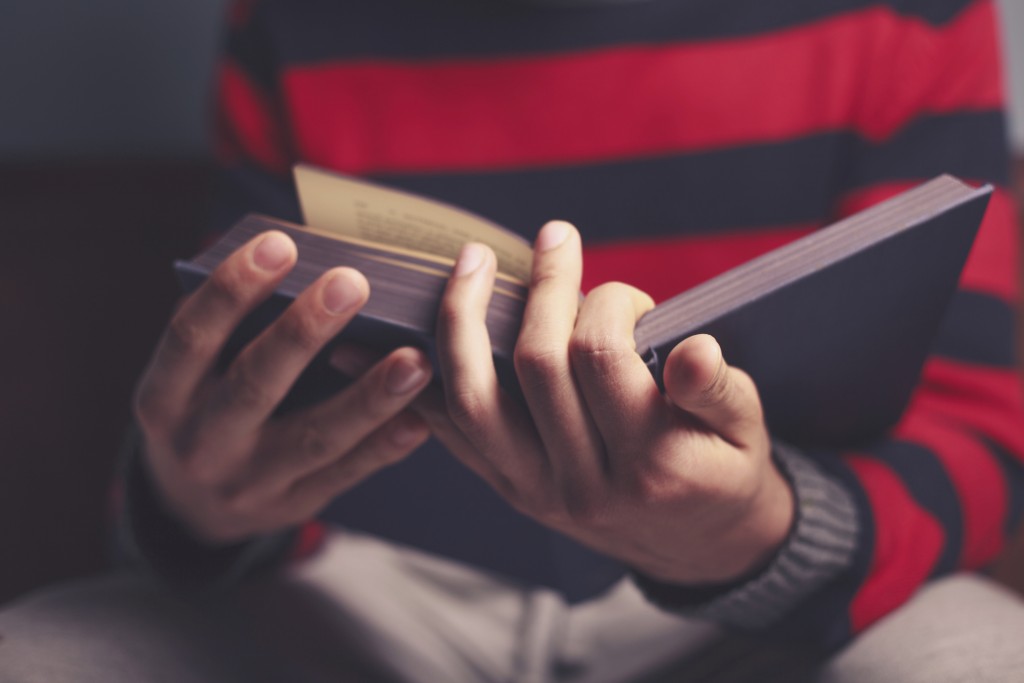 Caught you looking for a shortcut didn’t I?

Don’t worry, it’s an understandable one. Reading is important. We’re all busy. It’s natural that we’d want to do more of it, more quickly. That’s why we google ‘speed reading’, check out apps that supposedly help us and ask other readers for their “secrets.”

But as I’ve said before, this misses the point. No one tries to have sex faster. Or wants to meditate more efficiently. No one tries to rush a baby out in less than nine months. Reading is supposed to be enjoyable, it’s supposed to take time, insufficient gestation is dangerous. It’s the thing you’re rushing to, not through.

There is no secret. Except there kind of is.

People like Shane Parrish and Maria Popova read hundreds of books a year. Famous figures like Theodore Roosevelt and John F. Kennedy were voracious readers too. Speed reading is the wrong word for what they do or did—but they are more prolific than most of us. How did they become better and better readers? I’ll let Tyler Cowen tell you:

“The best way to read quickly is to read lots. And lots. And to have started a long time ago. Then maybe you know what is coming in the current book. Reading quickly is often, in a margin-relevant way, close to not reading much at all.”

Note that when you add up the time costs of reading lots, quick readers don’t consume information as efficiently as you might think.  They’ve chosen a path with high upfront costs and low marginal costs. “It took me 44 years to read this book” is not a bad answer to many questions about reading speed.

In other words, it’s a prime example of B.H. Liddell Hart’s old line that sometimes the longest way around is the shortest way home. To get fast, we have to be not fast for a really long time.

In chess, this is called chunking. A grandmaster is able to understand and recognize a position and a pattern with just a simple glance at the board. It is only after years of practice that they can do in seconds what takes others minutes.

It’s why when I want to learn about a topic, I swarm it. The first book I read about the Civil War was tough—I didn’t get any of the names, the places, the narrative of the war. The next one was a little easier, right, because those unfamiliar places were slightly more familiar. By the tenth book, I was finishing the author’s sentences. We get faster at reading because we know more and we know more because we’ve read a lot.

The same goes for any topic. Business books are easier to read when you’ve studied history and psychology—because those are the subjects they often lean on (also the more business books you read, the more you recognize the same handful of anecdotes and examples). History books are more digestible when you’ve read biographies, because you get a sense of the timeframes, the people, the background. The classics are less overwhelming when you’ve read the books based on them.

And this is true in any and all directions. And for more than just books. Envision, for a second, a master practicing a craft that you know is exceedingly difficult. Yet, it looks deceptively effortless. There’s no strain, no struggling. So relaxed. All reflex. No exertion or worry. Just one simple movement after another.

They also know what not to get distracted by, what to ignore and when they’ve come to a dead end. It’s ok to quit books that tread old ground or provide only superficial treatment. When the author is dead wrong or out of date, you have to move on too. This is how you speed up your total reading (by limiting the time you waste) but it won’t help specific books, obviously.

If I pick up a book about physics or a book of poetry tomorrow, it’s going to be slow going. Because I’ll be stopping to look things up on Wikipedia, it will occur to me that I have no idea what the last three pages were about and need to go back, it’s going to be frustrating and I’ll take breaks. There’s no shame in that. In fact, it means I am pushing myself. My mile time will be slower on a course I don’t know well, I’m going to struggle more when I try to lift more weight than I usually do.

The point is: If you want to be a faster reader, you know what you need to do. You need to invest in reading as a skill. Not in courses, not with charlatans or quick fixes, but invest in books and in putting time aside to make it a priority. You need to be willing to do this for a long time. Treat your education as the job that it is.

Think of it the way you’d think of saving for your retirement. The earlier you start and even minor increases in what you put in can have massive impact on the amount you’re eventually able to take out. It’s called compounding returns. That’s how reading works, that’s how knowledge works. It’s why some of the richest people in the world consider books to be among their greatest assets. They recognize those same forces are at play.

As I’ve said before, it’s obvious why people focus on speed reading. They want the results without the work. They want to get rich quick and bristle at the attainable way right in front of them: getting rich slowly. There is and never will be a substitute here. Put the time in, you’ll get the results.
You might even get them faster than you expected.

[Ed Note: Ryan Holiday is a media strategist and prominent writer on strategy and business. After dropping out of college at nineteen to apprentice under Robert Greene, author of The 48 Laws of Power, he went on to advise many bestselling authors and multi-platinum musicians. He is the director of marketing at American Apparel, where his campaigns have been used as case studies by Twitter, YouTube, and Google and written about in AdAge, the New York Times, and Fast Company.]
Posted in Self-Improvement, Skill Development
This error message is only visible to WordPress admins