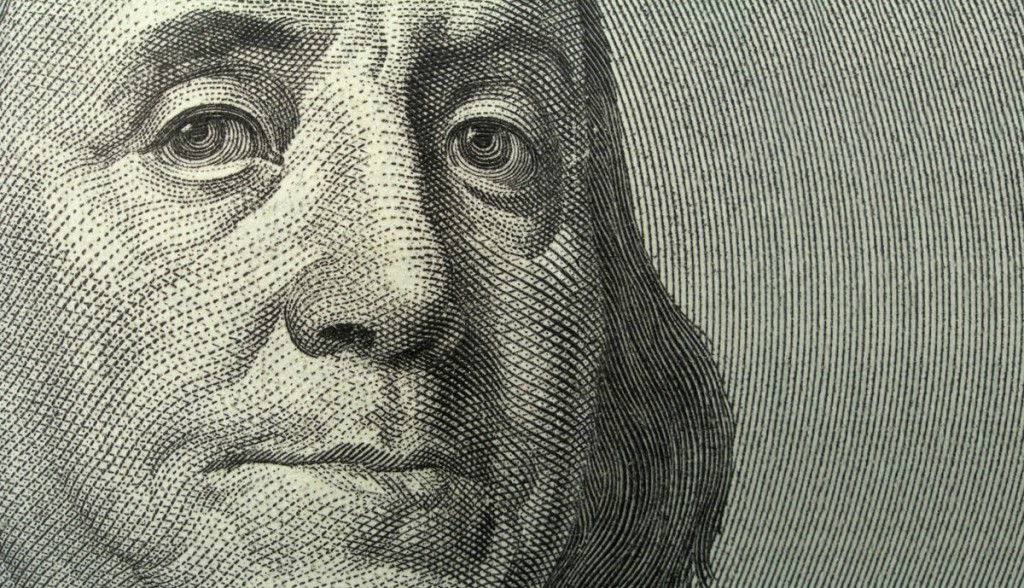 It’s easy to get distracted by the newest and flashiest “business advice” from Silicon Valley or Fortune magazine. But in reality we should be looking to the proven past rather than today’s uncertain business environment.

Often the most practical information can be taken from a simple history lesson. Take today’s lesson for example. You’ll find incredible value in the origin story of Ben Franklin, America’s founding father, and first millionaire.

Franklin was the youngest son of 17 children. His father was a poor candle-maker. He simply couldn’t afford to supply his youngest son with opportunities early in life. Franklin decided that it was up to him to make his own way in the world.

But things didn’t come easy for young Ben. First, he spent five unhappy years toiling as a printing apprentice for his older brother, James. Back in those days, printing was hard work. Franklin was responsible for managing and moving the printing press plates which was tedious and extremely heavy.

Not surprisingly, Ben wasn’t happy with this arrangement. His very own brother was so jealous of Ben’s talents and intellect that he repressed and scolded Ben constantly. In frustration and despair, Ben broke the law of the colonies and ran away from his apprenticeship.

He had to bribe a ship captain to take him to Philadelphia. He landed there with three shillings in his pocket and rags on his back.  But it was there that he established a printing shop of his own which in turn led to him moving into other related industries, becoming an authority in the printing market.

He then retired at 42. And, as they say, the rest is history.

He used this simple “pre-tirement” secret to building wealth.

What he discovered is not new, but it is hard for some to stomach. He understood that he was on his own, just like everyone is.

Understanding this simple concept helped him build his robust and enjoyable “pre-tirement.”

You see, since Franklin knew he was on his own, he didn’t invest his money in things he didn’t understand.  When Franklin arrived in Philadelphia, the city was ravaged by the South Sea Bubble. A group of speculators sold stock in a company and hyped it up. The stock prices went soaring until people came to their senses.  Many folks lost piles of wealth and bankruptcies throughout the entire British Empire sky-rocketed. Franklin saw this in Philadelphia and he vowed never to simply trust the financial judgment of others.

In fact, the South Sea Bubble was scarily similar to the Tech Bubble. But too few learned the history lesson.

Ben Franklin didn’t invest in the “hottest” stock or the most popular bonds, instead he built his wealth rapidly by investing in what he knew and understood.

He knew printing very well. So as soon as he saved enough, he opened his own printing shop.  Then, from printing, he invested his money in publishing his own newspaper.

After the newspaper was gushing profits, Franklin turned to the most popular style of books of the day:  Almanacs. Hence, he started printing Poor Richard’s Almanack.

His newspaper and books brought him fame and he used his connections to secure a contract to print the colony’s paper-money. After that he won the contract to print official documents including court papers and royal proclamations.

All of his business and investing was tied to printing and publishing. Unlike most wealthy colonists, he didn’t follow the “hot stocks” that traded in Paris and London. Instead, he invested in what he knew. And he knew printing.

After he printed and published as much as he could in Philadelphia, Franklin opened printing franchises in the other colonies. He would provide capital and expertise, and younger printers would supply the sweat equity.

After he began opening up franchises, then he used his wealth and connections to become the Postmaster. This allowed him to get his newspapers out faster than the competitors and helped him build his core printing business.

Finally, he used his newspapers to sell his various inventions like bifocals and the Franklin stove.

SUGGESTED: The One Trait That Elon Musk, Ben Franklin, and Marie Curie Have in Common

What should you take from this?

Understand that when you’re trying to build wealth, don’t stray too far from the expert knowledge you’ve already acquired.  Invest in what you know.

Don’t simply buy mutual funds or equities your financial planner tells you to invest in.  Now you might be saying, “but he’s an expert and I should trust his expertise.”  Whatever you gain by consulting his increased knowledge, you lose by not learning how to do it yourself.

That’s why you should build wealth by investing in things you know and understand.  Also, that means you’ll know more about those investments than any advisor does anyway.

Here’s how you can apply Franklin’s wealth-building strategy:

Think about the business you’re in. You know your industry well. You go to trade shows, you read industry publications and you’ve got a network of contacts that share the gossip with you.

Use that information to analyze investment opportunities in that space and capitalize on the unfair advantage your superior knowledge brings.

Along with that, you should look for weak spots in your industry. Think about what major problems aren’t getting solved. Think about the problems your company and its competitors face. Can you build your own small side company to solve those problems? Or can you form a consultancy that helps companies solve those problems? If so, you can quickly create a low-risk business that will ensure you’ll be able to retire with lots of cash flowing in.

Don’t listen to anybody who tells you that you need an “expert” to help you build the retirement of your dreams. Nobody will manage your wealth with more care and attention than you.

Warren Buffett learned this lesson. It’s the key to his investment wealth. He calls it the “circle of competence.” And that circle helped him make a fortune by investing in what he knew and understood: insurance stocks.

Here’s what Buffett said about it:

“There’s a whole bunch of things I don’t know a thing about. I just stay away from those. I stay within what I call my circle of competence.”

Buffett understood Ben Franklin’s “pre-tirement” secret. And it made him a fortune. Odds are you won’t become as wealthy as Buffett, but you can certainly use it to build a healthy and wealthy retirement.

If you only get one thing from this article, remember Ben Franklin’s secret: you’re on your own, but that can be the most amazing thing

Posted in Entrepreneur, Investing, Wealth and tagged ben franklin, pre-tirement, Retirement
This error message is only visible to WordPress admins