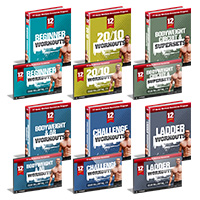 What can you do in four minutes…….

Jump back to part 1, of this exert interview series with Brian Kalakay of Xtreme Results, to find more about the four-minute body weight workout from the New Home Revolution Workout.

Today,  Brain and I will discuss the different types of workout to help you get the body you want by summer.

What I would say is, it’s not going to build your body in the exact same way, for most people, for the average person.

All those factors combined, what you would expect is moving more towards the men’s health cover model body, as opposed to someone that’s a little more muscular if you go really hard with the weights on the metabolic resistance training.

We do have those metabolic accelerators with the dumbbells, if you have access to them. They obviously help with what I’m talking about in the last couple minutes here, but a slight variation in the response you’re going to get. I look forward to more science coming out here.

Just going back to your original part of the question. Like most people, I’ve heard about Tabata training ten years ago but I was very skeptical about how it responded with body weight training and that’s why I was very happy to see that study come out this year.

Brian: Sure, sure. Absolutely. Now, like we said back at the body weight thing, this stuff is great because it’s no equipment. With a lot of people, I feel like that’s a big obstacle for them, “Why do I have equipment? I have a gym membership but I don’t have time to come in and do a session.”

I think this Home Workout Revolution program really kind of puts a cap on that excuse. Really, we know excuses are just the only thing standing between you and success. This body weight training is definitely big.

Would you say body weight training is the best form of exercise for fat loss?

What I would expect you would find is that you would have the same fitness level improvements in all of them, perhaps slightly better fitness improvements with the sprint interval training and cardiovascular fitness. Obviously muscle endurance for upper body would be better in the metabolic resistance training with weights and the body weight training. You might have the best muscular endurance and body weight exercises from the body weight training. It’s the most specific.

When it comes to actual physical changes, you would have probably the greatest gains in muscle mass with the metabolic resistance training with weights. You wouldn’t have the same upper body mass gains in the sprint interval training, for sure. There would be significant differences between those two. I don’t know if you’d see significant differences between that and body weight training over eight to 12 weeks.

Then I think at the end of the day, the body fat decrease in all three groups would be significantly greater than the control group, of course, and probably would not vary much between the three exercise groups.

I’ve put people in training studies before and there are certain things that you do see a difference in, but there’s also a huge amount of interpersonal variation. I’ve had guys in one training study where a guy gained practically no muscle mass. He was really skinny to start with and he ended up really skinny to end with, whereas another guy who was slightly built gained 17 pounds of lean mass in eight weeks.

I don’t just think of one individual person, I think of large group studies. Those guys were using the same protocol and the same supplement, and that was the range that you’re going to get on a training program, which is why some people respond to stuff better than others. 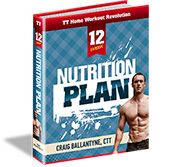 I always think in terms of, “What’s the average response going to be? Will I really see a difference if I do it that way?” At the end of the day, I think all three of those forms of exercise are fantastic for losing body fat, significantly better than not doing anything, of course.

Significantly better than doing cardio, and accelerated by the right diet, as well.

Brian: Sure. You brought up a good point that ties in with my next question which we’ll go over in part 3.

We’ll talk to you soon,