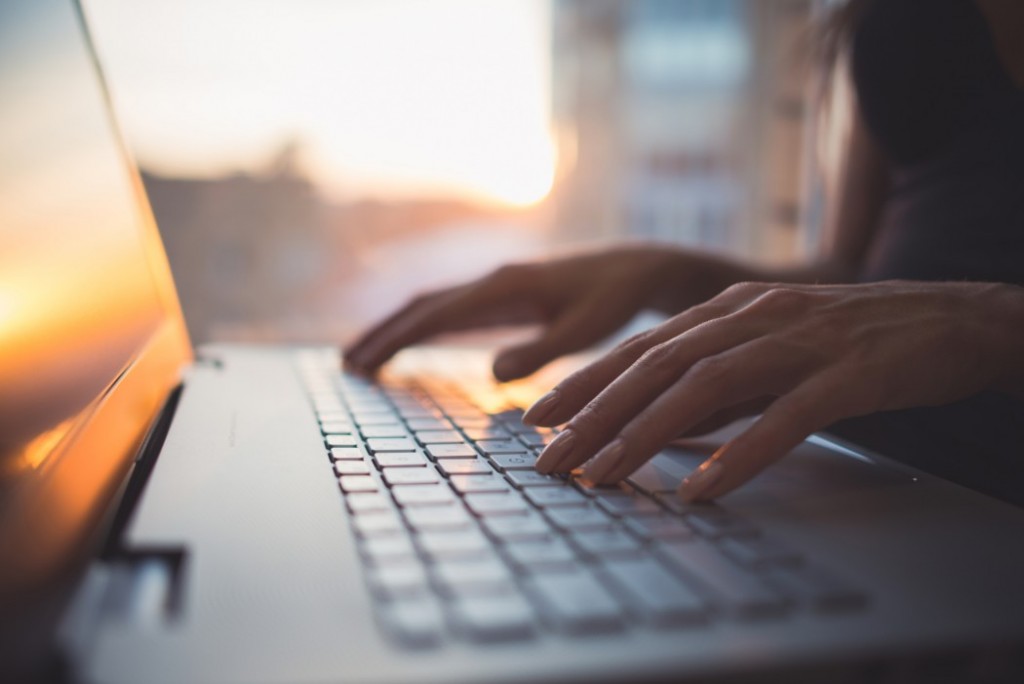 Before we get to the 7 strategies, you need to answer one question…Why do YOU want to wake up early?

If your answer is, ‘I want to be successful and that’s what most successful people do, they wake up early,’ I’ll tell you right now, you’re going to fail.

Has this type of thinking ever helped you wake up early in the past? Be honest.

Think about all the times you HAD to wake up early in your life?

Did your desire for success ever motivate you to wake up early in any of these situations? (with the exception of maybe your work meeting or training client). NO. But you did, anyway.

That’s what most people have you believe. The problem with this way of thinking is it’s not easy finding that “something” that excites you. This advice is akin to the career advice ‘follow your passion.’ Very few people are able to turn their passions into long, and fulfilling careers. For the rest of us, ‘follow your passion’ is simply bad advice. The same goes for waking up early.

The second mistake a lot of people make when figuring out why they want to wake up early is they only focus on the benefits. You hear that waking up early will give you more energy, you’ll be less tired, you’ll have more time to work on your side business, which can make you more money. All these benefits are true, to some extent. But, they’re not going to be enough to motivate you to actually get up early in the morning. The minute you miss your bedtime because you stayed out late, those benefits will vanish. The warm siren call that is your bed or snooze button will win.

Rarely do we talk about the negatives of not waking up early — which seems odd to me since there are many studies proving humans are more motivated by avoiding pain than pursuing pleasure.

Below I’ve listed 7 strategies that will start the slow shift in your mind to waking up early. Getting up early is a habit and like any habit you’re trying to build or break, it takes time. Some strategies will work faster than others (those are your cold-turkey strategies) while some will seem like they’re not working at first, but over time will build up enough pain that you feel like you have no other choice but to wake up early.

Strategy 1: The Kanye West Method — One of the reasons why you will wake up early for a work meeting or doctor’s appointment, but you won’t get out of bed to work on your “dream,” is because you’re afraid of getting in trouble by your boss or doctor.

Unless you’re willing to hire a coach, the accountability will never be there to work on your dream. So let’s assume you can’t afford to hire a coach and you’re not going to bother one of your friends to keep you accountable. What should you do?

First, understand the fear you’re experiencing is really anxiety. And to overcome that anxiety, you already know that waking up early is the best approach. Your boss can’t get mad at you if you come to meetings 5 minutes early and prepared. Your doctor won’t charge you $50 if you arrive 10 minutes early. Deep down you know waking up early works because you’ve done it before.

By contrast, look at how most celebrities and even your doctor act. They make YOU wait. Do you think Kanye West gets anxious about being late for a meeting? No, he’s only worried about Me, Myself, and I — this is the kind of attitude you need to adopt.

Screw your boss, the doctor, your clients — worry about you. That may sound crazy, but there is a way you can do this without upsetting anyone or getting fired.

You wake up early.

When you wake up early, you have time to indulge yourself. You can choose to say no to your work email first thing. You give yourself time to prepare for the day ahead so you’re not anxious or reactive. You make it so when you do show up to work, you’re poised and ready to own the day.

In Verne Harnish’s new book Scaling Up he talks about the importance of monitoring your business’ Cash Flow. Start-up business owners need to have cash on their mind EVERY SINGLE DAY and one way to make this a habit is by having your company’s CFO send you a Cash Flow report every day.

Whether you read it or not doesn’t matter, simply seeing the email in your inbox forces you to keep cash flow on your mind. Over time, once cash flow becomes part of your daily thoughts, then should you worry about the numbers.

What I’m suggesting is to start by first writing out the numbers 10-3-2-1-0 on a Post-It note and sticking that Post-It note on your bedside table or anywhere you will see it every night. We all know that waking up early starts the night before. Get into the habit of thinking about Craig’s formula every night before bed. (For more on Craig’s entire Perfect Day Formula, click here.)

10 is how many hours you stop drinking caffeine before bed.

3 is how many hours you stop drinking alcohol before bed.

2 is how many hours you stop eating before bed.

1 is how many hours you stop looking at electronic screens before bed.

0 is the amount of times you hit your snooze button in the morning.

You don’t have to follow the 10-3-2-1-0 formula at first, but over time, on nights when you are out drinking and binging on pizza right before bed, as you stumble into your room and you see the Post-It, a small part of you will feel defeated. This pain will eat at you until you change your ways and decide to actually start following the 10-3-2-1-0 rule. Cruel — but it works.

Strategy 3: Forcing Functions — I first heard about forcing functions by Dan Martell. He tells a story about a real estate agent who has a goal and a deadline but the agent doesn’t feel like he’s going to meet his goal or deadline.

Dan reframes the scenario by telling the real estate agent that if he doesn’t meet his goal by the deadline, someone is going to kill this man’s family. Extreme.

All that changed was the man’s motivation.

Dan says, “A forcing function is any task, activity or event that forces you to take action and produce a result.”

What are some forcing functions that will get you out of bed in the morning?

The pain of losing money. There are websites that offer services for goal setting. If you miss your goal or deadline the website will automatically donate a portion of your money to a charity you wouldn’t normally support.

The pain of embarrassment. Another forcing function could be scheduling really embarrassing Facebook, or Twitter, or Instagram status updates that will send at 6:02 a.m. if you’re not up by 6:00 a.m. to cancel the send.

The pain of letting someone down. If the thought of canceling last minute a scheduled appointment (say personal training session) scares you, consider scheduling training sessions first thing in the morning. If that doesn’t work — which it might not just ask any personal trainer — try committing to something else.

Strategy 5: Tell Yourself Blatant Lies Until You Believe Them — This is a weird one. I read somewhere that if you’re having trouble falling asleep you should lie to your body with affirmations. For example, you miss your bedtime and it’s now 2 a.m. and you have to get up at 7 a.m. Tell yourself:

Thank you for giving me these five hours of sleep tonight.

Five hours is exactly what I need to feel rested and energized in the morning.

My body is capable of miraculous things, the least of which is generating an abundance of energy from five restful hours of sleep.

I believe that I create my experience of reality, and I choose to create waking up tomorrow feeling energized and excited to take on my day, and I’m grateful for that.

Crazy, I know. However, some people swear by this method. Another approach, instead of affirmations, is reframing the way you talk to others and yourself about waking up early.

Researchers have found this change in vocabulary works wonders, especially for rules that you don’t want to break.

Strategy 6: Leverage Chains — When a celebrity endorses a product there’s a chain link in your mind that connects that celebrity’s skillset to the product they are endorsing. Don’t try to tell me for a second, you didn’t think your Air Jordan’s would make you a little bit like Mike.

Maybe you heard Dwayne “The Rock” Johnson just put out a new app yesterday, called The Rock Clock — an alarm clock app with no snooze button. A lot of people will download this free app because they see the success Dwayne Johnson has had and will associate it with his habit of waking up early. If that connection works for you, by all means download the app.

Another chain you can leverage is the negative link between the snooze button and procrastination. If the first thing you do in the morning is hit snooze, you’re really telling the world that you’re a procrastinator. If you say you want to be better than average, the thought of being associated with procrastination should be enough to motivate you to wake up early, without the snooze.

Strategy 7: Listen to Your Body blah, blah, blah — It’s cliché for a reason. By far the easiest way to get up early is to go to bed on time. When you go to bed on time, your body gets enough rest, and nine times out of ten will naturally wake itself up early. If every morning you wake up feeling groggy and not well-rested, two things to troubleshoot: 1) make sure you’re not interrupting your sleep cycles — use this website. 2) if you’re obeying your sleep cycles and still feel tired, go to bed earlier — you need more sleep.

There are a lot of other tips and tricks to waking up early but these should help you make the mental shift to becoming a morning person.

If you’ve got some secret tips to waking up early, let me know. Leave a comment on Facebook.

One Question to Help You Make Better Decisions

For the past three months, Daniel Pink has been beta-testing really short videos where he shares with viewers one actionable tip — he’s been calling them Pinkcasts. In Dan Pink’s first official Pinkcast, which published this week, he shares this tip about how to make decisions when you’re stuck:

I learned this technique from Chip Heath and Dan Heath from their book Decisive. What they advise is when you’re stuck on a decision, ask yourself this question, “What would you tell your best friend to do?” It turns out most people, when they reframe the problem that way, they know exactly what they would tell their best friend to do. And the reason is this: when we advise other people, we do a better job of offering advice. We’re more likely to see the forest rather than the trees. But when we advise ourselves, we’re so caught up in our own world that we end up seeing only the trees and not enough of the forest.

If you want more of these Pinkcasts, click here.